World of Warcraft is a famous MMORPG game created and developed by Blizzard Entertainment, a very popular studio in the video-game industry. The title itself exists for a very long time, but the player base keeps increasing year after year due to the amazing updates that Blizzard keeps delivering.

Many players are wondering if WoW will ever get down from the throne, but that’s highly unlikely, especially when an upcoming expansion such shadowlands is on the brink of release. 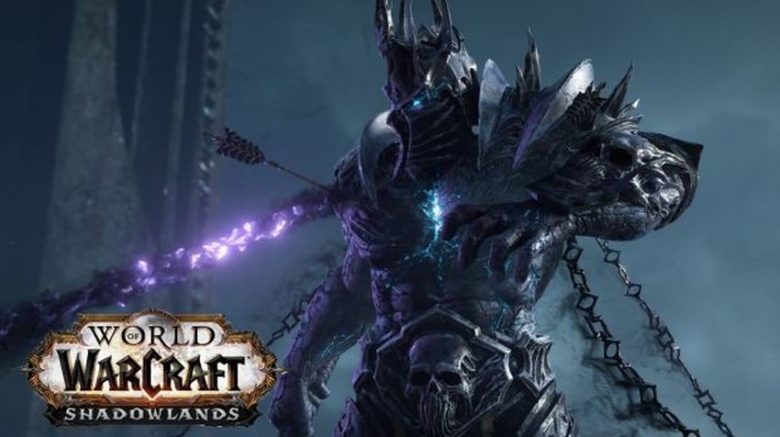 With every new update that WoW receives, the game sees an increased player base and a huge boost in community purchases, as well as positive reviews from critics. There are a few exceptions, such as the WoD (Warlords of Draenor) and MoP (Mists of Pandaria) expansions, but in general, the updates are pretty promising, and shadowlands are expected to deliver.

In this article, we are going to tell you the five most important reasons why you should be hyped about the new WoW Shadowlands expansion, so if you are interested in learning some more, feel free to read until the end. 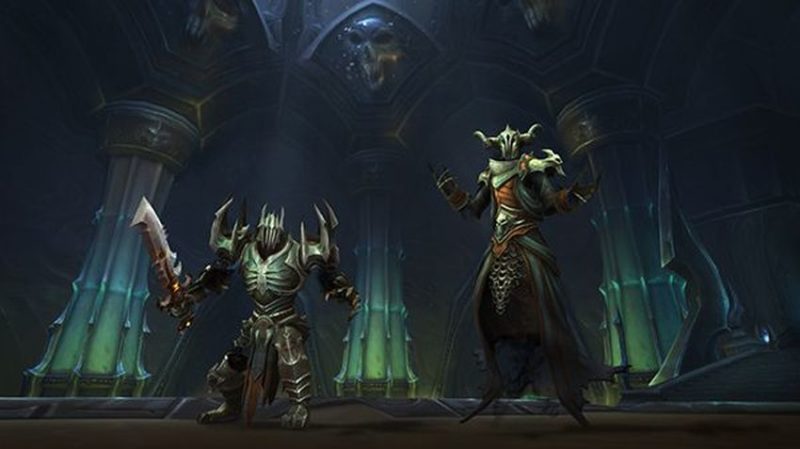 New levels, content, and quests are something that all WoW players enjoy seeing after each new update, so this always arrives in each new expansion, but shadowlands are specifically created to have very interesting storylines and quest-chains that will leave you stuck to your chair for a very long time.

The raid is not completely out yet, but pro teams have already made some very effective tactics for the parts that are released. The boss fights are unlike anything that you’ve seen before, and most of them will teach you mechanics which are going to be very useful for your future WoW experiences.

The items are scaled nicely and all of the loot that you’re going to receive from the raid will boost your character’s abilities for a very high amount.

PvE content is something that a lot of people are very excited about in a new WoW expansion, but something very cool as well is the new PvP arenas, which will allow you to have an entirely new experience while you’re battling other skilled players in your rank.

When it comes to PvE, the new zones will allow you to have many hours of endless fun and exploration, and if you are the fun of the storyline in this game, you will have a lot of new things to learn. PvP remains pretty much the same, but the new environments are exciting, and they might have a slight impact on the way the matches are played in the arena. 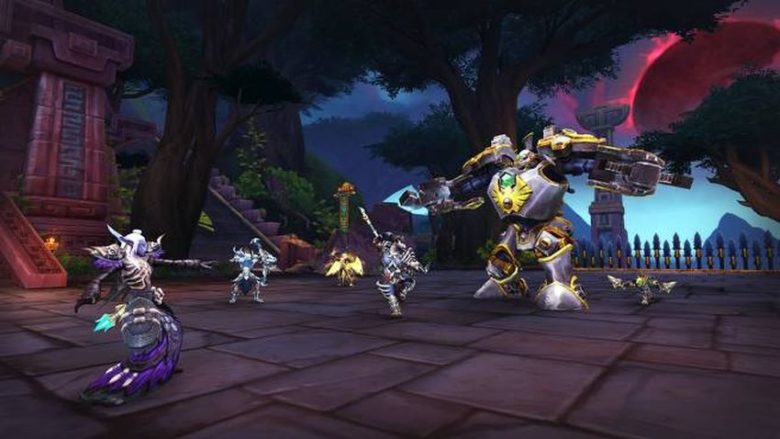 A lot of people play this game because of different reasons, and although the majority of players want to have one character that’s maxed out in all aspects, others want to enjoy the beauty of having multiple adults, and even twinks.

For those of you who might be unfamiliar with the term, a “twink” is a character that’s lower level but has the maximum gear. This is pretty difficult to achieve in expansions that are not twink and alt-friendly at all, but it’s a feature that a lot of people appreciate. Blizzard being a studio that often listens to what their community has to say, they are planning to bring back alts and twink possibilities, so this is a great new start for people of these two communities.

If you are having difficulties boosting twinks and alts, or even your main toon, feel free to visit legionfarm for some sweet new WoW Shadowlands gear. 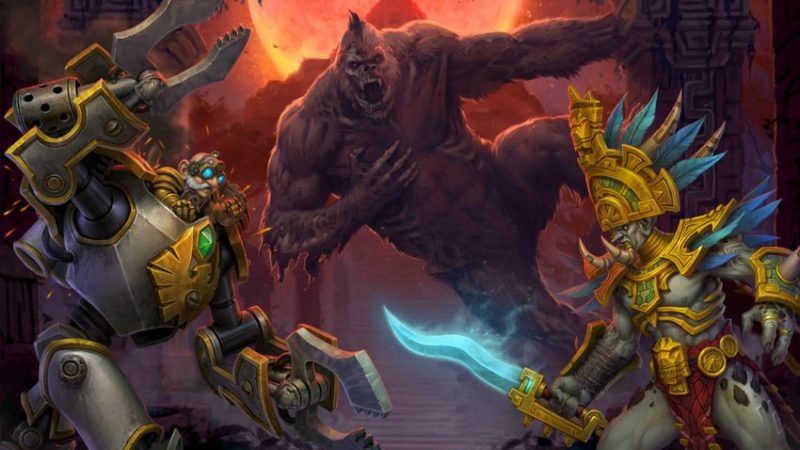 Do you remember the times when Shattering Throw and Killshot were the most favorite spells in the game? Well, chances are that you don’t, because they were removed a long time ago, and those are the changes that had the most negative comments in the past couple of years. Those are not the only spells that are removed, but they are the most signature ones that a lot of people had fun using.

After they were deleted from the game, warrior and hunter players suffered a huge loss, because they were both used in pve and pvp as a part of the most important dps rotation. Killshot was a high damaging spell that crits when the target is low hp, and shattering throw reduced the armor of targets and broke the most imbalanced ability in the game, the Paladin’s bubble.

Since most of the old spells are coming back, it means that a lot of old-school players will come back as well, meaning another increase in community size. Did we mention that shamans will get their totems back once more? Cheers to all the shaman players worldwide! 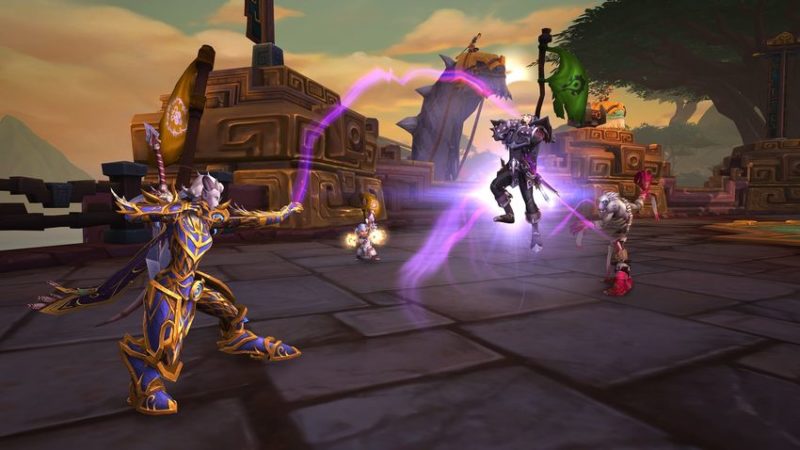 One of the most disliked items and concepts in the game was the artifact power necklace featured in the last expansion, and believe it or not, it’s finally going to be removed from the game. Artifact power is considered to be an unproportioned way of playing the game, and blizzard is expected to deliver a new way of improving the abilities of your character. We are not exactly sure what this is going to be, but according to many players, anything new that’s going be added will be a better option.

It’s up to time to tell what we’re going to see added in Shadowlands, but we just hope that it’s not going to be something similar to Azeroth power, because that was dislike as well.

Shadowlands happens to be a very hyped expansion that many people are looking forward to, and this one seems to be very promising with some of the great decisions to bring back older spells and concepts back into the game.

Since it’s going to be a twink and alt-friendly expansion, it means that a lot old players will come back, meaning an increased player base which is always a great thing for MMORPG titles such as World of Warcraft.

Best tips for classic leveling in World of Warcraft

Why World Of Warcraft Is So Popular

WoW Classic Boosting: How Does It Work?

A Bulgarian Girl Had 17 Lip Augmentation Surgeries and Wants More!