Will Donald Trump Resign as President Nixon Did?

EXPRESS – 01/17/2020: The impeachment trials started on Tuesday, and Donald Trump finds himself under a lot of pressure. One particular testimony gave Democrats wishes of removing Trump from the office another dimension. POTUS is now at least one step closer to being impeached. Some even wonder will he consider resigning the same way Richard Nixon did it in the past.

Donald Trump is accused of breaking two articles of impeachment – abuse of power and obstruction of Congress. It all started when testimonies that cite President of blackmailing Ukraine to investigate his 2022 elections adversary Joe Biden. From the beginning, POTUS denied any and all accusations. But, after yesterday, the evidence against him just got more reliable. One witness stated that President Donald Trump was fully aware of everything that transpired in Ukraine. 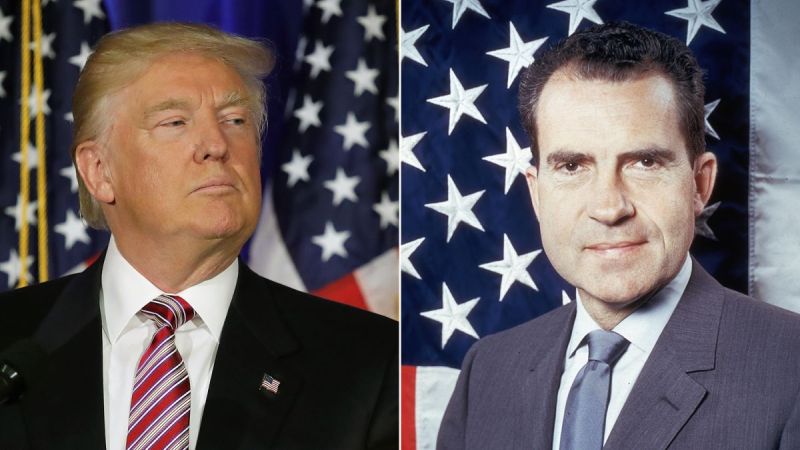 The man that gave testimony that made Trump’s situation worse is Lev Parnas. This man is an associate of Trump’s lawyer Rudy Giuliani. During 2016 he was a frequent guest at Trump’s rallies. After Trump was elected, he entered the inner circle of the President’s people.

Parnas was ideal mad to do Trump’s dirty work in Kyiv as he has a Ukrainian background. According to his testimony, White House authorized him to try and dig up everything that could foul Joe Biden’s reputation. He also stated that President Trump was fully aware of everything that happened during his dealings in Ukraine.

Joe Biden was not the only one under President’s watching eye. Parnas was also instructed to keep an eye on Marie Yovanovitch, who was ambassador to Ukraine at that time. She was relieved of her function by Trump, without any explanation.

Despite this testimony, Donald Trump stands by his previous statements, denying any wrongdoing. Even after Parnas’s declaration, Trump was not shaken. According to POTUS, he doesn’t know Parnas, doesn’t know what’s he talking about, and knows absolutely nothing about him.

The impeachment process just began, but we already can tell it will be if nothing else then entertaining.

How Melania Trump Exorcised Michelle Obama From The White House