Home Coronavirus Who Takes Over at White House if Trump And Pence Get COVID-19?
CoronavirusNews

Who Takes Over at White House if Trump And Pence Get COVID-19?

ECONOTIMES – 03/17/2020: Coronavirus is on the loose, and President Donald Trump is finally taking the matter seriously. Despite being in contact with people later diagnosed with this virus, POTUS continues with his duties. His test came negative, after all.

But, after the scare that he might be infected, one question arose among netizens. People of the Internet started wondering who would take over at Oval Office if President Trump had to be quarantined due to COVID-19. Mr. Trump is seventy-three years old, and if he would have got this disease, it could be critical. 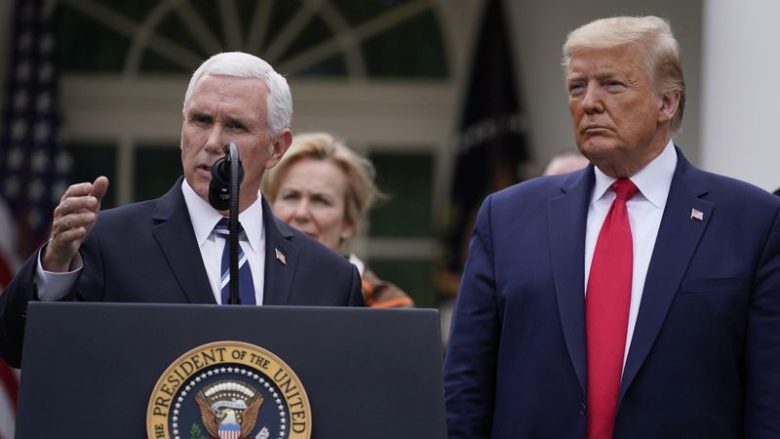 Considering that vice-President Mike Pence followed Donald Trump in recent weeks, there was also a chance that he’s infected. So, who would be in charge of the United States if both President and vice-President are incapacitated?

In the case of this scenario, both of them would have to in quarantine for fourteen days. If during these two weeks, they are diagnosed with COVID-19, they would have to be treated. Until their full recovery, someone would have to be at the helm of this country.

According to a journalist, Jason Miciak, here lies the secret why Donald Trump refused to be tested for so long. In a case of a scenario we described above, the Office would be handed to House Speaker Nancy Pelosi.

Miciak had the following to say: “So, to the ultimate question, what would happen if both Trump and Pence came down with Covid-19? It would depend upon the severity of the case, and if both were severely ill at the same time, there would be a temporary change of power to Nancy Pelosi, provided that she wasn’t sick herself.”

Luckily for Donald Trump, he was tested, and the results came back negative. Thankfully he can continue running the United States. If the worst happened, he certainly wouldn’t be pleased with Pelosi running the show.