You probably heard about gender reveal by now. Many people want to make a small party and to make a splashy announcement about the gender of their future child. This custom could become a tradition in some families as the trend is sticky and is here to remain. But, what happens when gender reveal goes wrong?

One family created a funny video in an attempt to have a gender reveal moment. Like its usually the case these days, everything is well documented. 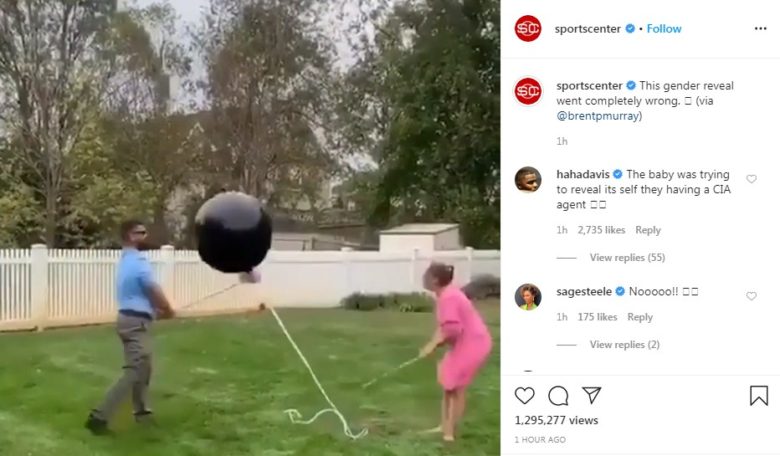 In this video, two family members were trying to pierce a balloon with bats. The balloon was tied to the ground with a rope, but it would seem that it wasn’t appropriately attached to the ground.

So, as presumably, future mother and father were hitting the balloon with bats, it wouldn’t give in. It was supposed to burst and to show the gender of their child. Instead, it went off from the ground and up in the air. The couple rushed after it, but it was too late.

Here’s a lesson to be learned, you either ask the doctor straight up about your children’s gender, or you make it less complicated and embarrassing. Furthermore, how are we supposed to know the gender now?

These Celebs Dated Their Fans