Trump Wants Biden and Coronavirus in The Same Bracket!

04/02/2020: While the US has bigger problems right now than the November election, Donald Trump still has them on his mind. This is why among his campaign members, there’s a new idea on how to get closer to victory.

The idea revolves around the ongoing coronavirus crisis. Those who run Trump’s campaign believe that COVID-19 can be used as a campaign tool. What they want to do is to put Joe Biden, the Democrats, and other opponents as the opposition in the Trump administration’s war against coronavirus. 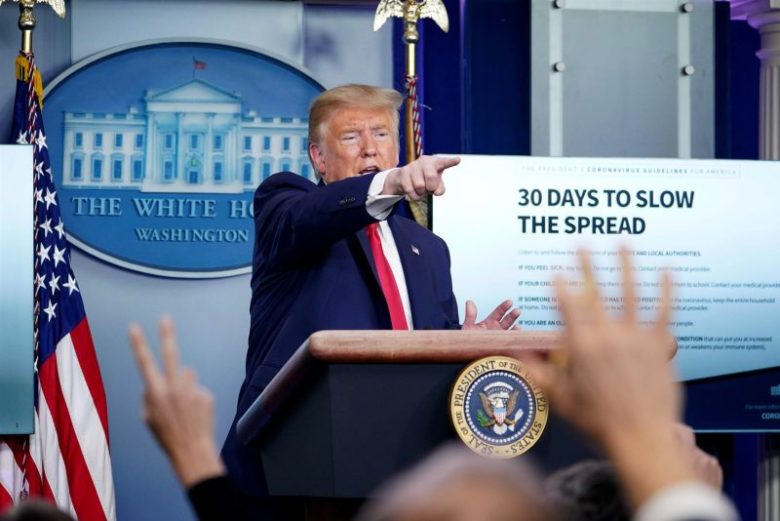 It is no secret that leading members of Donald Trump’s campaign are calling their surrogates to advise them on how to talk about Joe Biden and coronavirus. A source close to the White House claims that Tim Murtaugh, the campaign’s director of communications, was caught talking on the phone about this.

According to an anonymous source, Murtaugh said: “This is the bottom line: President Trump is leading the nation in this war against the coronavirus, and Joe Biden, the Democrats, and the media have decided to be the opposition in that war.”

Donald Trump’s presidential campaign was in full swing before coronavirus put a halt to it. A pandemic came slowly, but thanks to POTUS, it now looks like it caught everyone by surprise. At the moment, the White House believes that more than 100,000 people could lose their lives in the coming weeks due to COVID-19.

Despite the ongoing crisis, the presidential campaign of Donald Trump didn’t completely stop. It is going full steam but in the background. What they want to do now is to advise their campaign surrogates no to praise Trump’s behavior during the crisis but rather to attack Joe Biden.

Because more people now watch television, it is the right moment to gain an advantage in the presidential campaign. Brad Parscale, Trump’s campaign manager, said: “I know everyone is worried making sure everyone thinks the president is doing a great job on this. But we need to continue to pick up the pace on Biden.”

Has Ford Explored the SUV Segment Well With Its Explorer?