Street Food Around the World

After arriving in a new city every traveler instinctively searches for something convenient to eat. Street food is a cheap, easy to find and often an incredibly tasty way to fill the void.

However, it’s even more than this. Eating on the sidewalk allows an immersion into the culture and gives insight into the history and present lives of locals. The most vibrant cultures have learnt that by embracing their love of cooking and eating it enhances their city. Following are some of the best cities, in no particular order, for street food culture around the world. 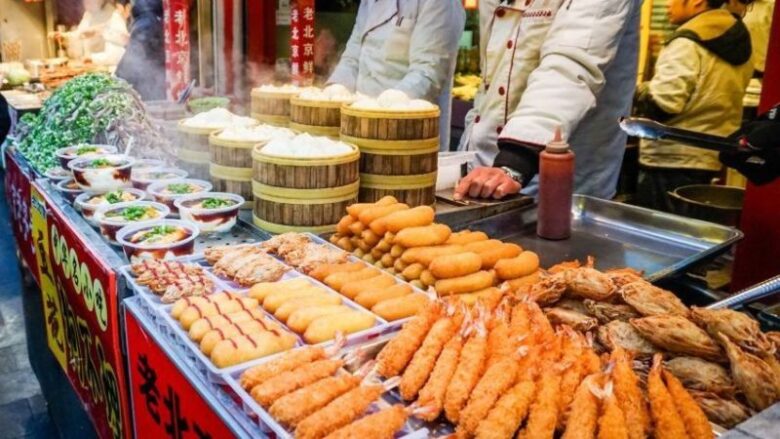 Mexico City is a heaving megalopolis. It’s streets and public spaces are absolutely teeming with life. Shaped by a rich history, the city is now embracing growth in tourism. The city’s amazing food and snacks have undoubtedly helped. 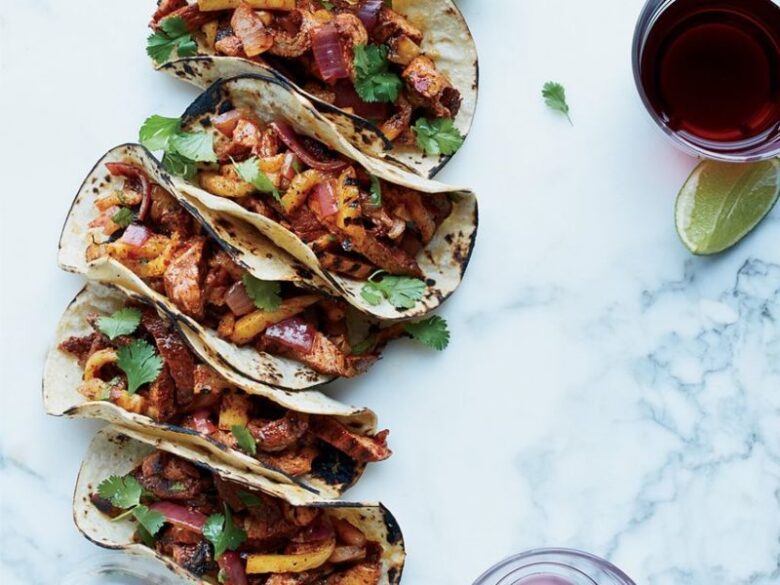 Tacos Al Pastor is one of Mexico’s must-eat street foods and found on every second corner. Marinated spit-grilled pork is served on small tortillas with onions and coriander. Salsa and lemon juice are added for spice and zing.

Chilaquiles are found on every other corner. Made from cut-up corn tortillas which are lightly fried, they are then lathered in salsa. After simmering until the tortilla softens, savory creme, cheese, onions, and avocado are then heaped on top.

For something sweeter get yourself a handful of churros. Churros are simply fried sticks of dough which are generously dusted in sugary goodness. They are simple, easy to find and hands-down the most delicious snack in central America.

You won’t see a serious list of the world’s best street eats without Ho Chi Minh City. Built on internal migration, it’s streets are now home to a host of regional dishes from all over Vietnam. 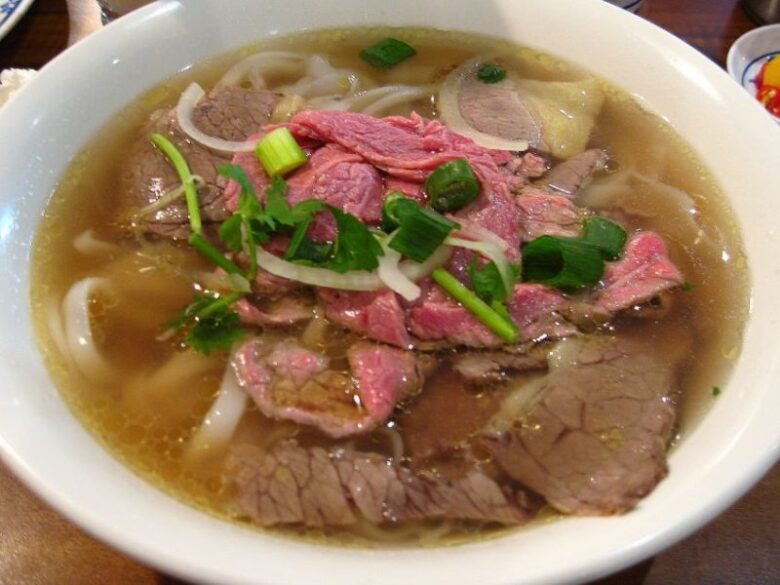 Pho, the classic dish originally from Hanoi, is a steaming bowl of beef (or chicken) and noodles bathing in a generous serving of broth. Served beside a heap of fresh herbs, sauces, chili, and lime there’s plenty of scope to personalize the taste.

The Broken Rice from this city is famous and a close second favorite of locals. Rice is served with a pork chop, tomato, cucumber, optional fried egg or egg cake, and lashing of fish sauce. Eaten any time of day just look for the stacks billowing out smoke from the BBQ to point you in the right direction.

Snail dishes are yet another well-known delicacy and social staple that shouldn’t be missed on a night out in HCMC. Although strange for some at first marinated snails, grilled or steamed, go down very well with a beer or two.

Formerly known as Bombay, Mumbai is India’s largest city and a key financial hub. More importantly, the divine flavors and vegetarian feasts found across the entire city help it to become the country’s street food center.

Mumbai is a city that prides itself on food (Source: Howtocookgreatfood.com) 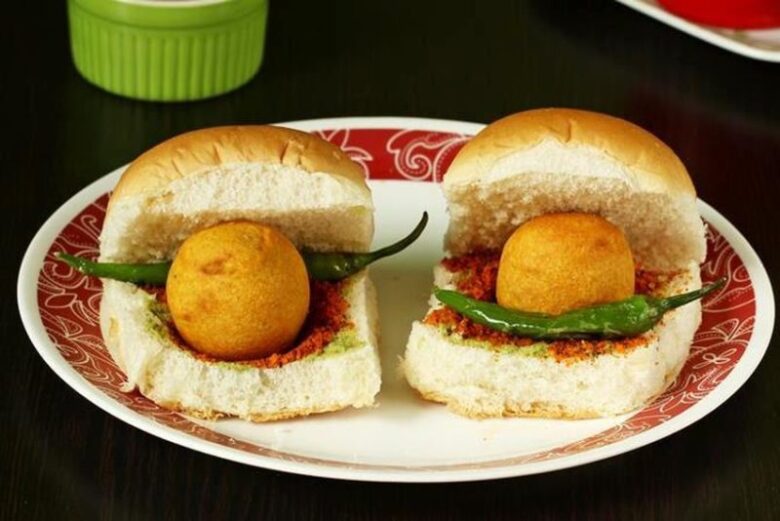 This hugely popular burger can be found all over Mumbai and defines the city’s taste for food. At its heart is a spicy potato patty that’s been deep fried. Placed in a fresh bun, sometimes with additional garnish, and served with a choice of chutneys and spices to taste.

Stallholders offering this dish, also known as Mumbai Chaat, are found in every second alley across this vast city. The quick meal consists of puffed rice mixed with potatoes, onions and tomatoes. A variety of sauces and spices are on hand help make this one of the world’s most addictive snacks.

Few places beat the range of foods and the experiences of eating street food in Bangkok. It has been said that the prevalence of street vendors is unrivaled by any other city in the world.

This dish is synonymous, for many visitors and locals alike, with the city of Bangkok. You can barely walk a few streets without finding a stall. The fragrant broth wafts across a city street to entice would-be customers any time of the day. The oh-so-tender chicken is incomplete without a generous helping of spicy ginger sauce. 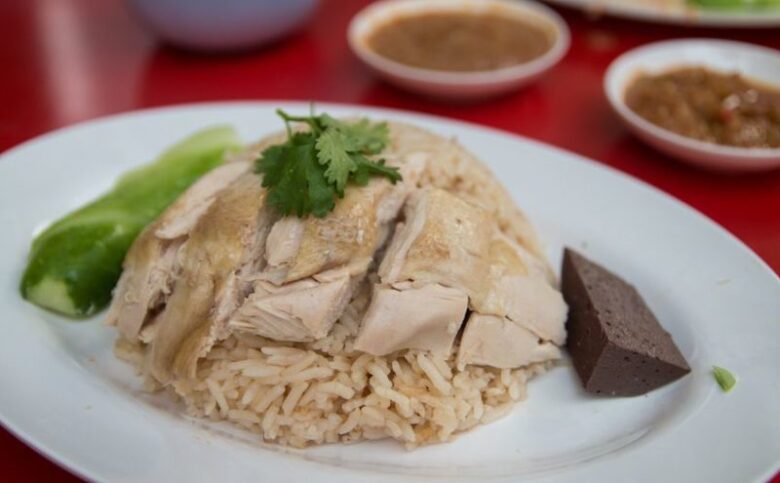 Thai chicken over rice is mouthwateringly perfect anytime of the day (Source: Eatingthaifood.com)

A close second to Pho for the best street food soup is Tom Yum. Often cooked with shrimp, the spicy and sour concoction is infused with lemongrass, fish sauce, lime juice and a variety of herbs and spices. It’s a local favorite and perhaps Thailand’s most famous export.

Bangkok’s most famous street food snack is papaya salad. There is almost always a vendor within sight selling this tasty and healthy and cheap snack. Made from shredded unripe papaya, tomatoes, beans, peanuts, dried shrimp and fresh garlic are then added to the mix. Aside helping of spicy fish sauce makes for one delicious treat.

When most people think of Paris street food doesn’t always come to mind. However, the streets are home to some of the best food stalls and takeaways, not only in Europe but the world.

French bread is unarguably the best in the world and baguettes are found everywhere in the capital. A fresh baguette has the perfect amount of crunch and flavor yet softness. For this reason, they are simply prepared with a smearing of quality butter and a few slices of tender ham or salami. Camembert cheese is another common addition. Parisians may be the closest to perfecting the humble sandwich (Source: Parisinfo.com)

Another French classic is the humble crepe. A thin large pancake folded, filled with a simple filling such as Nutella or banana never tasted as good as it does in Paris. They’re cheap, quick and delicious making them a perfect street food.

In addition to this, it’s worth noting that Paris’ streets are becoming well known for its international fair. Some of the most popular cheap street eats are the falafel, Indian food, Burgers and even Fish and Chips.

As the center of the food and spice trade for thousands of years, Istanbul received influence unseen in other parts of the world. This unique history has gifted it with some of the best street and food culture in the world. 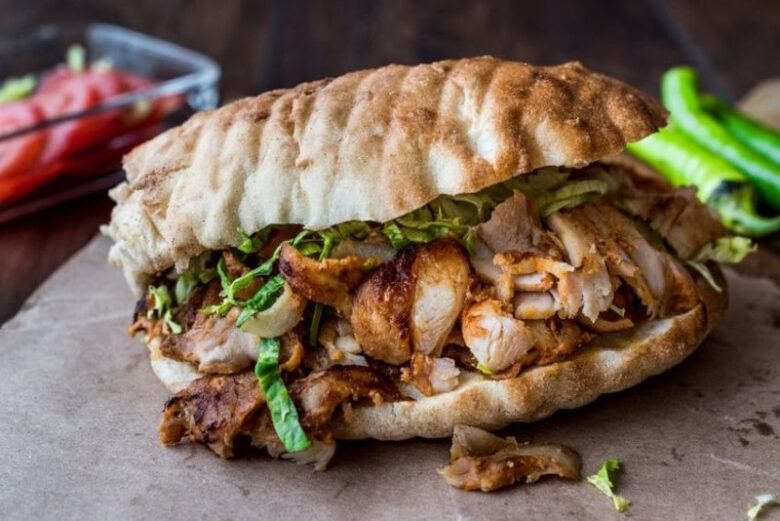 Doner is most people’s first experience of Turkish cuisine. The term ‘Doner’ refers to the meat, is the country’s most famous and widespread export, and still found everywhere in Istanbul. Even the city’s fanciest restaurants serve it. Choose chicken or beef and your choice of cheese, falafel, Spice, salads, and sauces.

Doner meat doesn’t get any more gargantuan than in Istanbul  (Source: Pinterest)

Simit is the chewy Turkish answer to a bagel or pretzel. Freshly baked and dipped in molasses and sesame seeds, the carts that sell them are easy to find throughout the city. Follow the sweet smell.

One of, if not the most popular street food in Istanbul, is Balik Ekmek. Served on a chunky piece of bread, it’s essentially a grilled fish fillet sandwich stuffed with fresh vegetables. The sandwich is a reminder from the days when large fishing fleets were still seen in town. 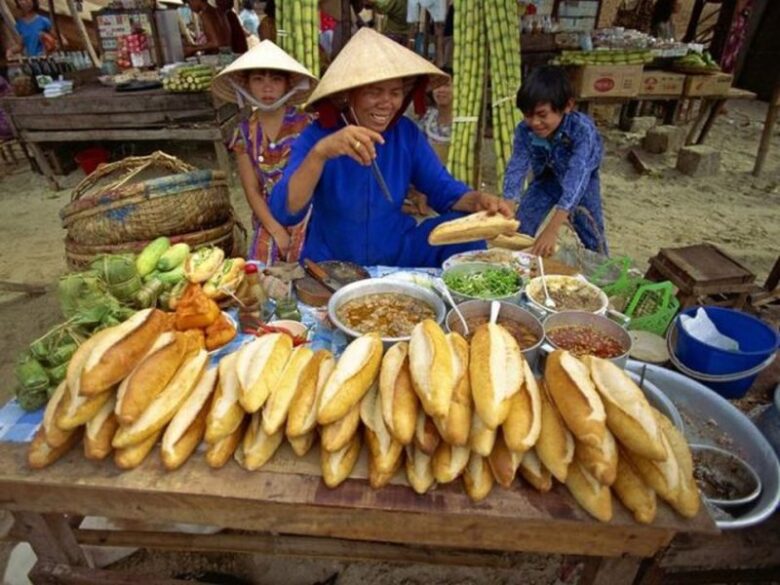 Some cities try to curb their street food cultures as an attempt to clean up and modernize their urban areas. Others, however, see the value in integrating their lifestyle onto their blank pavements to help re-energize an unhealthy city. Thankfully locals and tourists, the world over, still have a desire for cheap, convenient and tasty street food and keeping the culture alive.

21 Vegan Recipes That Can Be Grilled to Perfection –...

Largest Swimming Pools In The World!