Arnold Schwarzenegger’s illegitimate son, Joseph Baena, shared a gym photo on Instagram and showed an incredible resemblance to his father.

It is known that 22-years-old Baena is a bodybuilding enthusiast. Fitness and the love for training Joseph obviously inherited from his famous father, so it’s no wonder why the two of them look so similar.

Baena posted a photo on Instagram, showing that he is in great shape, with excellent muscle tone, just like his father’s in that age. He struck a pose similar to Schwarzenegger’s iconic one from his professional bodybuilding days in the 1970s.

His followers were delighted, and some of them wrote: “Arnold 2.0, no doubt.”, “Like father like son”, “Arnold junior!”. One of them shared that “it is scary how much he looks like his father when he was young”.

Joseph’s mom, Mildred Patricia Baena, was Schwarzenegger’s maid. She worked at his home for twenty years, until it was discovered in 2011 that Arnold was the biological father of her son. 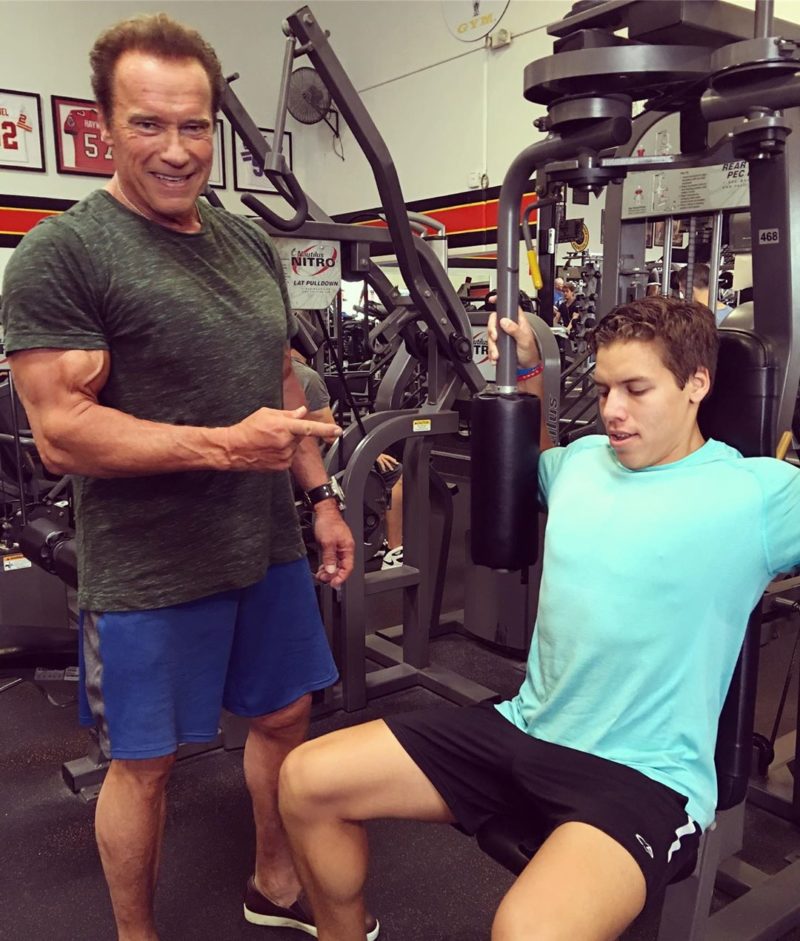 The actor then acknowledged paternity and began to pay alimony as well as to provide financial support to his son and mother for his education.

Interestingly, Joseph was born just one week after the younger son of the former governor while he was married to Maria Shriver. Arnold and Maria then divorced after 25 years of marriage.

Basic Barbell Exercises – What Do They Give And Why...