Rosie Huntington-Whiteley is one of the most famous models today, the fiancé of Hollywood actor Jason Statham and the former Victoria’s Secret angel who doesn’t do fashion shows anymore but is still busy.

The 32-year-old beauty is the face of numerous campaigns, and she has her own beauty line, which she has been diligently promoting in London these days, whose streets Rosie has conquered with the glamorous outfits she is known for. 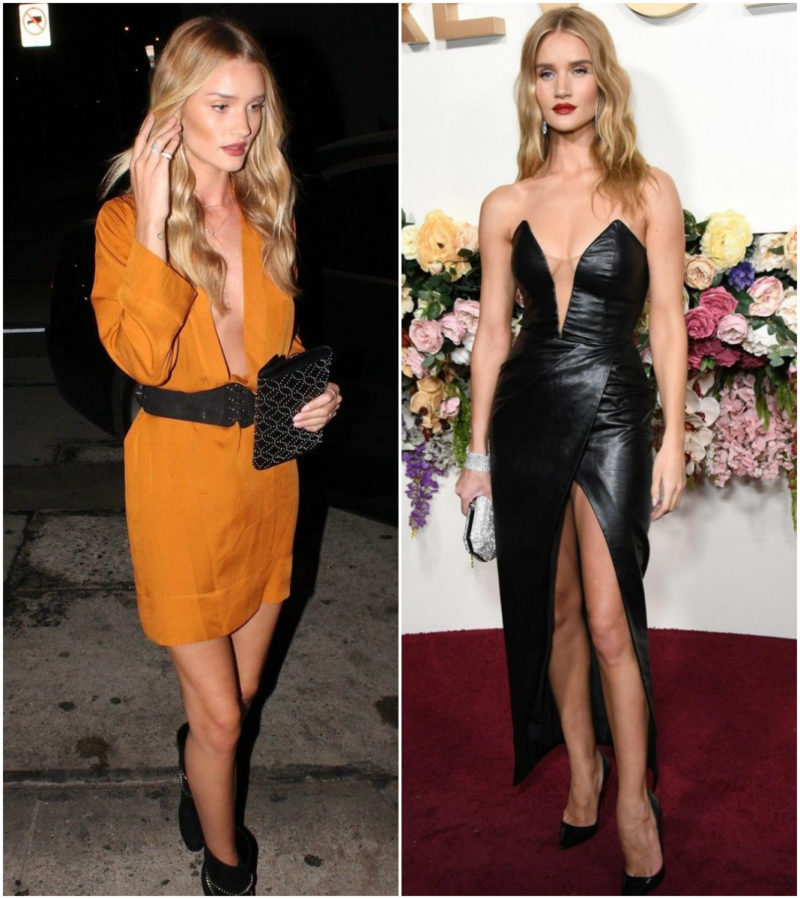 In black from head to toe, Huntington-Whiteley also came to promote new beauty products, and her look included a deep neckline that the beauty often likes to highlight. Although she does not have a lush neckline like some Hollywood ladies, she gets men’s attention equally. The same was in London. 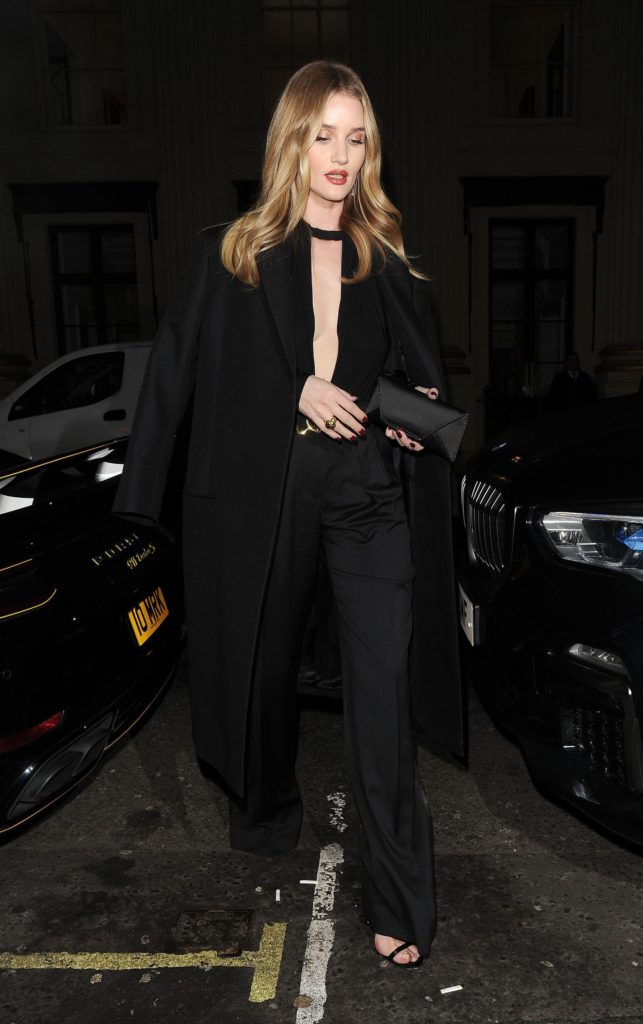 Rosie met her husband, who is 20 years older, in 2011 on the set of “The Transformers.” The couple broke up several times during those years, and it was rumored that this was because the Hollywood strongman did not want to get down on his knee. 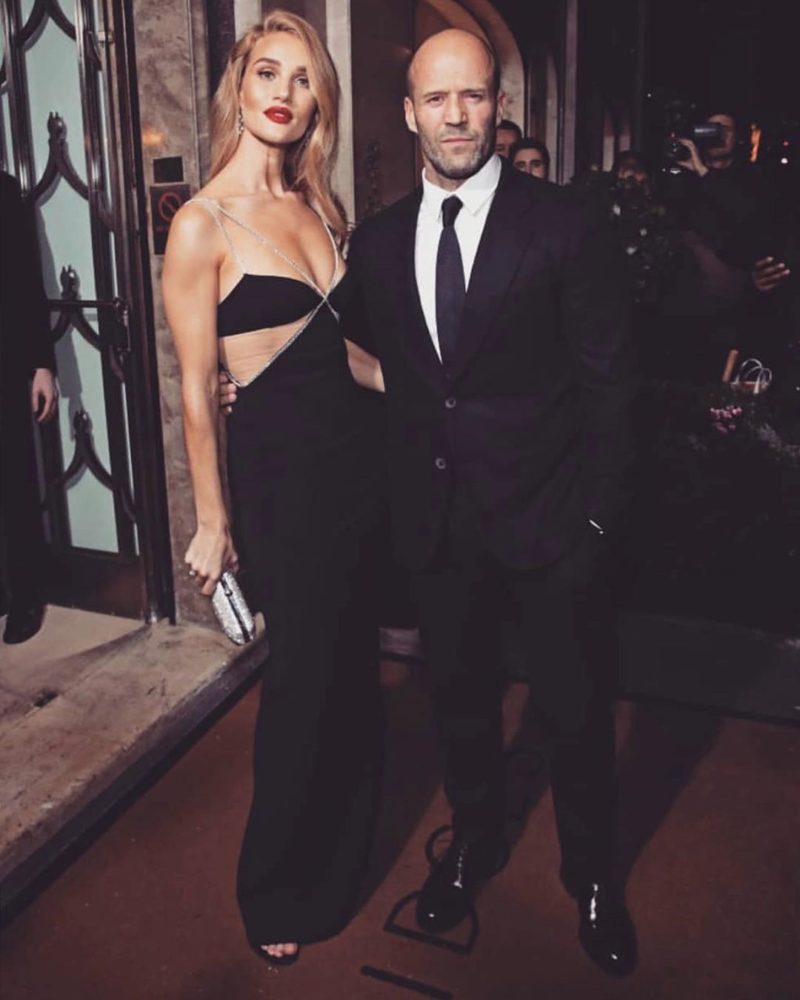 They were always very secretive when it came to their relationship, so in January 2016, we learned that they are engaged when Rosie showed up on the red carpet with a massive diamond ring on her finger.

Read Also: How Jason Statham Fell in Love With a Most Attractive Woman in the World Who Is 20 Years Younger? 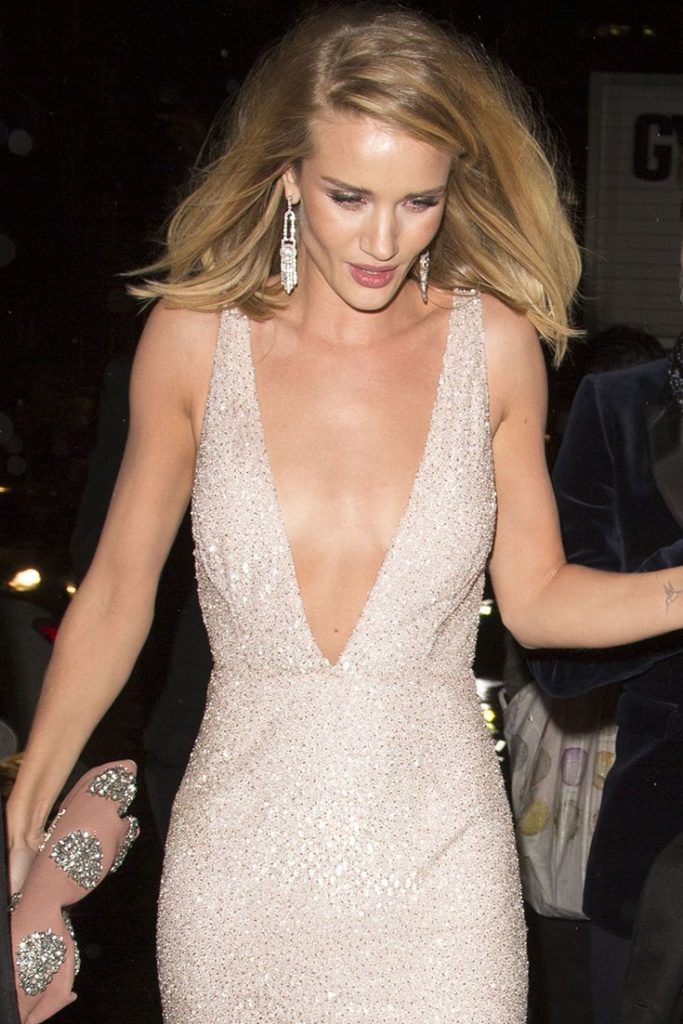 “We’re best mates. He makes me laugh every day. I almost feel like I never had a proper boyfriend before!”, Rosie said on one occasion, noting that children had always been more important to her than marriage. In June 2017, the couple welcomed a son, Jack Oscar, and the handsome mom quickly returned to work.

Today, Jason Statham and Rosie Huntington-Whiteley are one of the most idyllic couples in Hollywood.

“The essence of camp is its love of the unnatural: of artifice and exaggeration. The hallmark of camp is the spirit of extravagance. Camp is a woman walking around in a dress made of 3 million feathers.” #susansontag #metgala #metcamp

Megan Fox Dating List – Who Were or Are Her...

What Happened to Brigitte Bardot’s Son? She Called Him a ‘Cancerous Tumor’ and Refused to Breastfeed!