Priyanka Chopra Surely Knows How to Surprise Her Husband!

What was the most epic wedding anniversary gift Priyanka Chopra bought Nick Jonas?

The popular actress decided to surprise Nick Jonas for their first wedding anniversary by welcoming a new addition to the family. Chopra bought a pet dog, whom the couple named Gino. The new member of the Chopra-Jonas family is the cutest German Shepherd puppy ever. 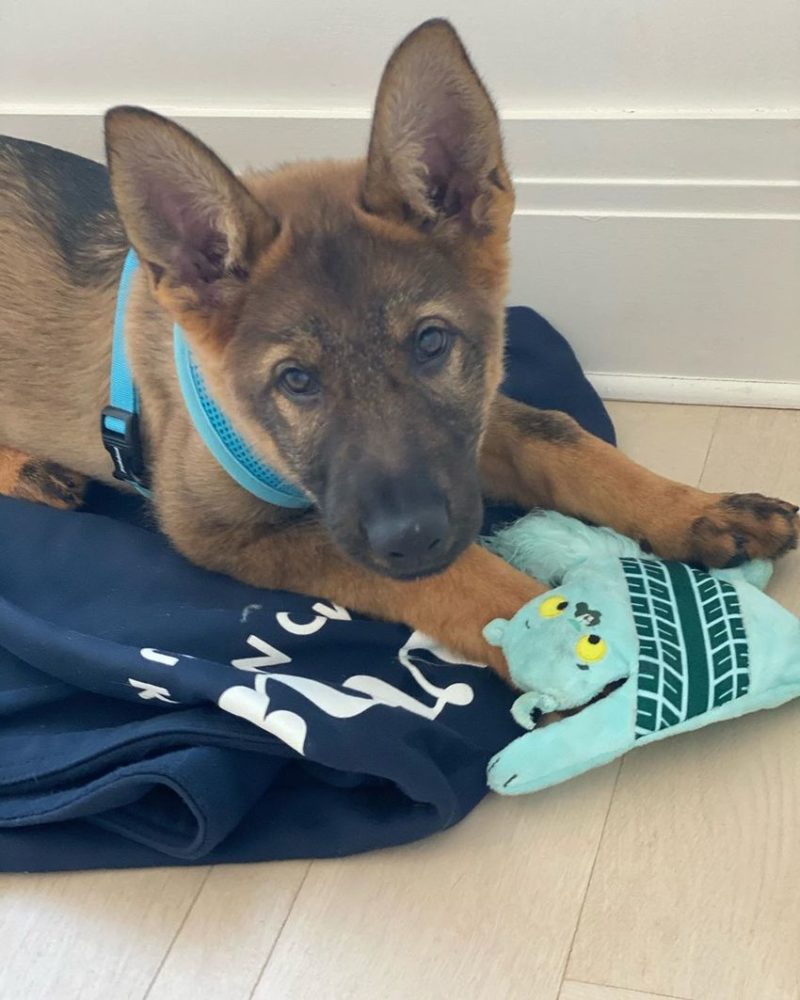 It all happened on Tuesday morning, when she walked into the room while the popular singer was asleep. Priyanka brought the dog to his bed and filmed the whole surprise. Nick shared his excitement by sharing the photo of him and Gino on Instagram.

Pri came home with the absolute best surprise this morning. Please meet our new pup @ginothegerman I haven’t stopped smiling since I woke up this morning and finally realized what was going on. Thank you @priyankachopra ❤️ ?

In caption, he wrote: “Pri came home with the absolute best surprise this morning. Please meet our new pup @ginothegeman I haven’t stopped smiling since I woke up this morning and finally realised what was going on. Thank you @priyankachopra.”

Priyanka couldn’t be happier by seeing the look of her husband face when he saw the present. She commented: “Happy almost anniversary baby. Ur face… hilarious.”

The couple will in fact celebrate their first wedding anniversary on this weekend. So, this was a kind of an early present.

Their wedding was held last year, and it had two ceremonies. The Christian ceremony was held on December the 1st, and the day after the couple had a Hindu ceremony surrounded by all the family and friends. They couldn’t be more excited by the fact that they got to celebrate their love on two occasions and according to two traditions.

On that occasion, Priyanka stated for HELLO! that they couldn’t be happier that their marriage is a “religious mash up”. She continued by saying: “It’s been incredible to find the commonalities between our beliefs and figuring out how to blend them in a respectful and meaningful way.” Nick shared his wife’s excitement.

So, when he was asked about the most fascinating things about the Indian tradition, he said: “Just how thoughtful it is… finding the meaning behind every detail really just made me fall in love with the culture even more.”

In case you’re looking for a German Shepherd puppy for your loved one, check https://deltak9academy.com/puppies-for-sale/

14 Tips on How To Make Your Mom Feel Special...