Plastic surgeon Michael Niccole and his wife Penny adopted two daughters when they were babies, then to fulfill their wishes, father decided to use his skills and “beautify” them.

Brittani and Charm are now 32-year-old. But when Charm was 10, she went for the first time under her dad’s knife. She was complaining that she didn’t like her belly button, so Michael decided to reshape it. 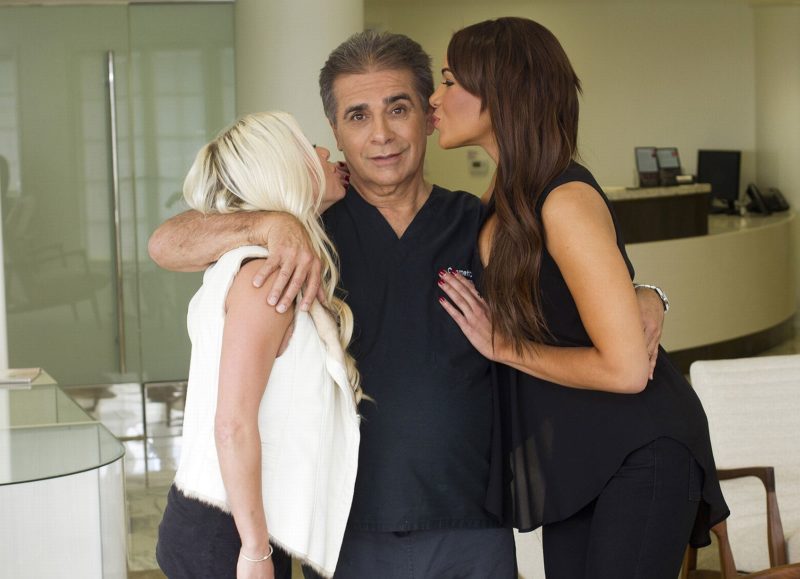 Now Charm and Brittani are regular clients of their father’s clinic, and each of them operated on almost everything on their bodies. All cosmetic corrections were performed solely by their father to ensure the best possible result. 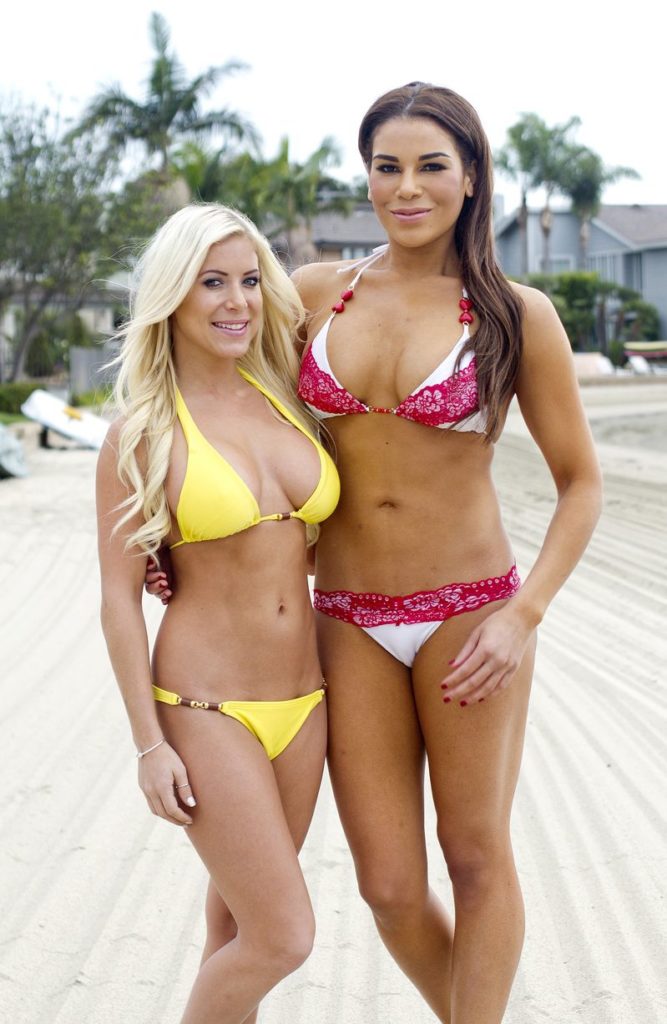 Brittani Niccole had breast augmentation surgery for her 18th birthday, while Charm was waiting to turn 25. Also, Niccole’s nose, cheekbones, buttocks, and more were operated on.

“When I first told my parents I wanted my breasts done, I was about 15. I knew I had to wait until I was 18, but I was nagging them about it all the time. When I graduated high school, Dad surprised me by saying, ‘I’ve scheduled you in to have your b**bs done next week. I was so excited. It’s the best thing I’ve ever done. I love my breasts now – they’re perfect'”, Brittani said.

Almost time to put away my summer dresses ??

Their operations have been the target of criticism. People were asking sisters if is it awkward that their father does their breast augmentation surgeries. But sisters didn’t seem to mind and said: “So what?”

The sisters said they grew up in an environment where cosmetic surgery is a normal thing and where beauty is a significant thing, and they have not seen any problem in starting surgery so early. 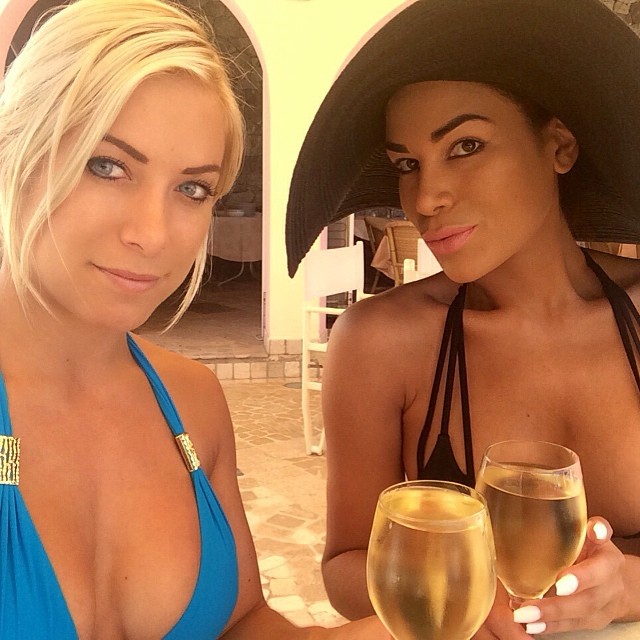 And while their father fulfilled all their wishes, their mother, Penny, opposed these operations.

“When Brittani first told me she wanted to get implants, I fought it for a long time. I said, ‘No, we’re not doing this, this is not right.’ But she was so insistent that eventually, I said ‘okay show me your breasts.’ Then I could see why she wanted implants and realized it would be beneficial for her to get her breasts enlarged, so I agreed. Now I can see she’s so much more confident and I think she looks great”, the mother said. 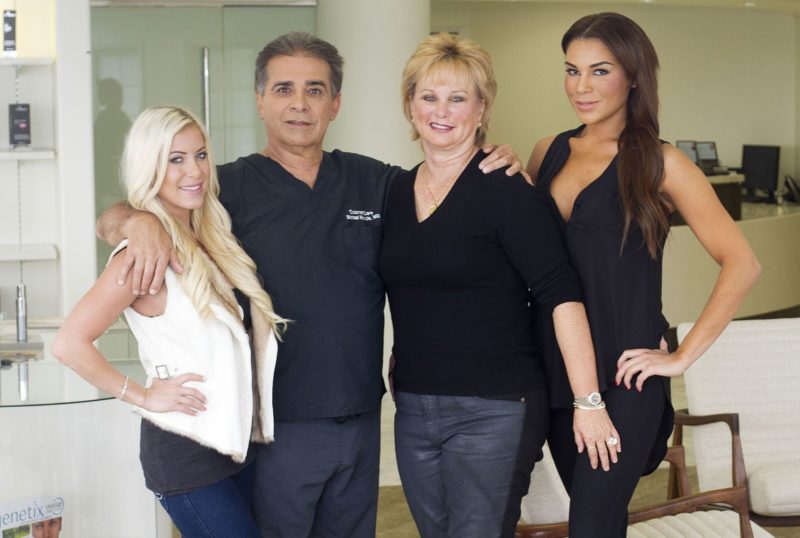 Their father says he does not believe he has any responsibility for the girls now going under the scalpel for every little thing.

“I don’t think I influenced my daughters personally to have surgery, because we discourage it. But they have grown up in an environment of beauty. Our cars are always immaculate, our house is immaculate, and all our friends are beautiful. You could say that the environment influenced them. They understand the importance of looking and maintaining your beauty for the rest of their lives. I felt very, very comfortable doing her surgery. And I would do it over again”, Dr. Michael Niccole explained. 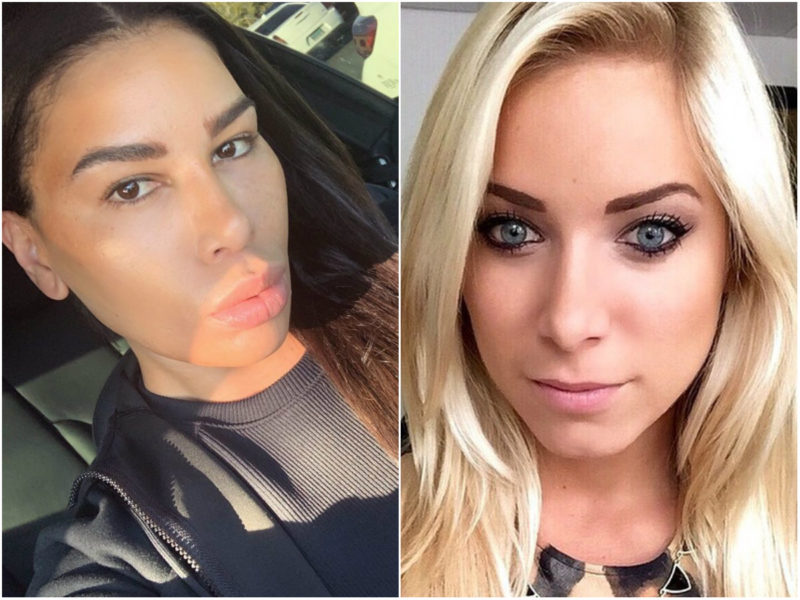 However, mother Penny had another opinion: “I didn’t want them to think they could just turn to the surgery every time they didn’t like something about their appearance. And I worried that with it being so readily available, they could become addicted to plastic surgery. I told Brittani she was beautiful the way she was – we always try to stress, beauty is within”.

Happy Father's Day dad! I love you so much and am so lucky to have you as my dad! Thank you for everything you do @drniccole ????

Most Bizarre Look Ever? Cardi B Stuns With Her Odd Fashion Choices!

The Fairy Tale Between the Footballer and the Instagram Model Is Over!