The husband of the rapper Cardi B, Offset, was detained at a police station after police received a call that an “armed person was moving through the parking lot of a shopping mall in Los Angeles.”

Police received a call around 8 pm that an armed person is moving around the parking lot of The Grove Shopping Center. It was said the person who had the weapon allegedly fled the scene. Offset and his company, who found themselves in the parking lot, were taken to the station. 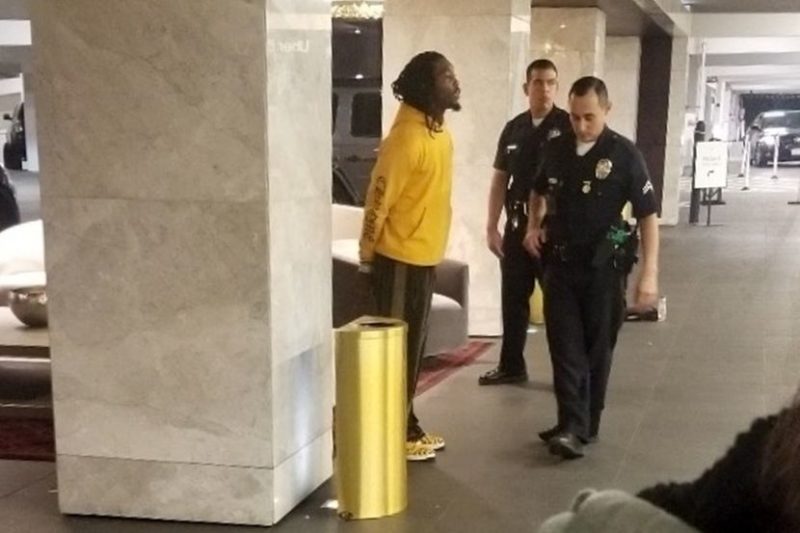 The footage released by TMZ shows Offset wearing a yellow sweatshirt, as does his friend, and the rapper persistently asks officers why they handcuffed him. He demanded that they tell him what was going on, and the officer pinned him against the wall without a word, while Offset yelled nervously.

The 28-year-old rapper was taken to a station near the mall, and an hour and a half later, a statement arrived from police, revealing that they had found two firearms.

Offset, and three others were taken to the station for further investigation. The official arrest did not happen. The rapper was released before midnight after two others admitted the weapons where theirs, TMZ reports.

Cardi B Shows The Fans Her Brand New Tattoo