The rap world is waiting in impatience for Kanye West to drop his new album, Donda. It is going to be his tenth studio album, and everyone is eager to get their hands on it. Unfortunately, its release has been postponed a few times, and there’s no release date at the moment. In addition, famous Canadian rapper Drake decided to take a dig at it.

What Drake did, made West lash out by saying: ‘You will never recover. I promise you.’ it all started after Drake decided to diss West in a group chat that included eight other people. Most of them are in the music business, as there are names such as Pusha T. 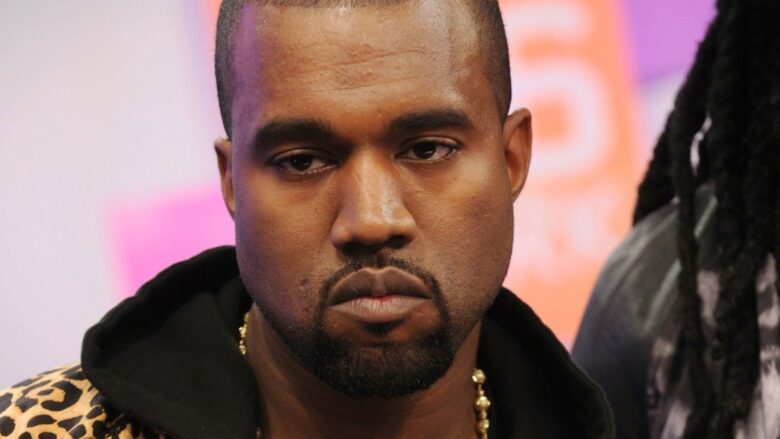 Trippie Redd released his new album, on Friday, August 20th, called Trip at Knight. The third song on his album was the one causing issues among the rap brothers. It would seem that in some of the verses Drake raps, he takes a dig at both Kanye West and Pusha T. The track is called Betrayal, and it goes something like this: “All these fools I’m beefin’ that I barely know / Forty-five, forty-four (burned out), let it go / Ye ain’t changin’ s*** for me, it’s set in stone.”

Kanye felt called out and made a post about the situation on Instagram. He since deleted the post which showed a group chat that included him, Drake, Pusha T, and eight other people. The text that the ex-husband of Kim Kardashian sent out contained a photo of Joker, portrayed by Joaquin Phoenix. The message went like this: “I live for this. I’ve been f***ed with by nerd a** jock n****s like you my whole life. You will never recover. I promise you.” 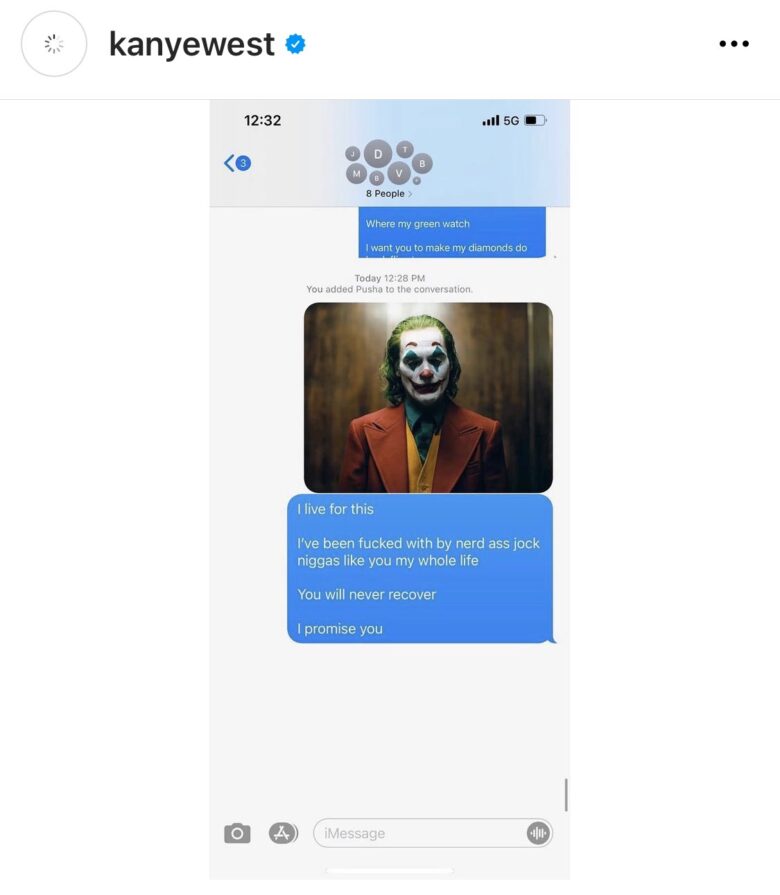 It wasn’t clear to whom was the message intended, but the letter D at the top of the screen pointed out that it is probably Drake. No sides have confirmed this, so we can only guess who did Kanye talked to. Considering everything that surrounded this message exchange and the fact that Pusha T was also included, we have no other than to believe it was intended for Champagne Papi.

Today, after the tension has calmed down, maybe West doesn’t want to talk about it. After all, he did delete the screenshot that was left on his Instagram. Furthermore, he deleted everything that was on his account and left only a photo of his childhood home. In the afterward of the breakdown he continued adding photos. Something is going on in West’s mind, and it could be all part of the promotion for his latest album, Donda. The rapper scheduled a third listening session for this album. This time the venue is Soldier Field in Chicago. It was confirmed by Kanye’s manager that he will release the album sometime after August 26th.

The listening session is scheduled for 26th, and many people close to the rapper claim that the album will drop on August 27th. Whatever the case might be, it remains to be seen. If it drops by the end of the week, we’ll see if it is enough to push Drake to his knees.

Paypal Enters The Bitcoin Market in The United Kingdom