The 67-year-old actor Mickey Rourke is looking less like himself every day.

He has been shocking everyone for years with his appearance, which is the product of numerous plastic surgeries that he really didn’t need. Mickey proved recently at lunch with his pet at a restaurant that he looks worse every time the paparazzi spot him. 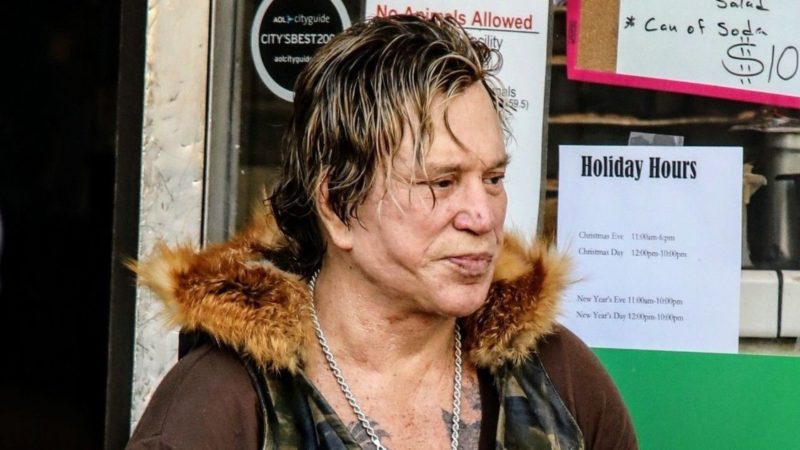 The problem is not just his deformed face, but he also has a very questionable fashion style that also raises numerous questions. The camouflage pattern, the deep V-neck T-shirts, the fur, were all combined by a former hottie, not to mention the unwashed hair. 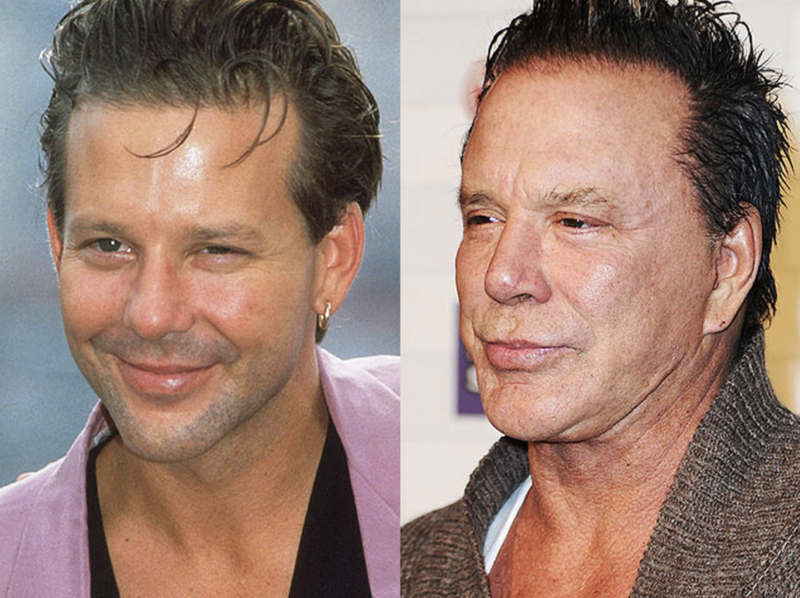 Despite not looking good, the former boxer and star of “9½ Weeks” had a big smile on his face all along. He is also here because of 34-years younger Russian model Anastassia Makarenko, whom he fell in love with in 2009. 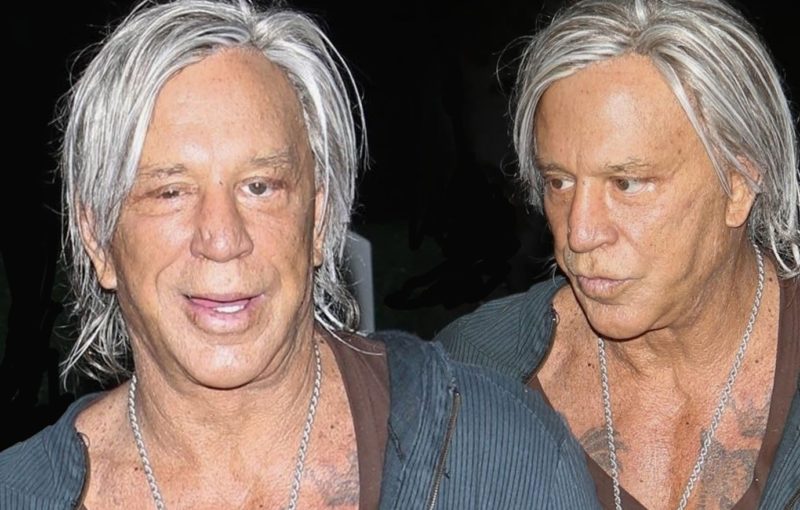 “Most of it was to mend the mess of my face, but I went to the wrong guy to put my face back together,” Mickey admitted, confirming that he was aware that poor decisions from the past had ruined his physical appearance. “I had my nose broken twice. I had five operations on my nose and one on a smashed cheekbone”, he added. 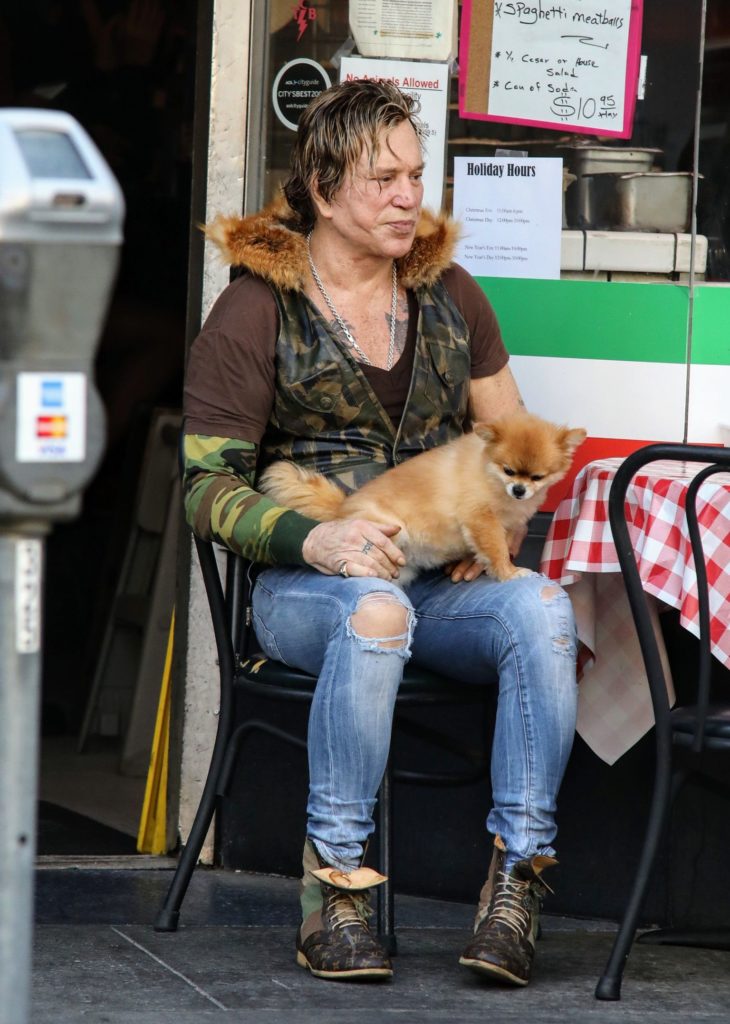 In his younger days, Rourke was considered to be next Marlon Brando, but bad surgeries have affected his once beautiful face too much.