INTERNATIONAL BUSINESS TIMES – 01/17/2020: The relationship between the ex and the current Presidential couple is not all that great. They are not even trying to hide their true feelings. Maybe they tried, but you can’t do that on social networks.

When Michelle Obama ended her career as the First Lady, Melania Trump inherited her @FLOTUS Twitter account. That’s the official procedure, so there was no controversy at the beginning. Since the day Donald Trump took office, Melania started using that account on Twitter. 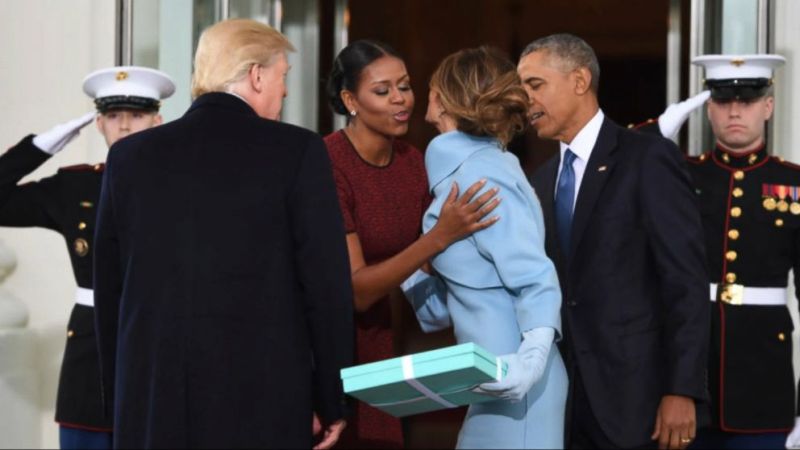 When Melania took over, she thanked Michelle and all of her followers and hopped for a fresh start with the American public through this medium. But, it’s where the distance between the two first ladies started.

Michelle did a similar Twitter follow/unfollow combination. But, Michelle still follows the @FLOTUS account, but she does not follow the 45th US President Donald Trump. The man she does follow is Donald Trump’s biggest adversary in upcoming elections, Joe Biden.

It was a joy to greet Safety Patrol students from West Gate Elementary school as they toured the @WhiteHouse yesterday! #BeBest pic.twitter.com/2e2HUvg4RI

Their differences aside, Melania seems to be a more popular person than her predecessor at the position of the First Lady. Since she took over @FLOTUS grow in the number of followers. At the moment she took the account over, it had 6.5 million followers. Today it has more than 13 million.

With this spike in popularity, it’s not hard to see why so many people believe Donald Trump will be reelected. Now we know that the prevalence of his wife could be one of the reasons for reelection.