Kylie Jenner After & Before Pictures: Did She Do Surgery?

Kylie Jenner is one of the richest women in the world – she was named the youngest self-made billionaire ever by Forbes magazine. Despite that, she is still the target of criticism because of her looks. Fans are wondering why does she look a decade older than she is? The answer can be – plastic surgery, but Kylie strongly denied it through the years.

Many blame the youngest member of the Kardashian-Jenner family that she underwent cosmetic surgery to look more desirable. 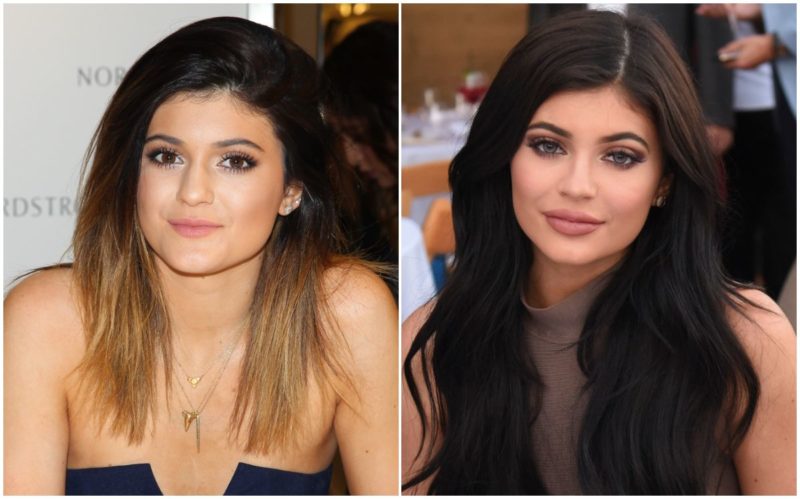 Kylie has admitted that she has experimented with plastic surgery in the past, putting fillers in her lips as well as in her face. Therefore, she significantly changed her appearance before the age of 17. Surgeon Dr. Karidis claimed that the reality star also operated on her nose. 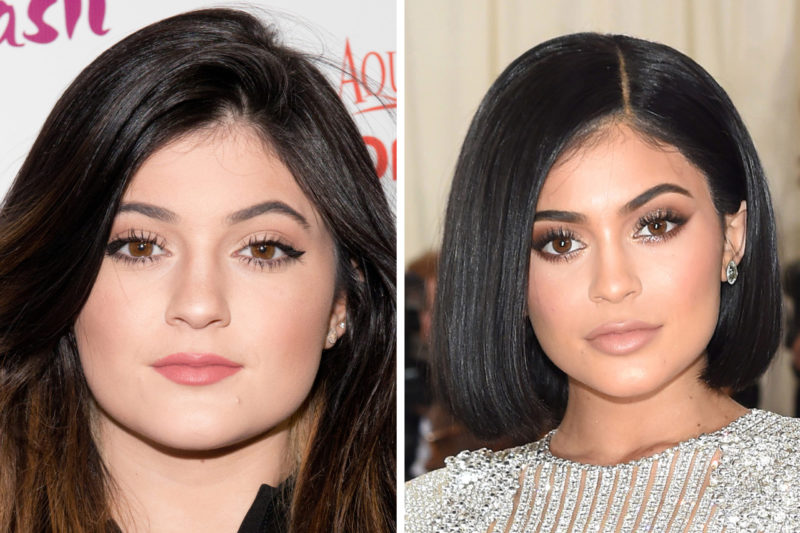 The plastic surgeon is convinced that the young Kylie has done a lot more plastic surgeries than she admits and that she now looks older than she is. 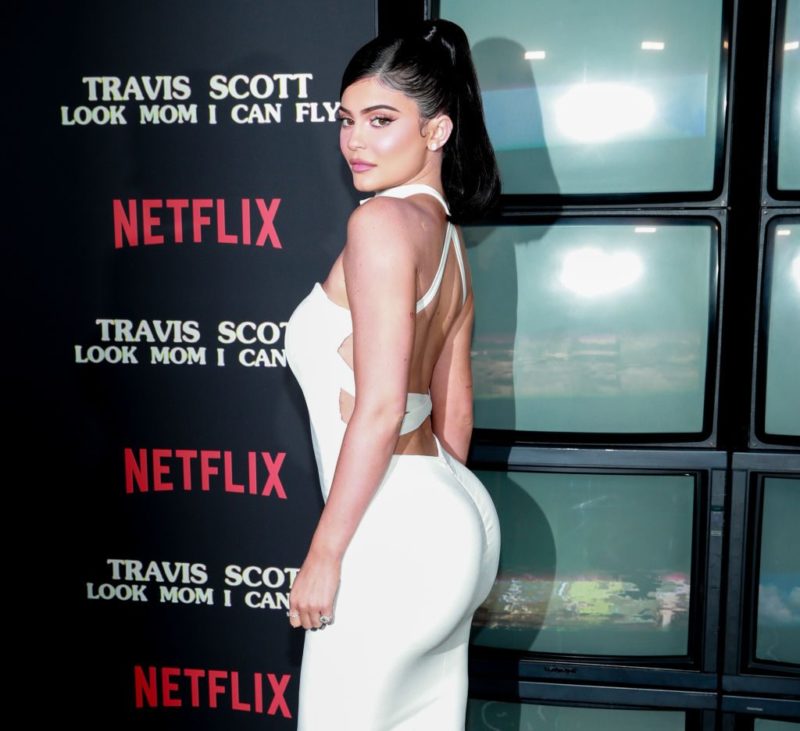 Earlier this year, she denied doing plastic surgery for Paper magazine. “People think I went under the knife and reconstructed my face completely, but it’s not true. I would never do that. I’m too scared. There’s nothing good hair and makeup can’t do, and fillers, of course. I don’t deny I did the fillers.” 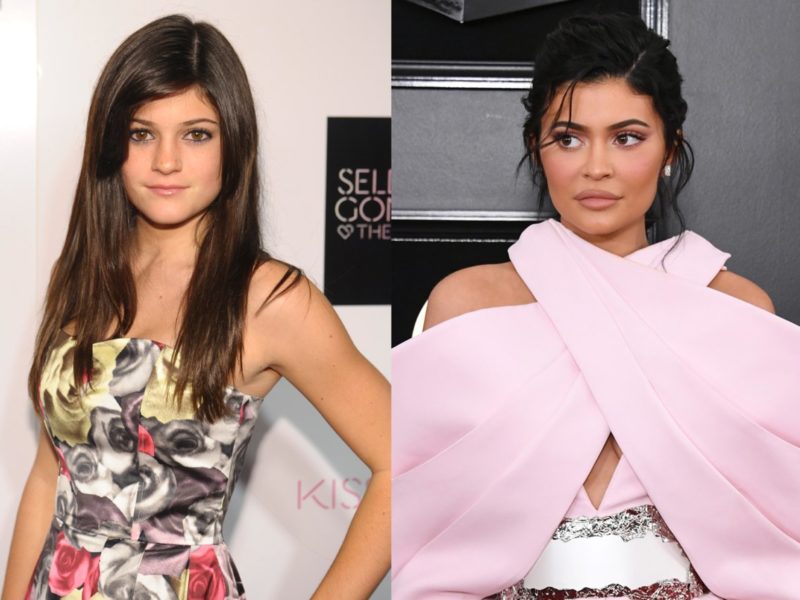 Kylie admitted that she had lip fillers, but then in July 2018, she revealed that she removed them. Again, in October 2018, she went public with the statement that she added her lip fillers back.

When she was accused of breast enlargement, Kylie said her breast grown bigger due to weight gain.

“My breasts filled up when I gained 15 pounds,” she claimed. 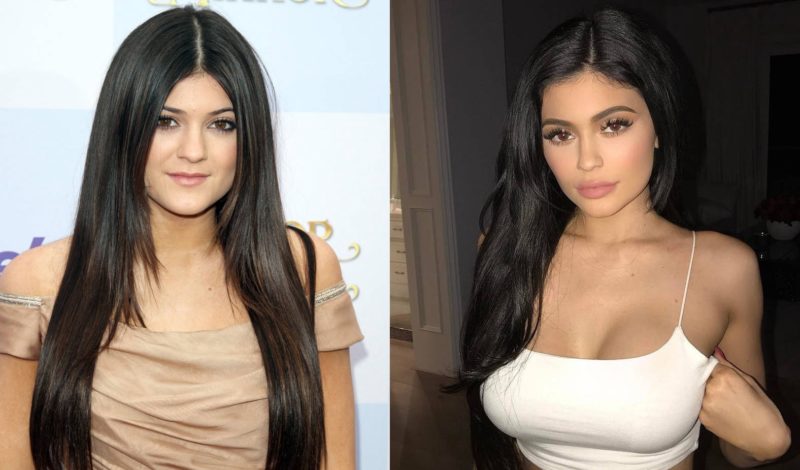 The rumors that she had breast implants first appeared in 2016 when she posted a photo on Instagram in a white T-shirt. These photos have fueled rumors of plastic surgery, but the young reality star denied that she went under the knife, claiming that her lavish bust was due to hormones. Still, fans did not believe her.

The Halloween costume again triggered fans to suspect about plastic surgery. Her Ariel from the Little Mermaid costume revealed her “a size or two” bigger breasts. However, Kylie claimed the size is due to a Victoria’s Secret push-up bra. 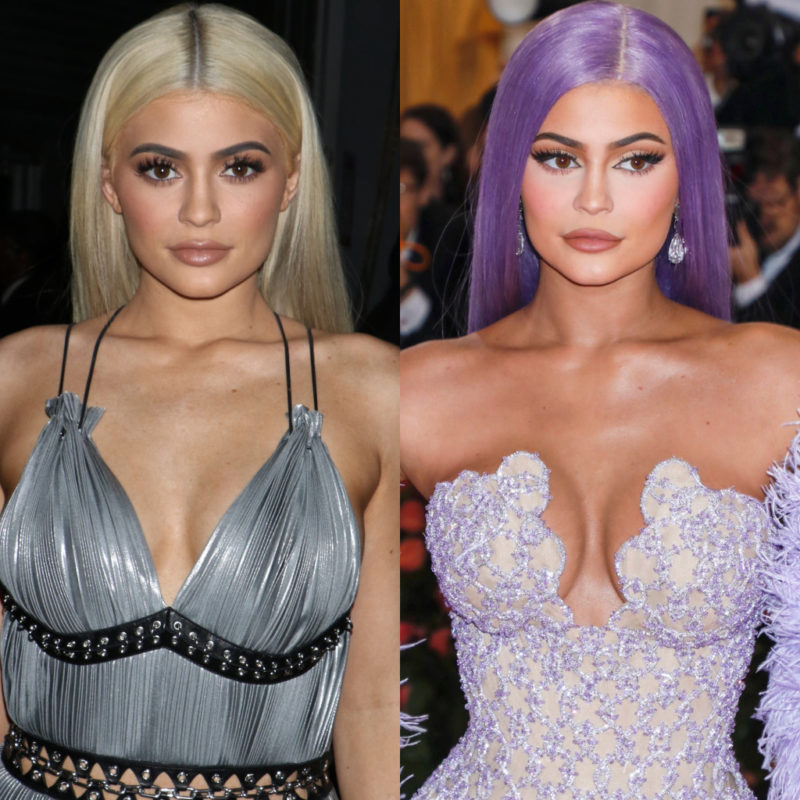 Kylie Jenner is among many celebrities whose appearance has influenced trends in cosmetics. She has her own cosmetic empire built on lipsticks.

Read Also: From Bieber to Drake – All Guys Kylie Jenner Has Allegedly Dated

Although her curves arouse great interest and admiration of the public, many people claim that her appearance is due to plastic surgery rather than exercise, nutrition, or mother nature. Certainly, we can only guess what the truth is.

Beyoncé And Solange Are Not Sisters, But Mother And Daughter?!