7 Kitchen Design Tips from the Experts

Designing a kitchen well has a certain art and science to it. It’s also remarkably easy to get wrong and make unfortunate blunders that you’re stuck with for years. To avoid this, we’ve looked at design tips from smart kitchen designers and picked out a few suggestions that are worth repeating.

Here are seven kitchen design tips to make note of and implement in your new kitchen.

1. Plan for Movement within the Kitchen 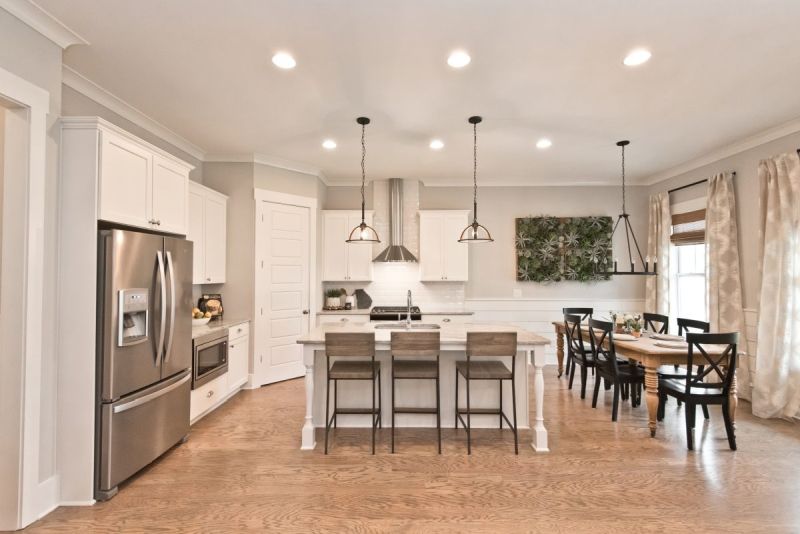 The flow within the kitchen – how people will enter, move around within the space, and then exit – is a matter that should be carefully weighed up.

Consider how many people are likely to use the kitchen and need access at different times of the day. This includes working weekdays and casual weekends too. For some families, the kitchen is a gathering spot in the morning, especially if there’s a dining area incorporated into it. For other people, the kitchen is only used for cooking, and rarely are there more than two people present at one time.

You know your personal situation best. Advising a kitchen designer like the experts at Hunter Hall Design about the usage patterns in your kitchen is worthwhile. They can create a space with an uninterrupted flow that will best accommodate the number of people who need access at the same time. 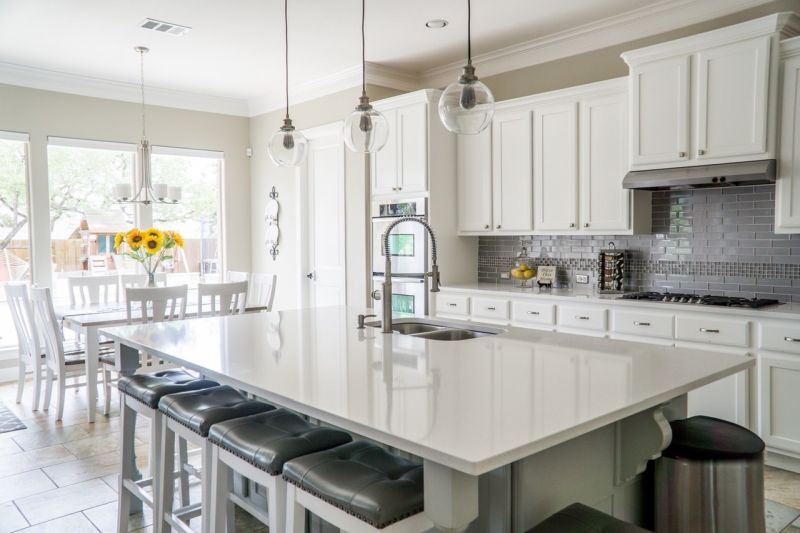 Even in a thoroughly modern kitchen, if it’s suffering from too little illumination, it will never feel like an inviting space.

It’s important to realistically assess how much natural light is going to be present at different times. Depending on which direction the kitchen windows are facing and the time of day, it may be more necessary to use overhead lighting to avoid dimly-lit days and areas in the kitchen that are poorly illuminated.

Also, if you can add a skylight, this would provide an incredible boost to the amount of natural light that is present during the daytime. But failing that, any kitchen space benefits from increased light levels. It’s also safer when using hot pans, sharp knives, and other kitchen-related paraphernalia.

3. Plan for Not Having a Kitchen During the Production Phase 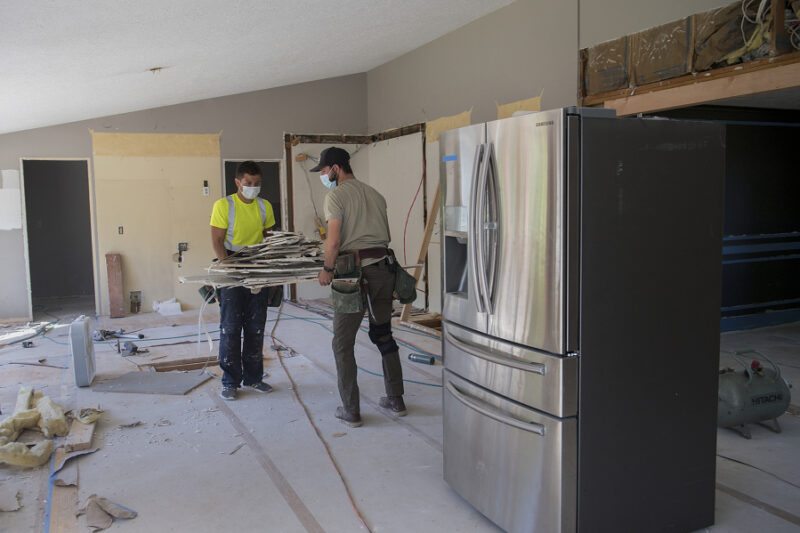 Kitchen renovations require a considerable period to complete. If an existing kitchen is already there and needs to be ripped out first, then even longer will be required.

In some cases, the plumbing might need to be upgraded, relocated, or both to accommodate a double sink, larger appliances, and more. Sometimes, unforeseen issues occur that require extra time too.

In the meantime, you’re stuck for the most part without a working kitchen. It’s impossible to explain how inconvenient this is until you’re in that situation. Simple things like getting the milk from the fridge to have some cereal in the morning become a surprising new difficulty. When you cannot cook any longer, you’re stuck purchasing pre-made salads from the UK supermarkets, situating the microwave in the living room to heat a readymade meal, or making friends with your local UberEats driver.

4. Build the Kitchen Around the Appliances & Sink 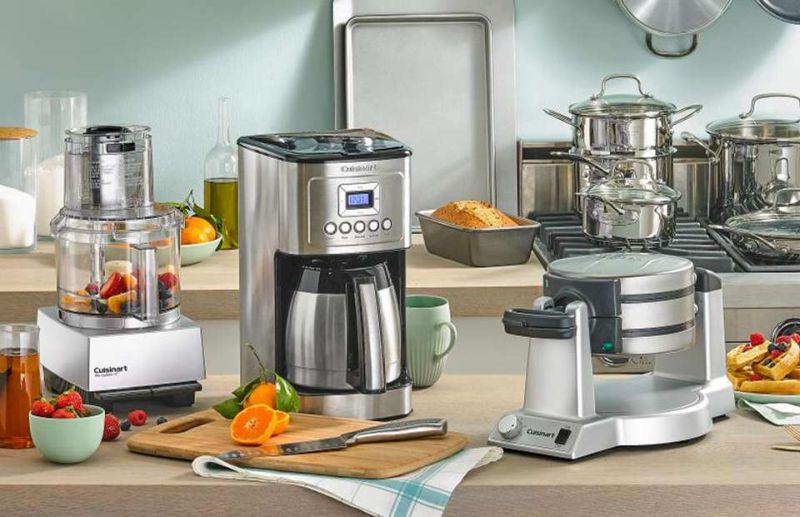 Choosing appliances or a large sink late into the kitchen design phase is a bad idea. Everything in a kitchen is controlled and restricted by size limitations. Planned cabinets that come in a certain size or need to be custom made to fit will no longer be right when the appliances are wider or deeper than expected.

It’s necessary to make firm decisions on the kitchen appliances and the sink that will be installed at the beginning. That way, things like plumbing requirements for the sink or elsewhere along with other concerns such are electricity and gas, can be accommodated early. Also, there isn’t a necessity to completely overhaul design plans for the kitchen based on fixed available dimensions that have now changed.

5. Use More Pullout Drawers and Cabinets 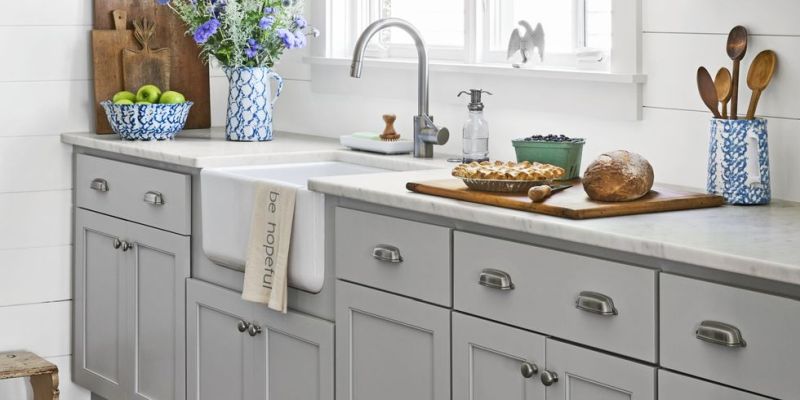 What you need is a way to store items that are still readily accessible. The days of stuffing items into a cabinet higgledy-piggledy are well and truly over.

Embrace the pullout drawers that let you access what you need in short order. Make sure cabinets are easily accessible and incorporate internal rack systems that make everything available quickly. Doing so will make you more efficient in the kitchen when busy and you’ll also “lose” fewer things that way too.

6. Spend Up for the Countertops

While the countertops might not be something you give much thought to, they dominate the space.

When you have a kitchen island or counters that form around the outer edges of the kitchen area, the counters are the key working area. They form the functional place where food prep is done, and delicious meals are made ready to serve.

Depending on the material selected, they can be very distinctive, even in a kitchen with a cooler palette. As such, they stand out and make a statement all of their own. They also can accent a plainer, single colour cabinetry choice, which might be more affordable than an overly fussy one.

7. Does the Kitchen Need Seating? 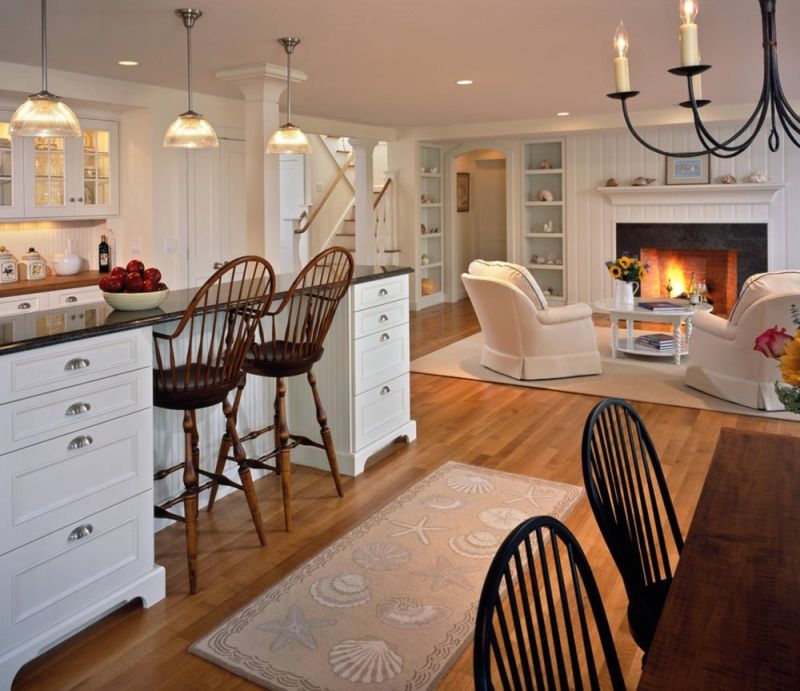 If the kitchen does tend to be a gathering spot in your household, then it’s important to include seating for people who’ll want to sit and chat while you cook.

To not do this will make it less comfortable for them. When you want to catch up with the kids about their schoolwork while you cook them breakfast, or when friends are over and you’re cooking up a storm, they’ll prove especially useful.

The seating can line up on the far side of the kitchen counter to avoid getting under everyone’s feet. When planned ahead of time, it doesn’t need to take up much space at all.

With kitchen designs, success comes down to strong planning. Consider how you use your existing kitchen, and what you most require; then, the design can be heavily influenced by this. Doing so will improve how it will feel and how functional it’ll be, and you’ll avoid making mistakes borne of not thinking it through ahead of time.

What Kind Of Paint Do You Use For A Cabinet?