The Italian head of the Benetton and Renault teams, born in 1950, despite all the nonsense behavior, is responsible for the stellar success of Michael Schumacher.

After some rather dubious business beginnings, Briatore becomes a Luciano Benetton’s man of confidence, firstly in the fashion world, and then in Formula 1, where he arrived in 1990.

From the start in Formula 1, he was excellent. Briatore noticed and drew in a team a young driver named Michael Schumacher. The German rider won the championship title in 1994, as in 1995, the same year that Benetton triumphed in constructor competition. 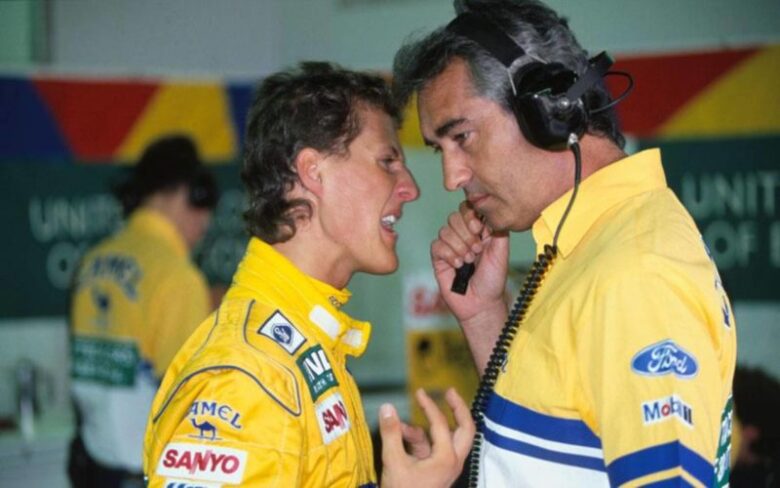 Resourceful and always on the lookout for good earnings, Briatore bought a portion of Minardi’s team shares in 1996, hoping to sell them at British American Tobacco at a high price. However, this deal failed, and the shares were purchased by Giancarlo Minardi and Gabriele Rumi.

In 1997, after David Richards arrived in Benetton, there was no room for Briatore. He officially retired from F1. From 1998 to 2000, he sold old Renault engines purchased from Mecachrome under the name Supertec.

In 2000, when Renault returned to F1 with the acquisition of the Benetton team, Flavio Briatore returned and became CEO and head of the team, instead of Rocco Benetton. In a short time, the team advanced and enjoyed success.

Briatore then discovers Fernando Alonso, which results in winning double titles in 2005 and 2006. In Singapore, in 2008, Nelson Piquet Jr. was told to deliberately crash to benefit Fernando Alonso at the Singapore Grand Prix. Flavio Briatore was banned for life from Formula 1 in 2009 for fixing this race. 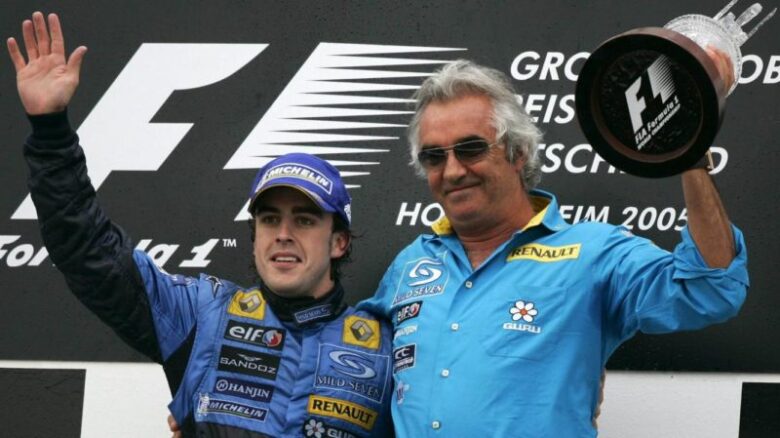 The sentence has been lifted in the meantime, but Briatore deals with other businesses today, and there is no indication of a possible return to Formula 1.

In the meantime, Michael Schumacher somehow “escaped” and passed “under the wing” of Willy Webber, but that’s why Fernando Alonso came. Briatore secured the young Spaniard a spot on the Minardi team in 2001, and then, in 2002, put him in Renault, first as a driver test, and then in the following season to replace Jenson Button. When he did, the British, but many other media outlets were appalled. The attacks were fierce, but Briatore calmly commented: “Time will tell if I was wrong …”

He was right about Alonso, but shortly Michael Schumacher’s story had been repeated – Alonso changed the manager.
Flavio Briatore has an innate sense of business and earnings. He is always where the money and the profits are, but this Italian also loves to have a good time.

Besides the many apartments and houses around the world which he possesses, he usually spends Christmas and Easter on a magnificent property in Kenya, villa with 12 bedrooms, and four swimming pools in the central house alone. Briatore is the owner of several clubs in Sardinia and Miami too. Whenever he has the opportunity, he enjoys cruising his 207 Blue (63.23 meters) Force boat. 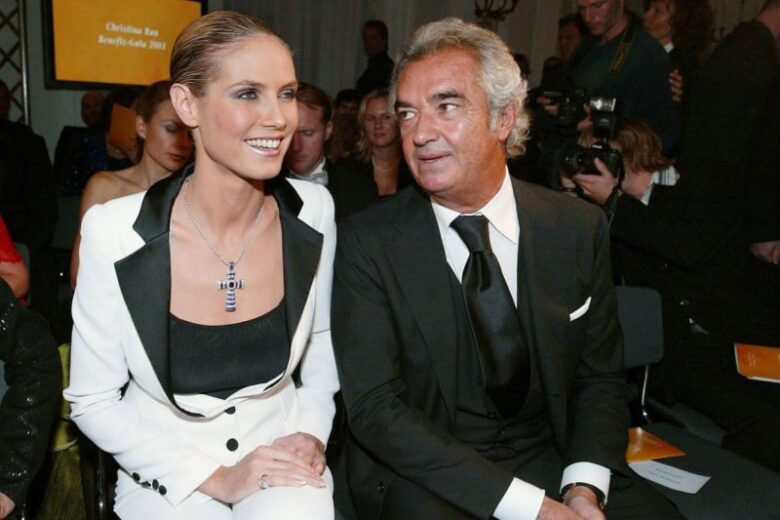 The former Renault Formula 1 managing director Flavio Briatore is considered by many to be the last real playboy in the F1 world. He was married to Nina Cohen very briefly and had relationships and love affairs with many models and supermodels such as Naomi Campbell, Adriana Volpe, Kat Mack, Vanessa Hilger, Gisele Bundchen, Heidi Klum, with whom he also has a daughter named Leni. Fiona Swarovski, as well as many other well-known and less known representatives of the world jet set, did not resist his charm.

Now Briatore has a new fling – 49 years younger than him. He is dating Benedetta Bosi, a 20-year-old law student.

Systemic Racism – A Hidden Ethical Threat in the Education...