As you probably heard, Paris Hilton is pregnant. Or, is she? According to the reality star, this is not the case and she’s not expecting the birth of her first child. Just yesterday the news broke out that Paris, a 40-year old celebrity, and her fiancee Carter Reum are expecting a child.

Hilton decided to address these rumors directly on her This is Paris podcast. Talking to the audience she stated: “Not yet. I am waiting ’til after the wedding. “The only thing in the oven at the moment is my ‘Sliving Lasagna.’”For all of you currently not following her carefully, Paris has an upcoming show on Netflix in the works. It is called Cooking With Paris, and the reality star expects really much out of it. 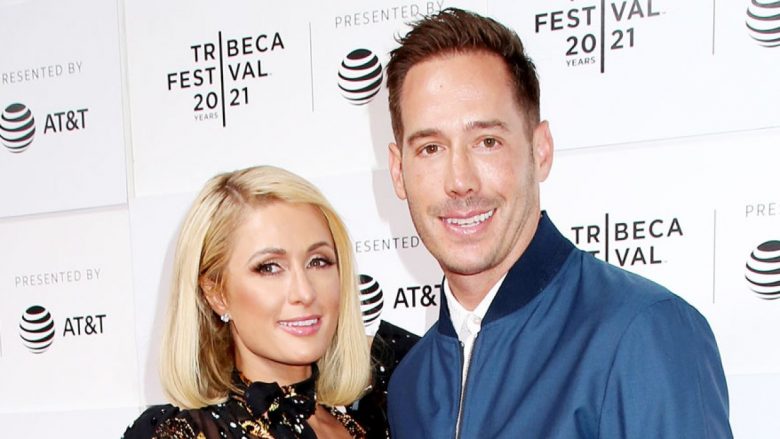 As far as the pregnancy news goes, the same was debunked by her sister Nicky Hilton who said that the pregnancy of her sister is probably the only speculation and most likely there’s no truth to it. The one thing that is in the works in addition to her Netflix show is her wedding. Paris stated that her wedding dress is being currently made and that it should be prepared for her wedding which is scheduled for 2022.

The socialite is 100% not working on a child right now despite announcing that she’s undergoing IVF treatments back in January. According to her, the plans for a family are there but are also part of the future.

Hilton is not shy about talking about this, and in one of her most recent interviews, she said: “I am so excited for this next phase of my life just seeing Nicky and her girls I can’t wait to be a mom and start a family and have a real life. I feel like my whole life I just focused on my career and work and not really my personal life. So I think I feel like it’s time for me to focus on what’s next, and I can’t wait to have babies one day.”

She also praised her fiance, to whom she refers as her dream guy: “He’s just my dream guy. … [Carter is] 100 percent [the one]. We talk about [planning a wedding] all the time and planning our baby’s names and all of that.” As you can see, she is not pregnant right now, but everything is set for this stage of their lives. The two got engaged after a year of dating, earlier in February, with all signs pointing both of them found their soul mates.

Paris just can’t praise him enough: “I am excited about this next chapter and having such a supportive partner. Our relationship is one of the equals. We make each other better people. He was absolutely worth the wait!” So, as we said, the pregnancy is not happening right now, but it could be only a matter of time. If the wedding is a priority right now, we can expect good news later in 2022 or early 2023. Anyway, we’ll be tailing Paris to get more info.

How to Choose Between Two Perfect Houses – 2022 Guide