CELEBRITY INSIDER – 04/29/2020: Holly Marie Combs is one of those people who lost someone close to them due to coronavirus pandemic. Her grandfather died from COVID-19, and she found the culprit, not in the virus, but President Donald Trump.

The Charmed star was angry at POTUS because she believes that he’s responsible for her granddad demise. Combs stated that President Trump told lies regarding coronavirus, and that her grandfather believed him, which led to his death. 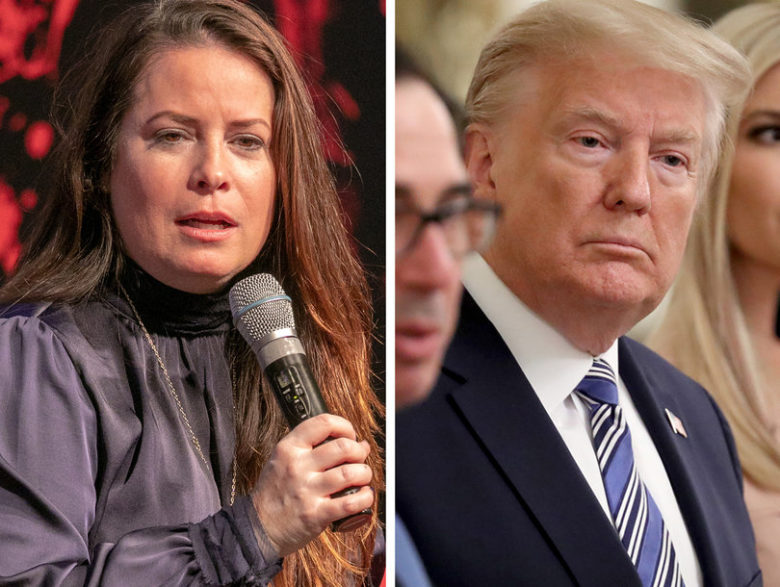 The actress couldn’t hide her resentment and called Mr. President a “disgrace to the human race.” Pretty Little Liars star reported that her grandfather died on April 27th, due to complications caused by COVID-19. She’s mad at the President and his administration for their mismanagement of the pandemic.

Same as many reporters these days, Holly Marie Combs first reminded POTUS what he said a couple of months ago. She re-tweeted this tweet of his:” The Democrats are politicizing the coronavirus. This is their new hoax.”

The reply Combs left on this tweet is the following:” My grandfather died today. He voted for you. He also believed you when you said that this virus was no worse than the flu. He believed every lie that you sputtered. He died from Covid-19 one day after his 66th wedding anniversary. You are a disgrace to the human race.”

My grandfather died today. He voted for you. He believed you when you said this virus was no worse than the flu. He believed every lie you muttered and sputtered. He died today from Covid-19 one day after his 66th wedding anniversary. You’re a disgrace to the human race.

Donald Trump was filmed saying that coronavirus is a hoax, but today he hearty denies it. He even goes as far as to defend himself on Twitter, sputtering more lies: “I never said that the pandemic was a Hoax! Who’d say such a thing? I said that the Do Nothing Democrats, with their Mainstream Media partners, are the Hoax. They’ve been called out and embarrassed on this, even admitting that they were wrong, but continue to spread the lie!”

Zero tolerance for Trumpers. Zero. Take it to someone else’s timeline. Not today Satan.

After her tweet, she was quickly attacked by Trump supporters, to which she responded:” Zero tolerance for Trumpers. Zero. Take it to someone else’s timeline. Not today Satan.”

How To Stay Safe While Travelling During Covid Times