Although it is widely believed that dog-cat love is not possible, on social networks often appear images and videos that show how these two animals love each other, and when needed, help one another.

Playing by the water, one cat fell inside and found herself in a life-threatening situation. Fortunately for the cat, there was a dog who didn’t want her to drown. 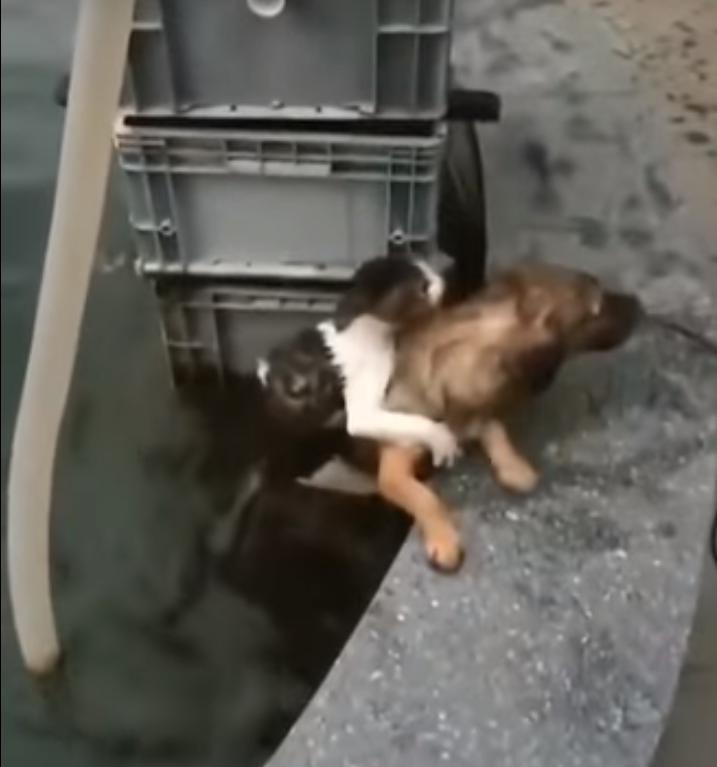 A woman from Turkey spotted this situation and decided to capture this moment. The video shows pup diving into the water, swimming under the cat and then piggybacking her to the safety. Although he did get a few scratches on his body and muzzle, this dog heroically managed to save the cat.

The frightened kitten then ran away and left the dog struggling to get out of the water. But the brave puppy overcame it by himself.

This video caused a lot of positive reactions, but also a backlash against the woman who filmed it. Some people criticized her for filming the incident instead of helping the animals. However, some people defended her, stating that animals can figure things out for themselves and don’t need humans to intervene. They were also arguing that this occurred in a shallow pond with water not too deep to cause any trouble.