Do you like science fiction? OK, maybe this isn’t your first choice, but some of your friends just adore this genre. Can you even understand this kind of passion for SF? And how to choose a proper gift for science fiction fans? To know what to buy them, you need to know at least something about the SF genre.

Themes And Motives Of Science Fiction

The boundaries of this genre are not clearly defined. Many science fiction works contain parts of other art genres, such as crime novels, horror novels, historical novels, and, especially, fiction. Science fiction deals with considering the impact of the progress of science and technology on society and individuals, predicting the development of humanity or talking about discovering and imagining new phenomena and technologies.

Also, science fiction sometimes deals with alternative history, trying to answer the question: What would happen if it happened?

The First Contact With SF – A Meeting Of Humans And Aliens 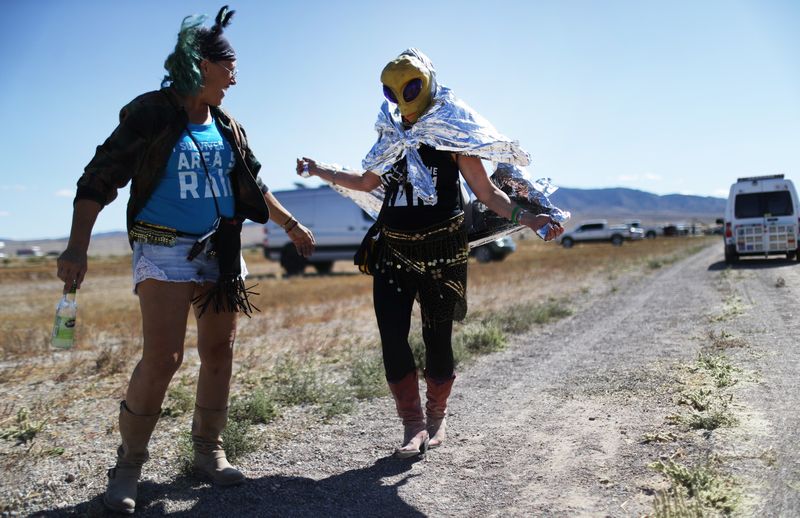 Meeting humans and aliens is one of the oldest motives in science fiction. In the novel Rendezvous with Rama, Arthur Clark describes the passage of a huge alien spaceship through the solar system. People are investigating him – but his true purpose remains shrouded in secrecy. Spielberg’s movie Close Encounters of the Third Kind is a classic of film productions on the theme of the First Contact.

Carl Sagan’s novel Contact, as well as the film of the same name – represents the most famous realizations of these motives in a hard science fiction form. This motive appears in a multitude of science fiction works – even when it doesn’t represent the main theme.

Star Trek And Other Popular Series 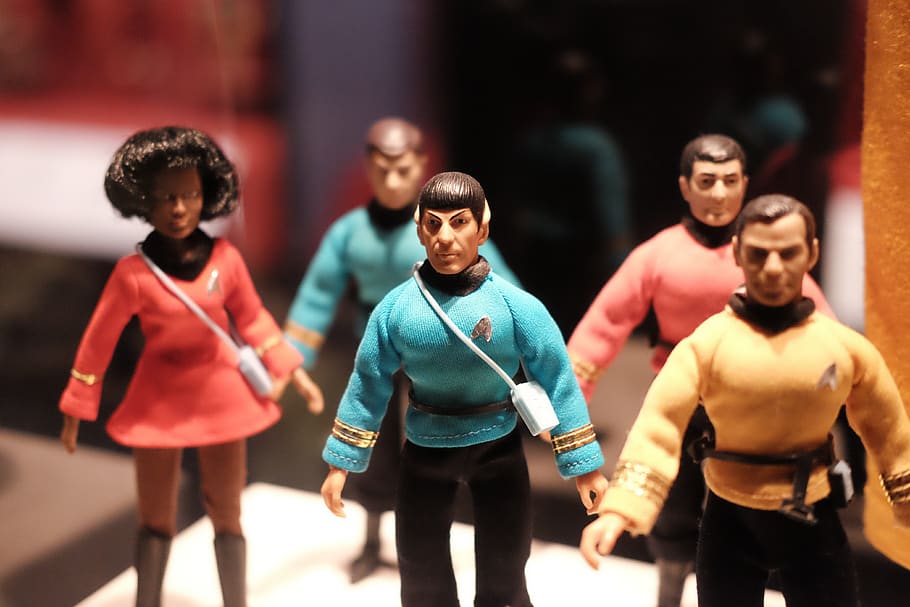 Star Trek is a series that has created one huge franchise and probably the largest fan base in the world, which can be freely called a subculture. There are no media in which it has not spread: from film, literature, computer games to music. The Star Trek franchise is worth billions of dollars today, all thanks to the unforgettable characters of Kirk, Spock, Bones, and Scotty – and the magnificent ship Enterprise. There are, of course, other mega-popular series like Battlestar Galactica, Babylon 5, X Files, and many others.

How To Choose The Right Gift For Science Fiction Lovers? 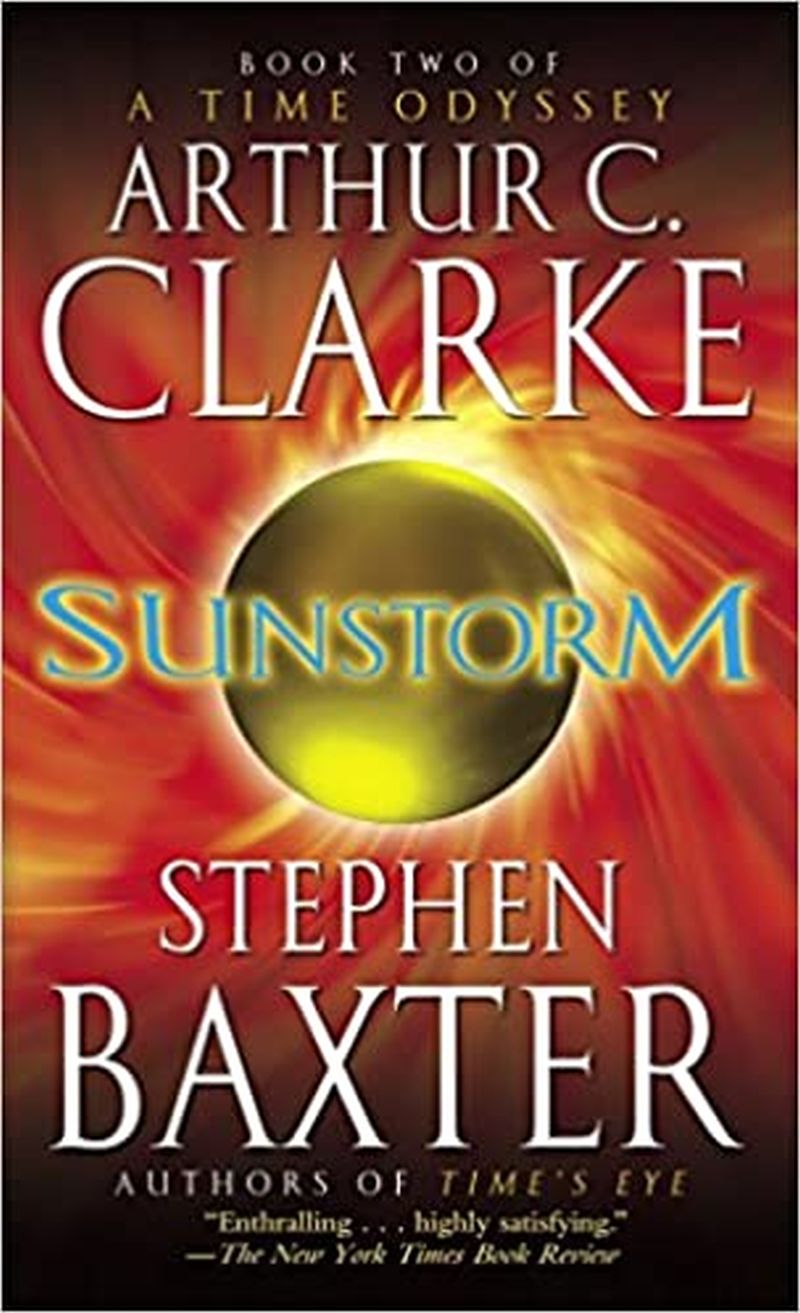 Even if you are not a fan of science fiction, we are sure that there are many such people among your friends. Most of them simply swallow books, movies, and series which are connected to SF topics. These are people who are interested in things such as aliens, space, robotics, and even science. We can say that these are the people who have a fondness for a wide range in this area. So, the gifts for them have to be in some way specific and exceptional. Fortunately, the choices are wide.

Whatever you choose, from Arthur Clarke’s books through Star Wars to the Sphere – you can’t go wrong. However, we have singled out a few suggestions for you when it comes to gifts for SF fans. We are sure that this can help you in choosing – or making the final decision. Here are 5 gift ideas for science fiction fans.

1.    A Book Is Always A Good Choice: Solaris By Stanislaw Lem 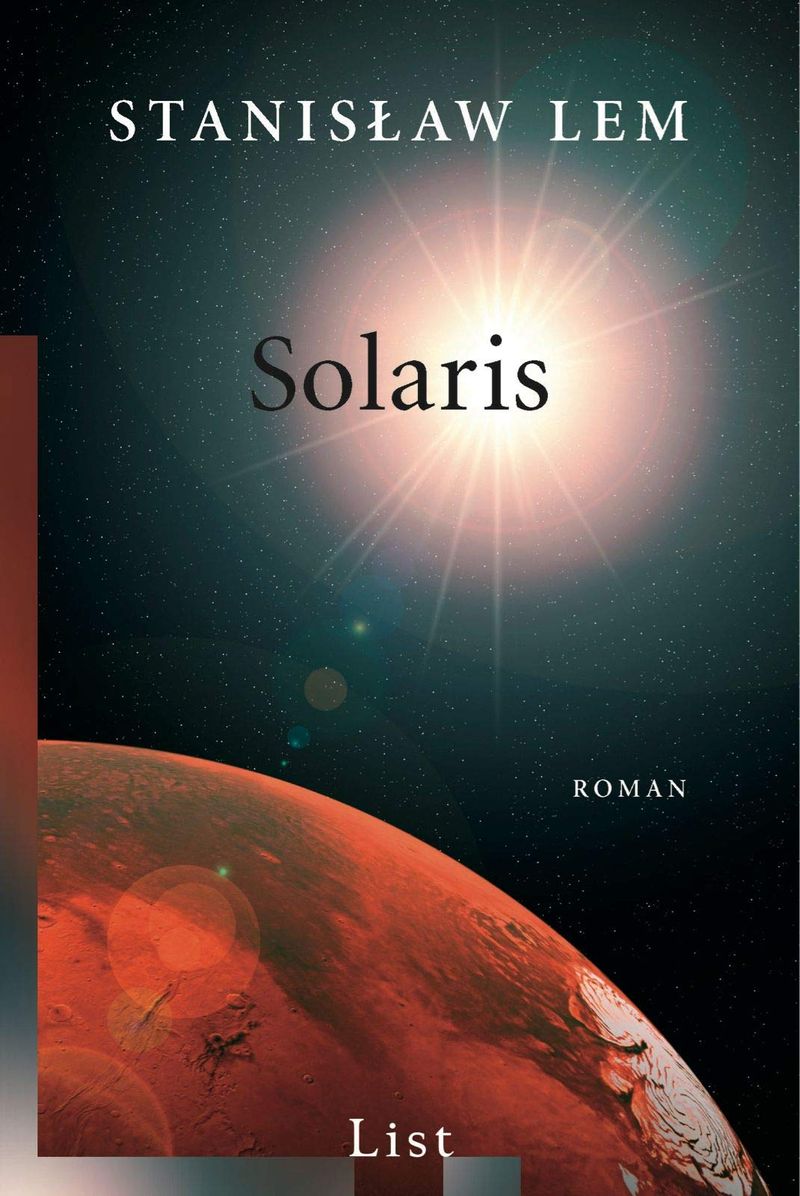 If you opt for one of the science fiction novels, you can’t go wrong. These are books that SF fans simply adore. Many of them have collections of these novels – so we suggest you inquire just in case. You wouldn’t want to buy some of the novels they already have. One of our suggestions is certainly the novel Solaris, by Stanisław Lem.

According to  CoolThingsChicago.com – this is one of the best books you can choose for SF fans. Solaris is a planet covered with an ocean that represents a giant intelligent entity. In orbit above Solaris, there is a small terrestrial colony, whose inhabitants are feverishly trying to establish contact with the mastodon mind that indifferently lives under them, not reacting at all to people’s attempts to communicate with it.

This is an exceptional, unique work, which greatly exceeds the boundaries of the genre and joins the motherland of great literature, basing its values ​​mostly on Lem’s gloomy, but the artistically extraordinarily fruitful vision of man’s inability to authentic first contact. 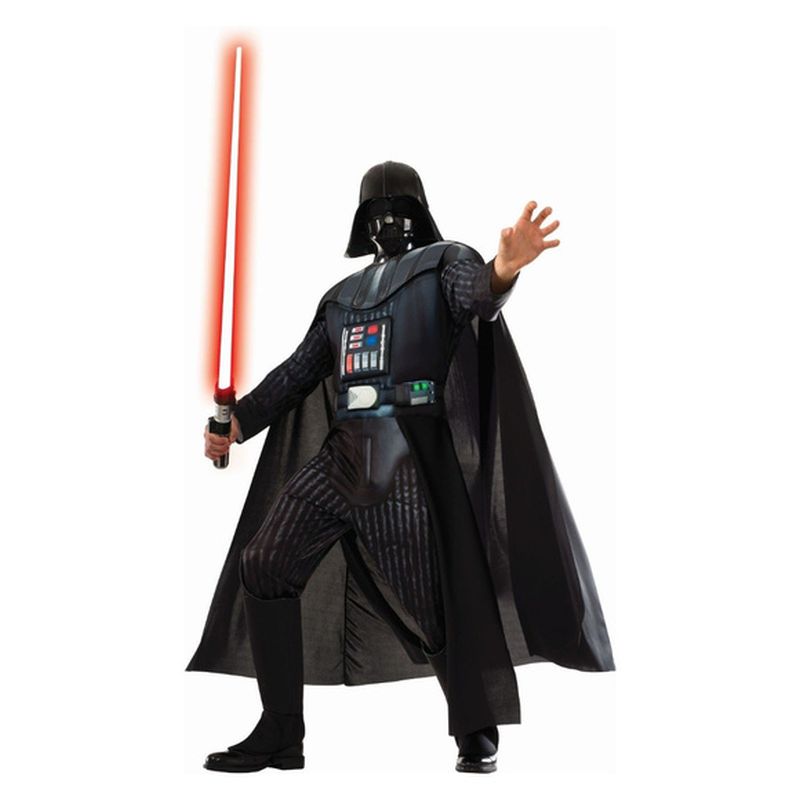 Darth Vader is known for his striking iconic armor. We assume that his armor is very uncomfortable, that his movements are very limited – and we believe he can’t wait to take it off and relax. Well, this is the suit that Darth Vader wears when it’s time to relax. The one-piece jumpsuit, comfortable, soft, warm, perfect for cold winter days. Feel free and take a risk and try it. You can be sure you haven’t tried anything more comfortable in a long time. 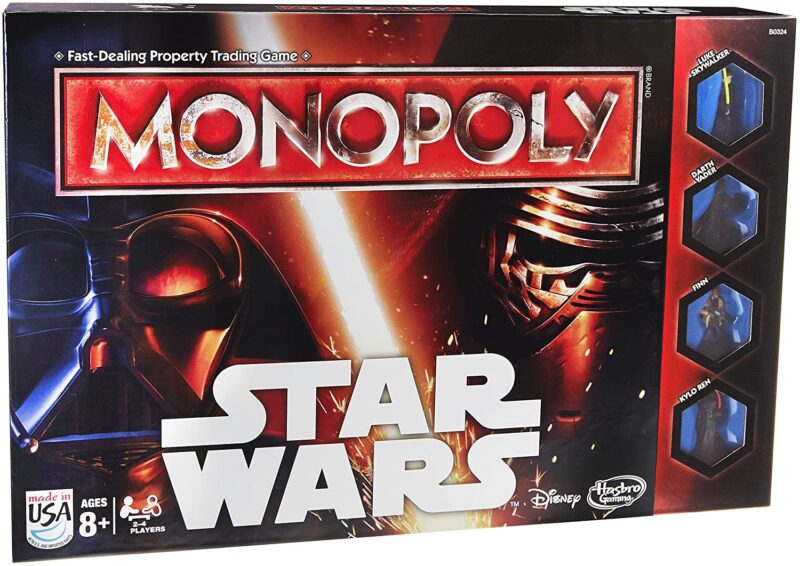 Today, the Star Wars series of games have a lot of different genre programs – from action platforms, through shooters, to logical intricacies. Still, what we all enjoy to play is the Monopoly. This game is intended for a larger number of players, where everyone aims to become the richest, – that is, to “rob” other contestants.

We can achieve it by buying land, building buildings, and charging for residence. At the beginning you need to choose a character – a figure to represent you on the board. You can choose from several characters like Luke, Leah, Solo, Darth Vader, Stormtrooper, and others. 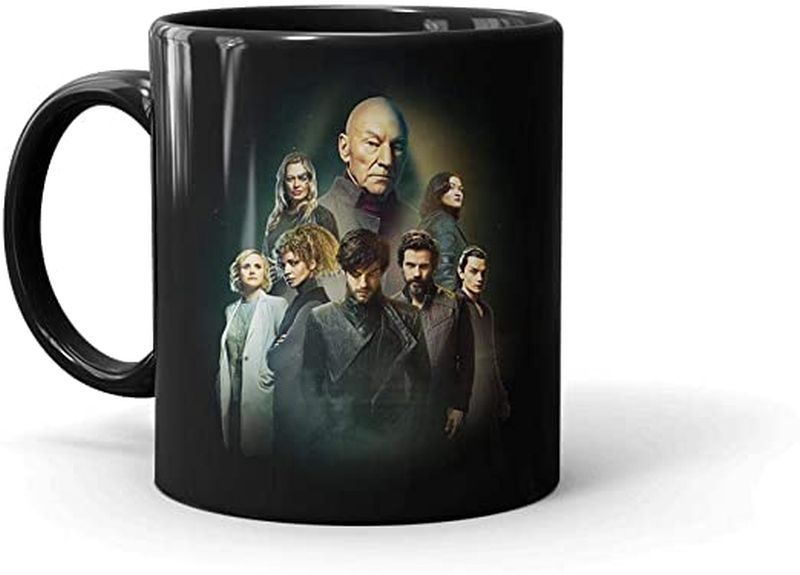 In our humble opinion, for someone to be considered an SF geek – he must watch all the Star Trek series at least twice. It is a well-known series in which the miracles of technology known today first appeared: A self-opening door, a mobile communicator, a voice computer interface, a touch screen, and many other inventions.

To satisfy loyal fans and earn something, a new season called Star Trek: Picard was recently made. Unfortunately, there is no Enterprise, no Voyager, no big ships, no fleet, or no research missions. But there are our old favorite characters whose appearance makes our hearts beat faster – and we remember when we enjoyed each episode as kids. 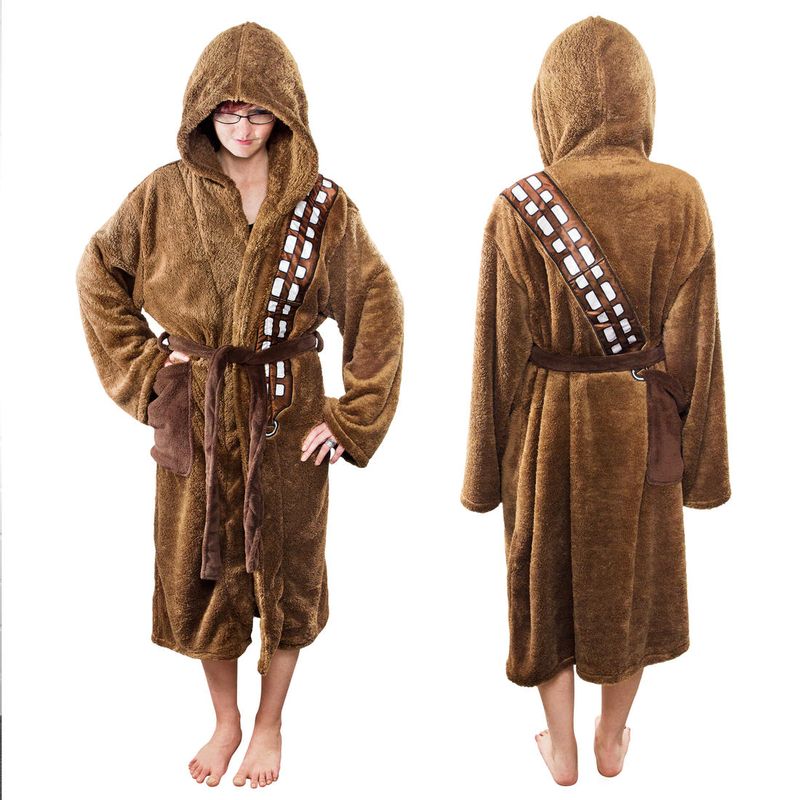 Rrrrwwwrrrrggrrrrr! It is an accurately written sentence in the Wookie language, the meaning of which we must not reveal to you. A large hairy beast with short nerves that tolerates cold very well and does not tolerate losing in Dejarik, so we warmly advise you that if you get the chance to play a game, let Wookie win, as did the little R2-D2 on the advice of his best friend. When after a warm shower, you want to relax a bit – just put on this bathrobe and enjoy its softness.

10 Magnificent Gifts For A Сhildbirth

A Guide Towards the New Journey of Life: Studying Abroad