Religion holds a very crucial position in the world. This has been the same for ages. Humans having faith and following a religion, believing in a single power allows sanity to exist. For centuries, it has helped maintain decorum in civilizations. It has given hope to people when they had nothing to look forward to. Thus, the conduits of religious knowledge are as vital to us.

Clergy members or priests are such religious leaders who show the path of spirituality to humankind. While walking past the gates of a church, you must have noticed specific priests or ministers dressed gloriously with a gleam of confidence in their eyes. Everything is special about them; the way they guide us through, the way they impart wisdom, and let us be blessed with the presence of God.

One such special thing about them is the vestments they adorn. Not only are these fetching little garments, but also they have a vast history and meaning behind them. In this post, we will be looking into some interesting facts about the vestments. We shall begin by getting to know what these vestments are. 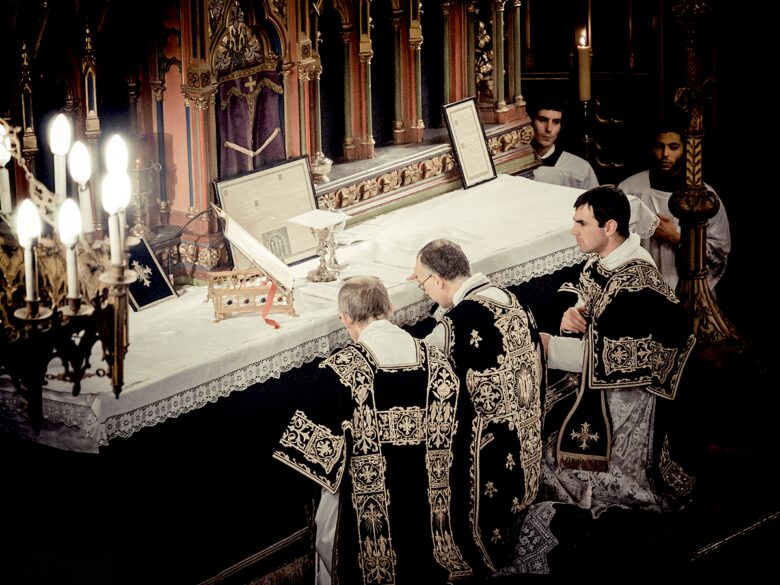 These are robes worn by a priest, a minister, clergy, or any religious leader during services. It includes a no. of clothing the priests wear. In traditional Catholic vestment, the AMICE, the stole, alb, cincture, and the chasuble are included. These come in many colors, which helps identify the purpose. Now that we have an idea of vestments, we can learn curious facts about them.

1. Purpose of Wearing Vestments- Why Vestments?

One of the primary reasons is their spiritual significance. Priests and ministers wear the vestments during service. This signifies that the priest is not the utmost authority and is holding the service under the lord. Vestments also help in the easy identification of the priest. Vestments are also considered important in disregarding modern clothing and reducing distractions.

2. Colors of the Vestments 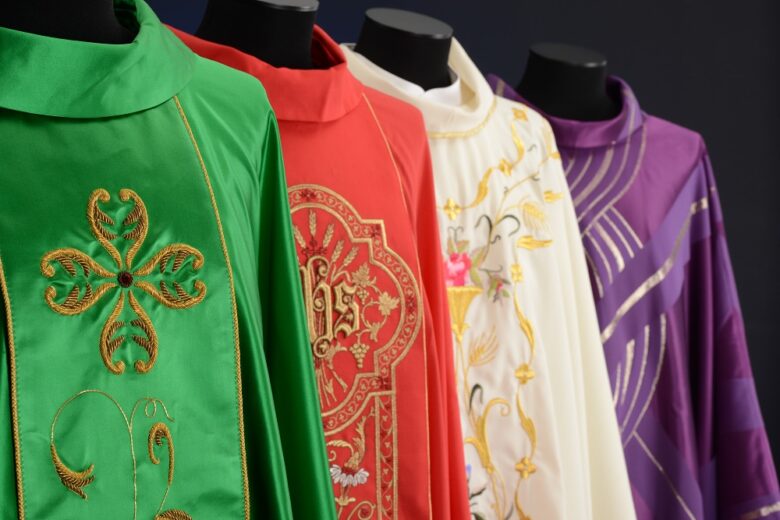 It is not new that vestments are available in different colors, some even customized. The difference in the type of colors represents the officials wearing them. It even determines their ranks. The most common colors are white and gold, worn during Easter and Christmas. The red color represents Jesus’s blood, while purple is a popular color during the Advent season. It depicts pain and sorrow. Other colors include blue and green which show faith in Jesus’ resurrection and honor Virgin Mary, respectively.

Vestments come in different types based on what purpose they serve. A few of the types are the Chasubles, Dalmatics, Humeral veils. Priests of the Roman Catholic Church wear chasubles. These are used in masses and service and can be used for other events as well. The humeral veils are also worn by the Anglicans and Lutherans. For further details about the church vestments’ types and color, you can check out https://www.wattsandco.com/collections/vestments.

4. The History of Vestments 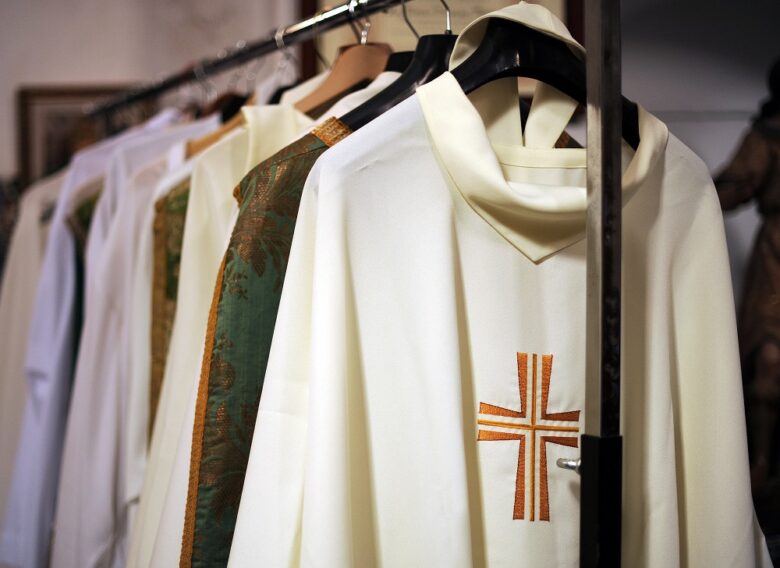 The vestment is a Latin word meaning “clothing.” In the earlier centuries, the clergyman wore similar dresses as the followers of the faith. However, from the 4th century, there has been reformation in the fabric and types of the garment involved. The final forms as of today were established in the 13th century.

5. Why do priests wear black?

This particular color can not easily be found on a priest vestment. Black resembles simplicity, sorrow, and dignity. These are mostly worn during funerals. Also, among Roman-rite catholic clergy, it helps distinguish them from the non-catholic clergy. 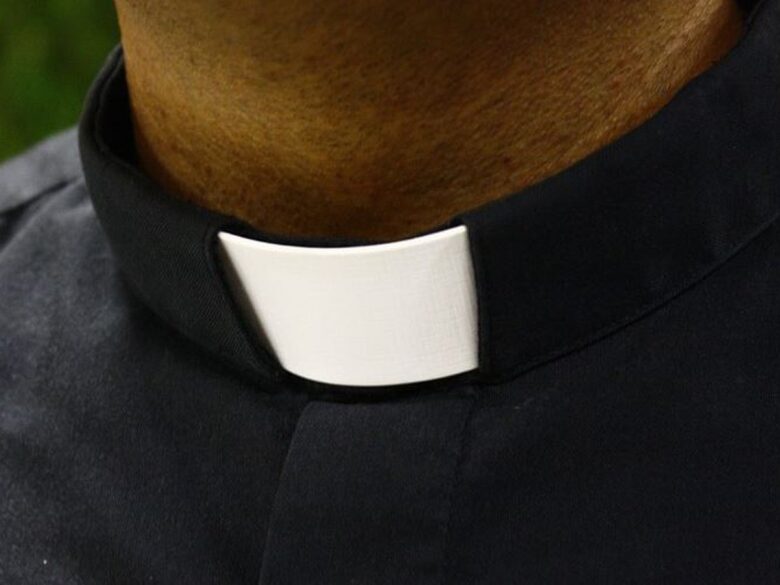 These are collars that are stiff, upright, and white. Roman collars were started to be worn around the 6th century as a way to identify the clergy outside the church. These can be worn by all ranks of clergy irrespective of if they are bishops, priests, seminarians, or deacons.

7. Prayers while wearing a Vest

Putting on a vestment in itself is a sacred process. These prayers are recited when a priest puts on the vestments for liturgy. It is a common practice for both eastern and western churches. In the western rites, these may occur:

There are different recitations for a bishop before pontifical mass, before low mass, or for a celebrant who is also a priest.

8. Purpose of the Prayers 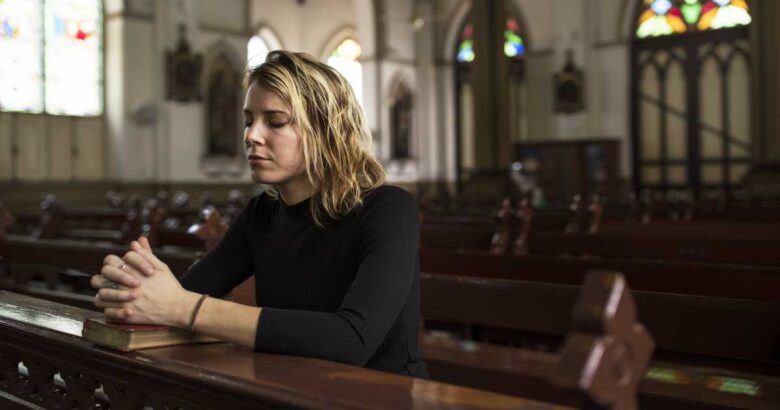 The prayers recited during or before wearing a vestment helps the religious leader to connect to the sacred entity and disconnect from the materialistic values of this world. Vestments, like in every religion, help the priest become the symbol of reverence within a society, someone you can approach if you want to connect with the Almighty.

In the earlier times, distinction within a society was of the utmost prudence, which is why clergymen resorted to wearing vestments specifically designed for them. However, over the years, these clothes became more than just clothes and started symbolizing the power a clergy held over the society since they were the closest to God.

As we have seen above, vestments play an integral part in symbolizing the importance of religious leaders and religion in a man’s life. They are a piece of garment with incredible history and belief molded into them. Even in today’s world, religion maintains a balance among sacred entities and the trepid powers that want to tear the world apart. However, having faith in the Almighty can help you overcome even the darkest of times, most admirably.

If you want to know more interesting facts about vestments, or if you are looking for custom vestments, clergy vestments, or church vestments on sale, you can reach out to several online marketplaces that deal in similar products. The websites will help you find the appropriate vestment for you or your priest. Vestments have modeled the entire priest-hood into something that can be perceived more accurately rather than publishing ideas about it in books.

What 6 Type Of Events Are Suitable For A Party...

Are Rumors That Pope Benedict Plots Downfall of Pope Francis...