CNBC – 04/11/2020: Donald Trump puts health over the economy, and this is good news to hear. During the Friday presser, POTUS stated that he would not reopen the economy till the moment “we know this country is going to be healthy.”

The U.S. Department of Health and Human Services released a report which has grim predictions. They claim that if stay-at-home orders and social distance orders are lifted after only 30 days, we could have pandemic resurgence back during the summer. 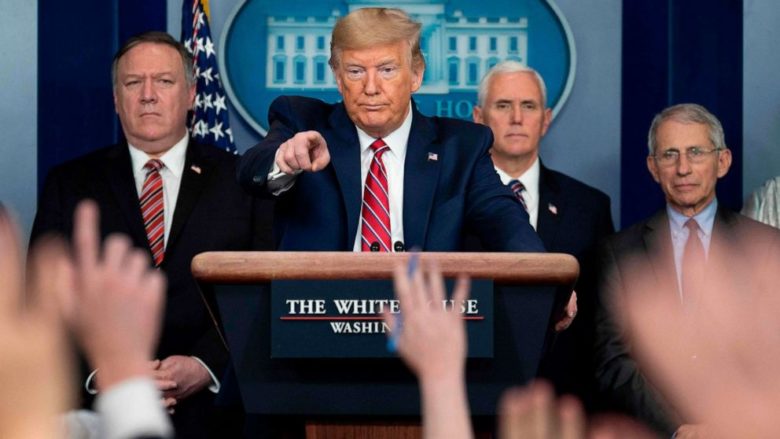 When POTUS was asked if he heard these projections, Trump responded: “We’re looking at a date, we hope we’ll be able to fulfill a certain date, but we’re not doing anything until we know this country is going to be healthy.”

President is finally synced with people working on stopping the pandemic. Mr. Trump also added: “We don’t want to go back and start doing it over again, even though it would be in a smaller scale.”

The 45th President of the U.S. also said that he works with both Democrat and Republican governors on reopening the States. The economy is an essential part of American society. POTUS said: “I don’t know that I’ve had a bigger decision, but I’m going to surround myself with the greatest minds, not only the greatest minds, but the greatest minds in numerous different businesses, including the business of politics and reason, and we’re going to make a decision.

As usual, Donald Trump kept his positive stance and concluded: “Hopefully, it’s going to be the right decision.”

In previous weeks Trump claimed that he would open the states by Easter. This is clearly not happening, but Mr. President is hoping for a reasonable conclusion of this crisis: “I want to get it open as soon as possible. This country was meant to be open and vibrant. I would love to open it; I’m not determined to anything. The facts will determine what I do, but we do want to get the country open.”