Judging by Donald Trump’s remarks in both past and present, we can say he doesn’t hold too many athletes close to his heart. He often criticized many of them, sometimes even without proper ground. But, during the 2022 Olympics in Tokyo, he was rather quiet. It was nothing like him.

But, the time has come. for former US president to give his opinion on biggest sports event of the year. The target was, as it was to be expected, the US women’s national soccer team. This is what Trump had to say about the US success on the biggest stage: “If our soccer team, headed by a radical group of Leftist Maniacs, wasn’t woke, they would have won the Gold Medal instead of the Bronze.”

Trump, who is a loser of the sort himself, as he lost the US presidential elections only a few months back, shouldn’t be criticizing a team that in the end won the bronze medal. Instead of praising them, the 45th US president decided to comment on kneeling and the anthem: “Woke means you lose, everything that is woke goes bad, and our soccer team certainly has. There were, however, a few Patriots standing. Unfortunately, they need more than that respecting our Country and National Anthem.” 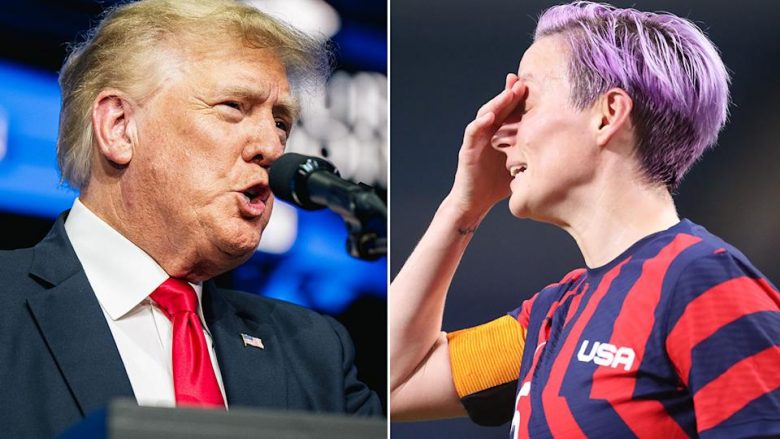 As it’s usually the case, Trump was once again full of false statements and misinterpreted acts by other individuals. For one, the entire team stood up for the national anthem. They were kneeling before the anthem to turn attention to the everyday racial injustice that plagues the world, and America the most.

As it was to be expected, Donald also took a dig at Megan Rapinoe: “They should replace the wokesters with Patriots and start winning again. The woman with the purple hair played terribly and spends too much time thinking about Radical Left politics and not doing her job!” He probably missed on Megan’s amazing performance in the third spot playoffs, as she scored a brace. 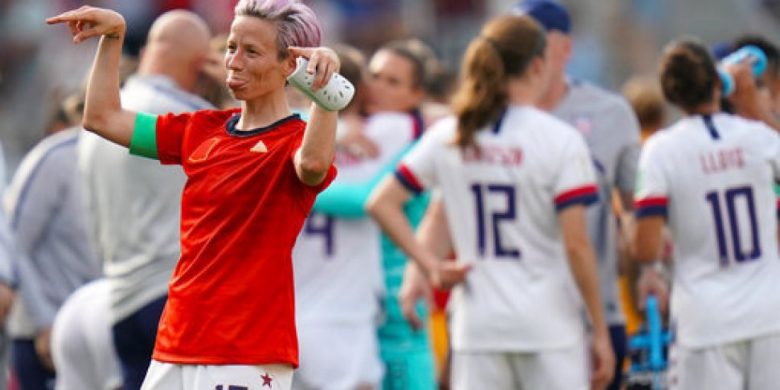 The reason he singled out Rapinoe was of course that they have a history together, being on the opposite sides of the political specter. Back in 2019, Megan commented on Trump and his politics: We’re everything Trump loves – except that we’re powerful women. I’m not going to the fuc*ing White House. Considering how much time and effort and pride we take in the platform we have, using it for good and leaving the game in a better place and hopefully the world in a better place, I don’t think I would want to go.”

So, as you can see Donald Trump is back at it, criticizing people who are successful only on the basis that they don’t agree with him. In the past, trump showed similar behavior as he often criticized athletes for their actions. In most cases, he was unprovoked and mostly targeted sportsmen and sportswomen who are black. We’re sorry Donald, but you are not right here, nor probably anywhere else. Not everyone can be Tom Brady. But, even he turned his back on you, didn’t he?

How to Drop a Surprise Party for a Friend: Ideas and Advice – 2022 Guide