NEWSWEEK – 03/24/2020: Despite the coronavirus outbreak, some areas of life will continue as if nothing happens. President Donald Trump is currently dealing with COVID-19 pandemic, but this didn’t stop his presidential campaign. To be honest his rivals also continued. The elections will not be postponed as it’s expected for coronavirus outbreak to be over until November.

Many experts believe that Donald Trump could lose the general election in a couple of months if he doesn’t handle the coronavirus outbreak well. So, to determine how he stands with citizens right now, progressive polling group Navigator conducted a poll. According to their survey, 52% of Americans trust that POTUS is doing good regarding the new virus. 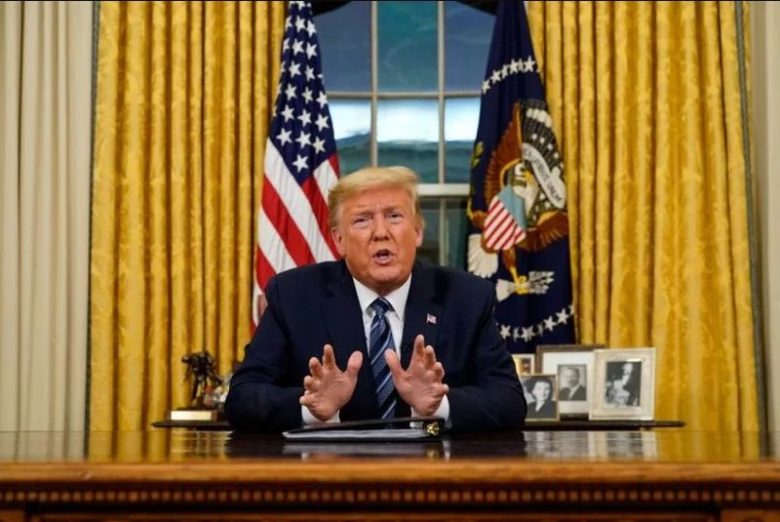 42% of those surveyed stated that they are not happy with the way Donald Trump handles the crisis. The voters also decided to put their fate in POTUS rather than in congressional Democrats when asked who they would trust more to handle the COVID-19 crisis.

Read Also: Coronavirus Talks to Us This Chilling YouTube Video

While citizens support Trump’s handling of the ongoing crisis, they are not satisfied with what he has done with the health-care system. This poll was conducted in the shadow of the Senate’s decision to block Trump’s stimulus package for coronavirus worth $2 trillion for the second time.

President Trump wasn’t satisfied with their decision: “Congress must demonstrate the same bi-partisanship again, and join together to pass the Senate bill as written, and avoid playing any more partisan games. This should not be a time for political agendas, but rather one for focusing solely and squarely on the needs of the American people.”

One of the Senators that voted against this stimulus was Sen. Elizabeth Warren (D-Mass.) who explained her decision: “The taxpayer has a right to know that if the Trump administration wants to hand out $450 billion in a bailout to giant corporations, then by golly, they have a right to know that that money is going to help workers, not to increase executives’ compensation or to boost returns to shareholders.”

Donald Trump Shows His Funny Side Amid Coronavirus Fears