Diego Maradona is one of the greatest ever footballers to ever step foot on a football pitch. Maradona had his off-field problems, but there’s no denying when it comes to football, he is one of the best players. Through the years, he was often in the spotlight of tabloids because of the numerous affairs he was involved with. 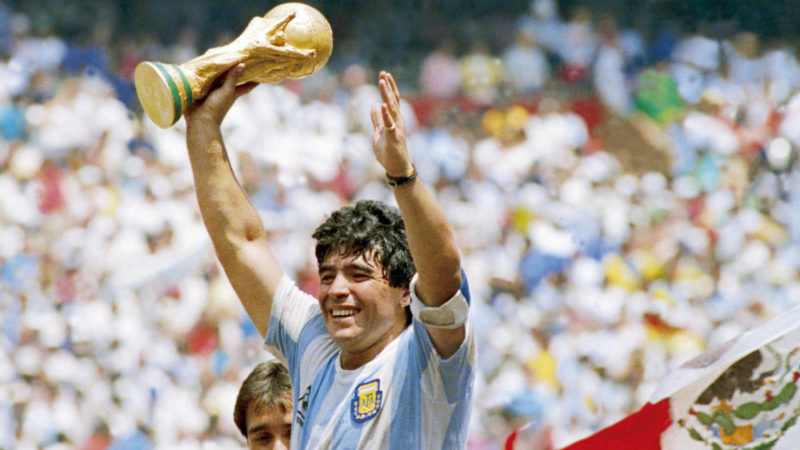 Even though he is 59 today, he still can’t stop shocking the public with his statements and incidents.
One of the best football players ever, and today’s coach, Diego Maradona, recently decided to reveal another intimate detail from his life to the world.

Maradona spoke to the media about how old he was when he had lost his virginity and then went into details about what it looked like.

“I lost my virginity at the age of 13, in the basement, with an older lady. I was on top, and she was reading a newspaper”, Maradona revealed. 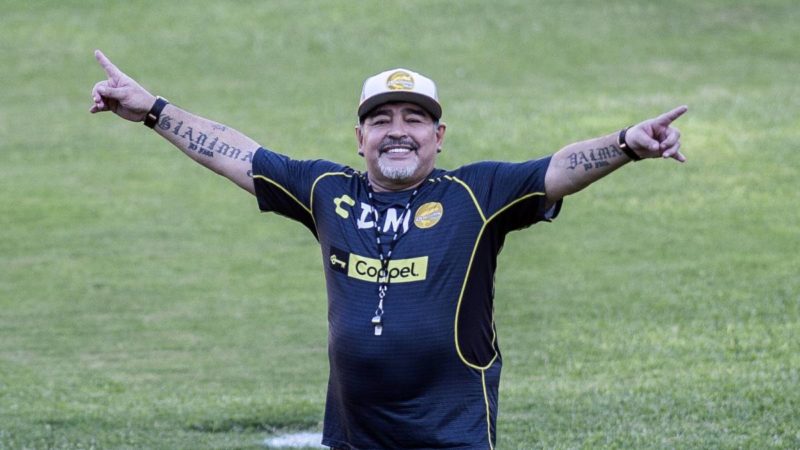 Former Barcelona and Napoli attacker revealed what he used to lie about so he could escape the consequences of his doings. On one occasion, he had not been home for three days because of too many drinks and had to come up with an excuse.
“I got home and said that UFOs had taken me. I said, ‘They took me, I can’t tell you about it’.”

Legendary Diego Maradona had numerous scandals throughout his career. In May this year, Maradona was arrested at Buenos Aires airport after his ex-girlfriend Rocio Oliva sued him because he owes her $9 million. 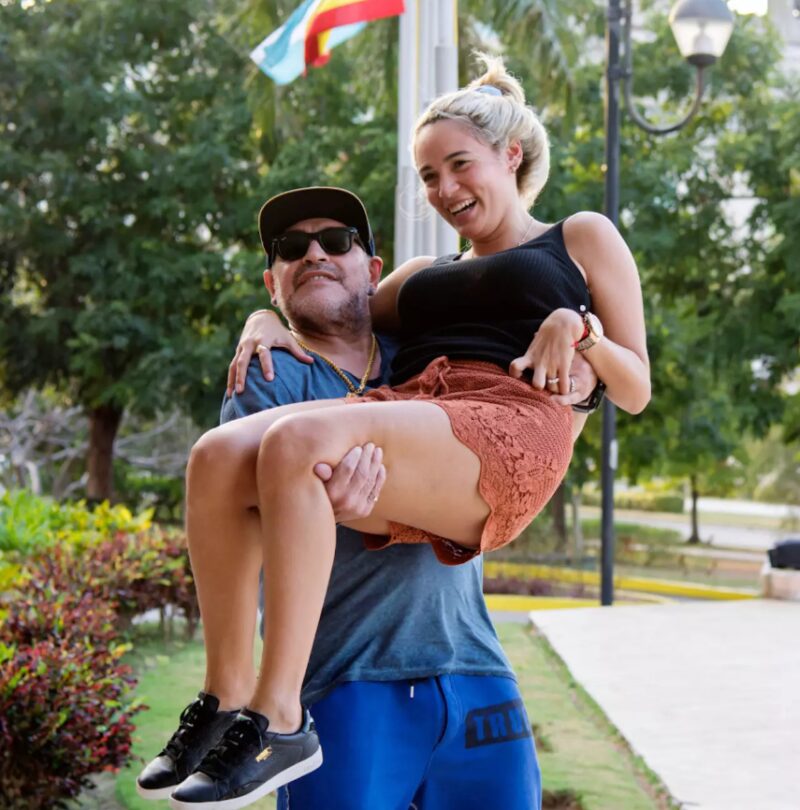 Maradona was released from custody after the hearing and will have to appear in court. Oliva and Diego had a relationship from 2012 until the end of 2018. She launched a claim against him for “action of economic compensation”.

The arrest in Buenos Aires was the latest in a series of scandals that Maradona has made or experienced. Controversies followed him from the famous “Hand of God” goal when he gave a goal with his hand in the quarter-finals of the 1986 World Cup in Mexico.

This was, however, innocuous compared to what happened to him in 1991, at the time he played for the Italian Napoli. He was then suspended for 15 months out of football after doping control revealed he had used illegal substances. He then had clashes with reporters and fans, and in 2000 he overdosed on vacation in Uruguay.

Then he fell into a coma, from which he awoke after two days. In one interview, he said he had left substances.

“I started using dr**s at the age of 24 when I was in Barcelona. That was the biggest mistake of my life. My daughter asked me to live for her while I was in a coma. I thank God because he listened to her and woke me up”, Maradona said recently. 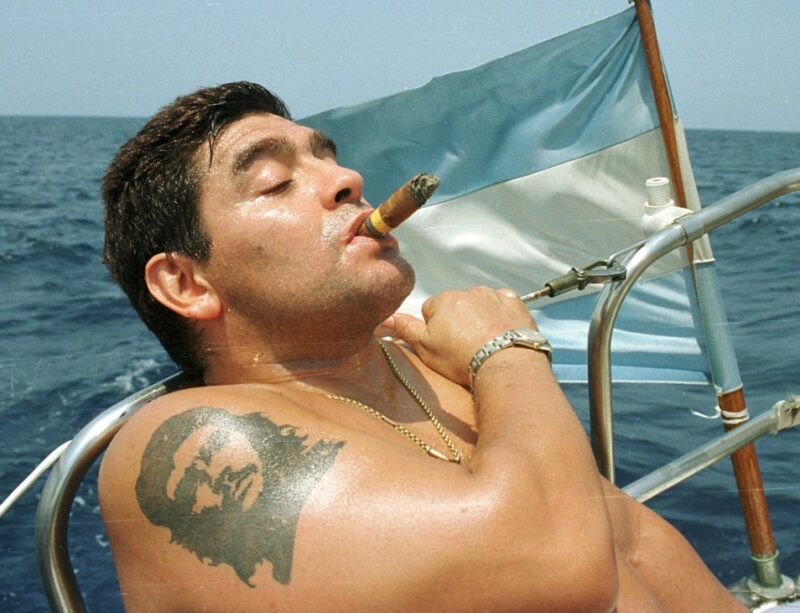 In 2004, he survived two heart attacks, also due to illegal substances, liquor, and overeating, causing high blood pressure. His condition was also critical in 2007 when some media outlets in Argentina announced that he had died, but he became the country’s selector only a year later. When he won the Mundial placement with Argentina, he insulted journalists, which is why he was also suspended.

He didn’t calm down after that either. A few years ago, he sued his daughters because he believed they had stolen over three million euros, and he was especially striking at last year’s World Cup in Russia. After Argentina’s victory over Nigeria (2-0) and reaching the eighth-finals, he pointed his middle finger in the stands and then collapsed. 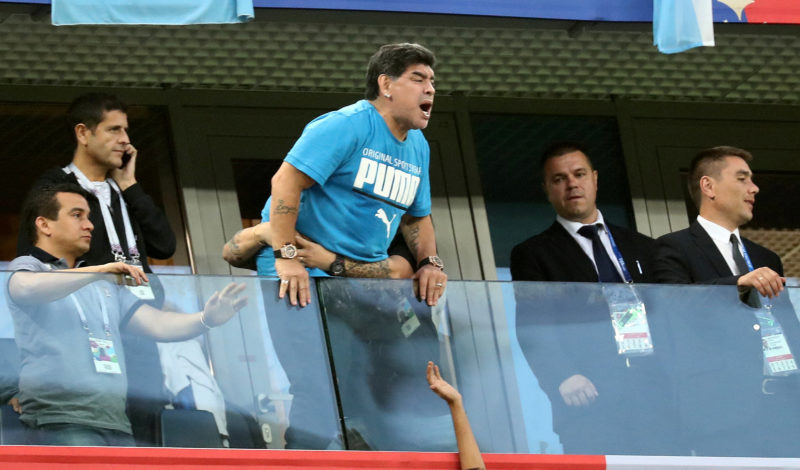 The media speculated that he had started with illegal substances again and that he was drunk, but he justified that he was sick because his neck hurt. Still, that justification was not enough, as FIFA removed him from the list of ambassadors, explaining that he “does not represent the organization in the right way.” Although he said that he is “clean”, the media claimed that this was not true.

After that, the legendary footballer became the coach of Mexican sophomore Dorados. After one championship defeat, he wanted to beat the judges. Before that, he had an episode in Belarussian Dinamo, where he was also in the spotlight, but not because of the game’s results. While drunk, Maradona was taking his clothes off on the roof of a car, from where he roared and insulted passers-by on the street. Last year, there were often video clips in which he could not even put together a simple sentence. 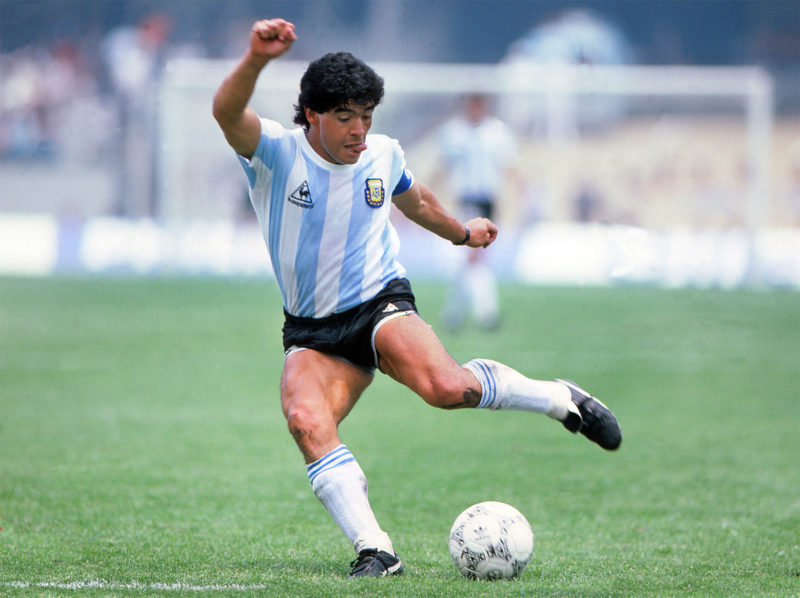 Besides all the scandals, Maradona is remembered for his contribution to football. He led his country Argentina to the 1986 World Cup and became one of the best players in the world. He retired from the national team in 1994 after 17 years and 34 goals in 91 games.

Related: Kick, but Not Too Hard! On This Island Football Players Have to Be Very Careful