5 Advantages of Cell Phone Monitoring Apps for Parents in 2022

Many would say that parental mobile phone monitoring is the core of preventing children from getting into high-risk situations. We’re aware that using the cell phones and similar gadgets regularly keeps being the source of all the dangers that lurk around our kids.

Either way, we can’t resist their kind voice and puppy eyes, begging us to let them have one, as all their peers have them. Are we helping them with that? Or do we help the dangers to reach them more easily? Still, it’s impossible to completely isolate them. Once you realize that you refuse to give them what most of their fellows have, you’ll get into big trouble. Children will shut themselves in, you won’t know where they are or what they’re doing, and they’ll find a way to get what they want, without you knowing it. 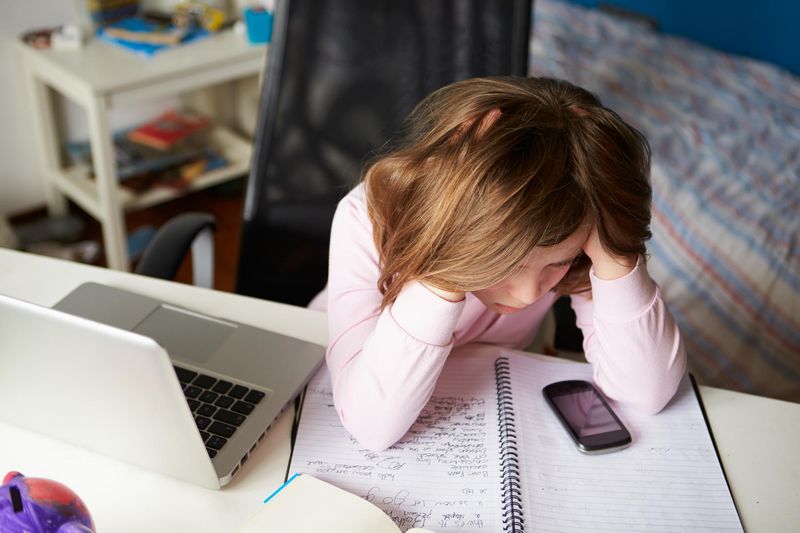 The only thing that parents achieve by prohibitions is mistrust, which you mustn’t allow in case you still always want to know where your little ones are.

As a solution to these problems that appear sooner or later in families, a simple thing is imposed. Experts agree that it would be best to buy them a mobile device, which doesn’t have to be the latest generation but it can contain a limited number of functions. However, if it’s a modern telephone of the last generation, there comes another solution – a bunch of monitoring applications awaiting you to try them.

Their benefits are numerous, so here we present only a tiny bit of the huge pros list that’ll explain to you the significance of being aware of every step of your kid when using the Internet and other content. 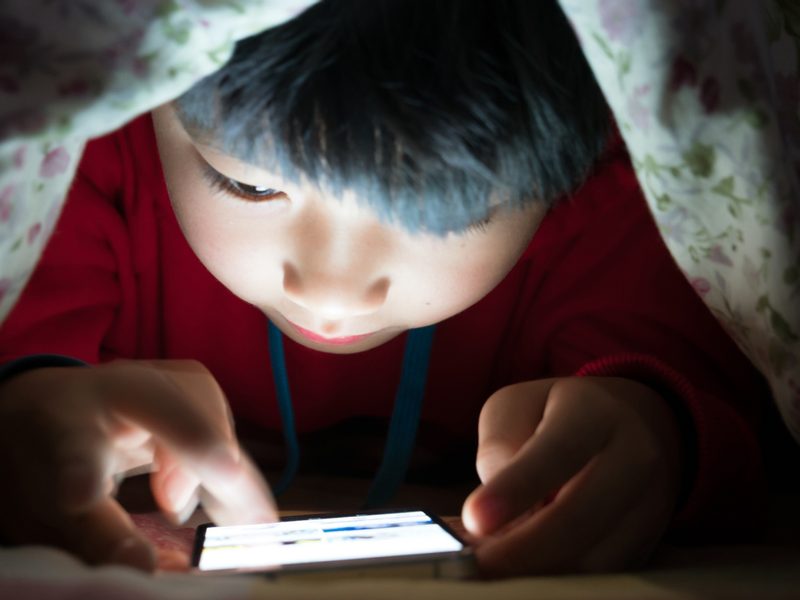 Content we tend to find on the Internet can be very educational, informative and, among everything, useful for both us and our kiddos. However, the whole bunch of websites with potentially harmful or explicit content makes the youngest become an easy target for cybercrime.

Whether they deliberately refer to a harmful website on the recommendation of their peers or accidentally click on a pop-up window in the corner, what they see there can change their behavior. Such web pages are full of pornography, drugs, alcohol, violence, gambling and, basically, everything that we’re trying to protect them from.

Before you allow them to use mobile phones, make sure you install one of the tracking apps so you know at all times which sites your children are visiting. Apps allow you to restrict their visit to some pages and access their Internet history.

2. It helps you get to know where your child is 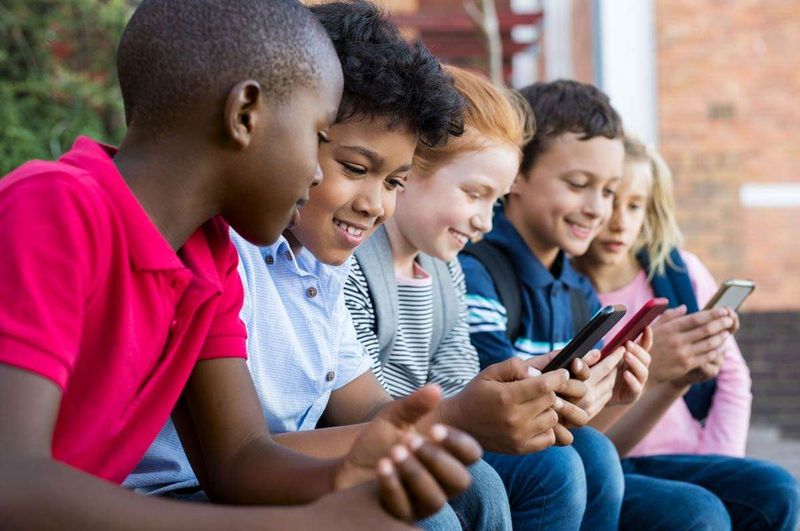 First, you need to stop feeling like you’re stalking them. Let’s simply call it ‘parental care’, especially when they’re teenagers (read it: surprise boxes full of hormones). It’s a time when breaking the rules is a reflection of courage and something infinitely fun for them. Teenagers play in forbidden places, not caring about the previous warnings or punishments that might await them if you find out about it. After all, you used to be at such an age too – you know what we’re talking about.

Numerous tracking pieces of software include a map that draws the child’s route. That way you’ll have a location at all times and know where they’re going. Sometimes it happens that they get lost and can’t find their way home. Instead of wasting time while they explain in detail how they got there and which store or boutique is nearby, you can pick them up right away. If you find yourself in a situation where they don’t answer your call and suspect a potential danger, you’ll know exactly where to find them.

3. It enables you to find a lost device easily Situations like this usually leave you hopeless. In that carefree period of life, when they think only about fun, it happens that they become forgetful. One day they simply appear at home without the cell phone in their pocket, although they had it when they were leaving the house. Nervousness and crying  begin and you just think about how much money you spent on it and how it’s gone now.

To reduce your stress in such cases, you can opt for another useful feature of a spy application. And while they’re wondering and thinking hard about the places where they could have dropped the mobile phone, you’ll know where to start the search.

Of course, they aren’t always to blame, and forgetting isn’t the only problem. Thieves are everywhere and their perfect scenario follows a little unprotected creature with no parents around. Once you determine which place of theft is with the help of the application, at least you’ll be able to warn others which places they should stay away from.

4. It’s easier to know who they’re hanging out with

Knowing your child’s circle of friends is always a good and necessary thing. That way, you’re always going to know who your kid is spending time with, which is rather advisable having in mind that friends can have a great influence on their mental development. As much as they’re guided by the norms you taught them, the influence of others, especially their peers, is inevitable.

By following the calls, messages, and chats, it’ll become clear with whom your kid is communicating, and if it’s only a school friend that talks about homework and basketball plays, it’s not so terrible. The real problem arises when you become aware of a suspicious, unknown person or hear the voice of an adult stranger who might be a potential pedophile or kidnapper. Spy Phone features even include a ‘panic button’ for urgent cases, but this is applicable only when your youngest are aware of the existence of this app on their gadgets.

5. It helps you prevent online threats 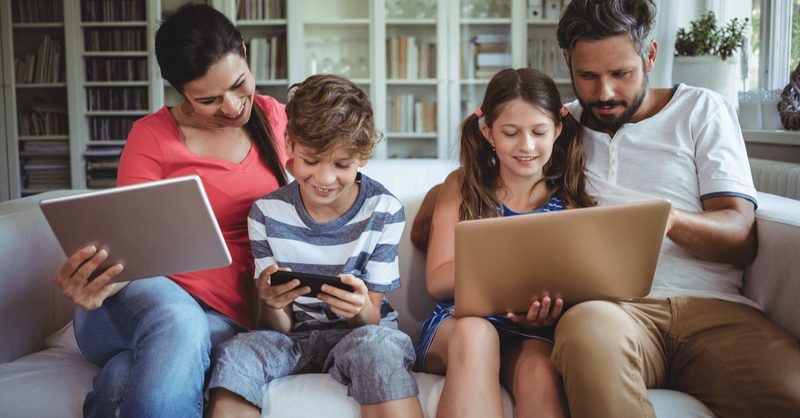 In addition to being an integral part of our lives, social networks are increasingly becoming the main occupation of our children. And while part of the blame is attributed to parents, part of the reason for this problem lies in this growing prevalence among the younger generations.

Facebook is a big source of pedophilia and a potentially huge threat to kid safety, and not to even mention pornographic sites that are available to young people in just a few clicks. Parents must always keep that in mind and constantly talk to the youngest about it and introduce them to the dark side that exists. Additionally, it’s advisable to talk to them about the term of bullying and explain what that means. Monitoring apps help you find out if they actually use social networks as well as with whom they keep in touch through those channels and how bad it is for them

We hope that we’ve given you an idea of how to actively participate in your child’s life. Protection from abuse, violence, and bad influences is the most noteworthy point, especially while the child is still developing, and being a good parent means keeping them away from all these contemporary ‘monsters’.

Here’s How to Keep Your Children Active and Productive During...