For generations of adventure-seekers, Southeast Asia– generally thought of as the corridor of countries that stretches From Myanmar to the archipelagos north of Australia– has acted as a platonic destination due to its amazing blend of the religious and Eastern cultures, ecological diversity, and wonderful food.

Thailand was perhaps the first country in the region to gain international acclaim, especially for solo adventurers. Soon after, others became popular. Now, thanks to renewed efforts to join their neighbors as an attractive place to visit, Cambodia has surged in popularity for travelers who are exploring on their own.

According to cambodiaonlinevisa.com, Cambodia has seen an increase of at least 10% in tourism each year over the past few years. Whether these curious explorers arrive at Cambodia Airport, which is the largest airport in Cambodia, or cross the land border from Laos, Vietnam, or Thailand, it’s clear they are seeking out the “Land of Peace and Prosperity.”

Cambodia: Is it Safe for Solo Travelers? 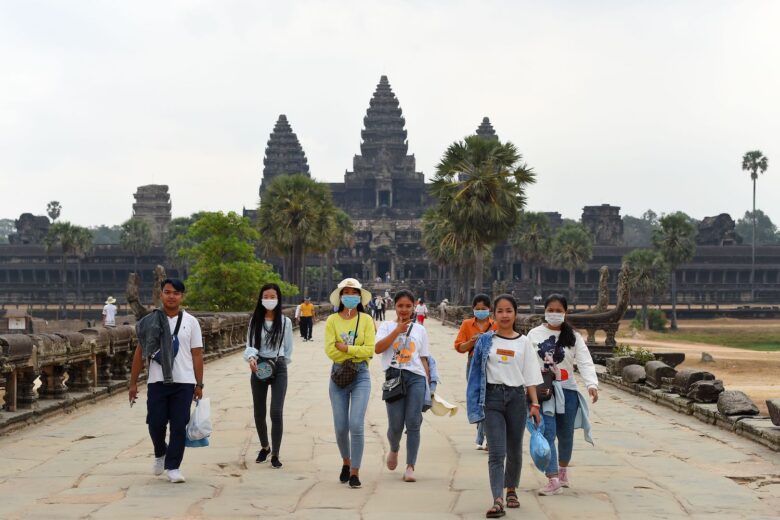 Traveling in an unfamiliar place always presents opportunities for people to find themselves in compromising, and potentially dangerous, positions. In general, one of the things to know about Cambodia is that it is thought to be a safe country, one that solo travelers should have no reservations about visiting.

With that said, exercising common sense and being aware of the types of crime or dangers that are endemic to Cambodia will give any visitor who is exploring the country on their own the best chance to avoid any unfortunate mishaps.

Types of crime to look out for in the cities

While Phnom Penh may not be as famous as some of the capital cities of Cambodia’s neighbors like Bangkok or Hanoi, Phnom Penh has plenty to offer people traveling solo in its own right. From museums, bars, clubs, restaurants, and cultural centers, there are enough attractions in Phnom Penh to entertain interested visitors for days on end.

With any city of its size, Phnom Penh has over 1.5 million residents, the city has its fair share of crime. Keeping that in mind, solo travelers should especially be on the lookout for petty crime as things like pickpockets, bag thieves, and motorcycle “snatch and grab” thieves tend to operate in areas where they know unsuspecting and often careless tourists are known to congregate.

For anyone who finds themselves alone in Phnom Penh, especially at night, it is advisable to take a licensed taxi cab to move around as opposed to walking in unfamiliar areas or taking one of the tuk-tuks or motorcycle taxis that operate with less accountability.

In Cambodian society as a whole, it is frowned upon culturally to flash wealth or opulence of any kind. That is all the more true when traveling alone.

Any tourist, especially from a Western country, who shows that they have an expensive item on their person such as a nice wristwatch, wallet, camera, or the latest satelite phone could immediately identify themselves as a target for thievery while they are in public. 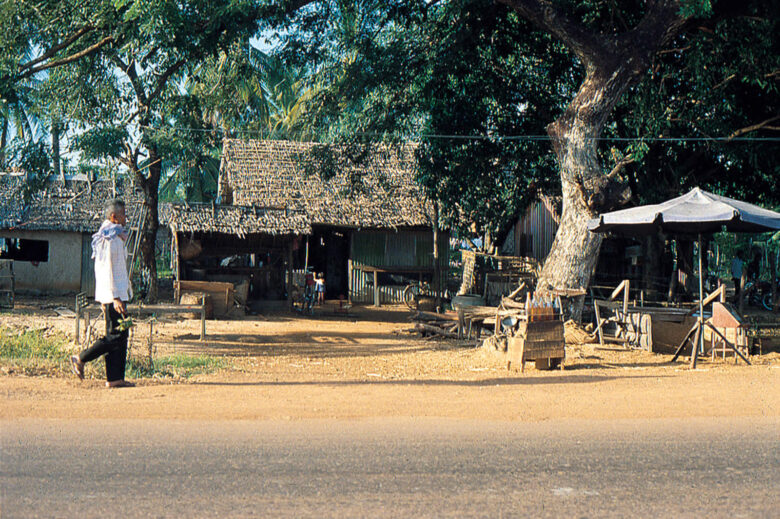 Thanks to its extraordinary network of temples and religious sites, Cambodia often sees its travelers eschewing the bigger cities for more isolated regions. While many of these areas are experienced at welcoming, and caring for, tourists, it is best to pay attention to where the locals operate and how they conduct themselves.

Not too long ago, Cambodia experienced a brutal war, one which saw landmines and other explosive devices placed all across the country. Though there are widespread efforts to find and deactivate these mines, it is best not to trounce across remote stretches of land.

Where Should Solo Travelers Visit in Cambodia? 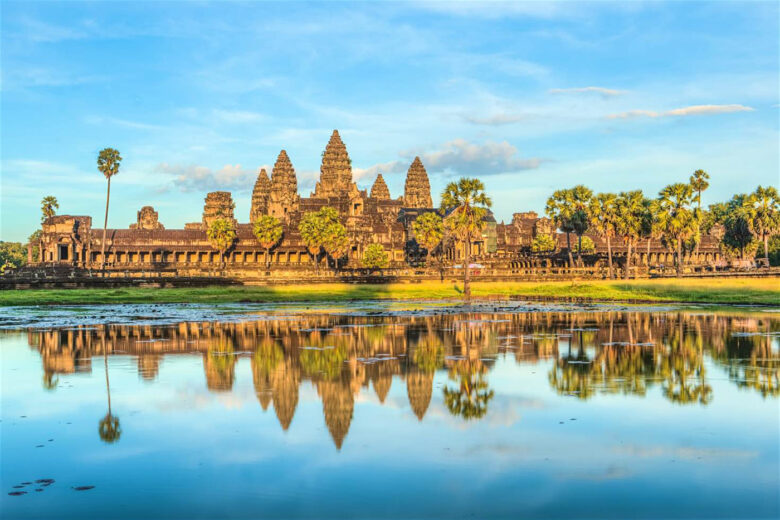 Once the risks of solo travel to Cambodia have been understood and weighed, there are numerous reasons to take an extended stay in this beautiful country.

The world-famous Angkor Wat temple sits on the Cambodian flag for a reason. The expansive temple structure attracts both religious pilgrims and interested tourists throughout the year. Situated within the Angkor archaeological park in the province of Siem Reap, the network of temples and religious structures is more than just Angkor Wat.

In fact, the Bayon, Preah Kanh, and Ta Prohm are all considered to be some of the finest architectural wonders of all of Southeast Asia, they simply lack the international exposure that the principal temple receives.

Tonlé Sap lake is a freshwater lake that is connected to the famous Mekong River. In fact, at its fullest during the rainy season, it expands to become the largest freshwater lake in all of Southeast Asia.

Not just a place to sit in nature, the communities around the lake that live off of it are all lashed together to create a sort of floating villages that are wonderful to spend the day exploring.

For beach lovers, Thailand and Vietnam are not the only places to visit pristine waters and relax in the sand. In fact, Cambodia boasts far less crowded islands but it will not stay that way for long if word continues to get out about places like Koh Rong Samloem.