Beyoncé’s Reaction to Prince Harry Begging for a Job for Meghan Markle Is Priceless!

Beyoncé’s reaction to the conversation between Prince Harry and Disney boss Jon Favreau, during which he asks him to hire Meghan Markle, is the main topic on social media.

This conversation caught by cameras at “The Lion King” premiere, leaked after Harry and Meghan announced that they were stepping back from their duties in the royal family and continuing to lead independent lives, with their own businesses and income. 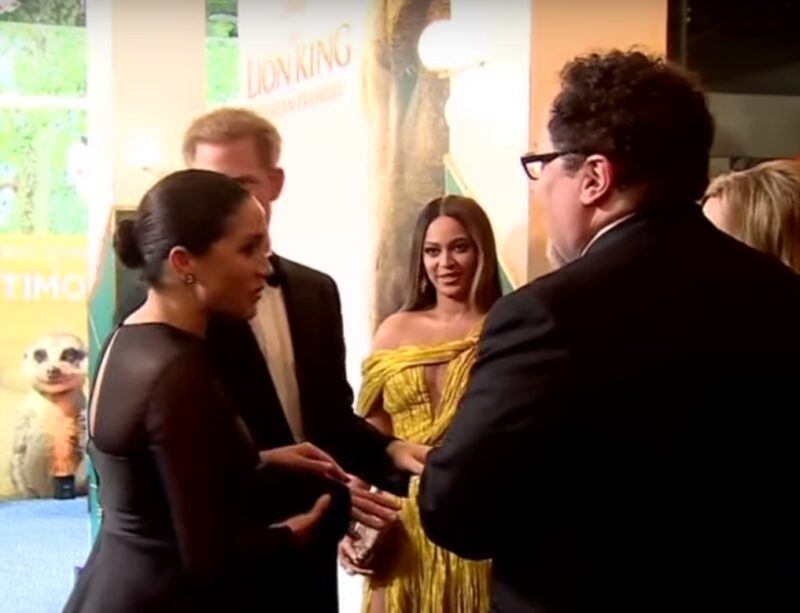 The footage clearly shows Prince Harry praising his wife’s voiceover skills in front of one of Hollywood’s most influential people, Favreau, while standing next to Beyoncé and her husband, Jay-Z. 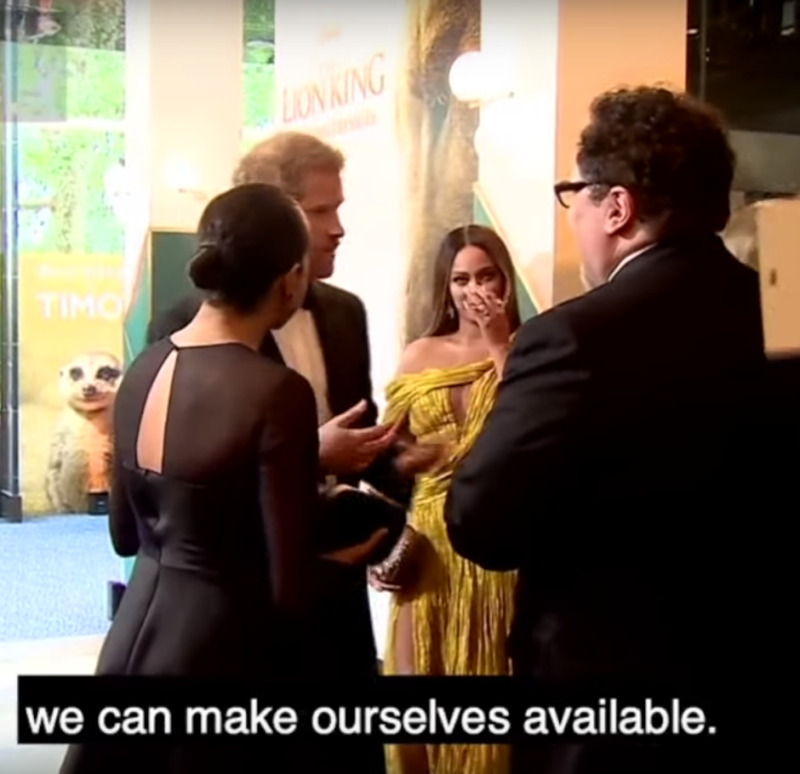 Attention is especially drawn to Beyoncé’s facial expression. The music star at one point covers her face with hand because of the inconvenience she experienced before turning her gaze nervously.

“Look at Beyoncé! She KNOWS what’s happening, and she and Mr. Carter have to pretend to be nice until the Harkles get through the line. But basically, Harry is asking Bob for a job for Meghan. Meghan’s pretending it’s not happening. Despite having planned that”, one tweet read.

Read Also: How Will Prince Harry and Meghan Markle Make £34 Million a Year?

One social media user wrote: “This it’s painful to watch. Everyone seems so uncomfortable, especially while Meghan is speaking with Beyoncé”. 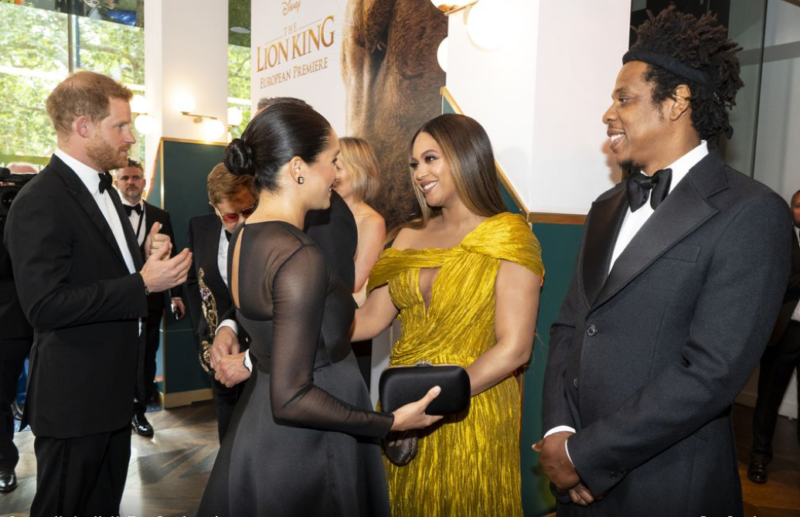 “This is so funny, Beyoncé & Jay-Z not into Meghan. Not having it! Disney Exec not having it! Poor royals Meghan & Harry!” read one of the comments that spread on social media.

The footage was released months before the company working on Disney’s project hired Meghan, and she will donate all her earnings to the “Elephants Without Borders” organization.

“If anyone needs any extra voiceover work…” Harry began the conversation with Favreau, and Meghan interrupts and jokes that this was actually the reason for their arrival: “That’s really why we’re here – it’s the pitch.” Prince then said: “Just not Scar'”.

I'm not sure that I find this objectionable. It's a private conversation – he's promoting his wife – why not? – the American way is to put it out there, and he's fitting in!

“You do know she does voiceovers?” the prince asked him. Bob told him he had no idea, and Harry pointed out that Meghan was very interested in the business. Iger eventually told him to email him, and Meghan readily signed off on her first solo project after giving up all royal duties.

Samantha Jones Fell for This Hottie: Famous Smith Jerrod Is 48 and Looks Fantastic!