POLITICO – 04/03/2020: President Donald Trump had it going rather well before the coronavirus crisis. In mid-March, he had voters on his side, and people generally approved his response to the coronavirus outbreak. Today, that’s not the case.

The last two weeks showed the other side of Trump’s face, and the general public is less satisfied than before. The latest survey shows that Americans now disapprove of the manner in which POTUS handled the ongoing crisis. 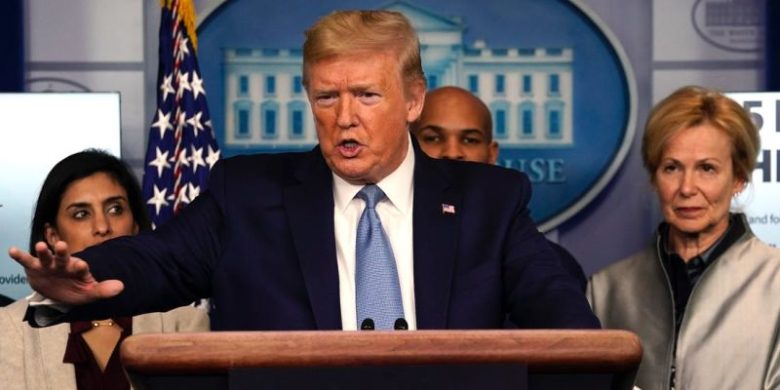 In a collab poll from ABC News/Ipsos, which was released today, 52% of Americans declared as unsatisfied with President Trump during this health crisis. 47% approved Trump and everything he’s doing in these times of hardship.

If you have followed previous polls, then you know that President was doing better only two weeks ago. In mid-March, he had the approval of 55% of Americans, so you can see how much he slid down. Furthermore, only 43% of US citizens disapproved of his actions.

POTUS is facing a lot of critics these days for his lack of involvement with coronavirus threat when it first appeared. Now, some people suggest that he was also slow to react when the danger was already on US soil. They believe that he was a bit late in invoking Defense Production Act. Trump was also advised to postpone his plan of opening the States before Easter, which he eventually did.

Now, his administration is the herald of bad news. After downplaying the coronavirus for weeks back in February, the White House officials now claim that more than a quarter of a million Americans could die even if the entire country follows the federal government’s guidance.

At the moment, there are more than 240,000 people infected only in the US. As the number of those affected grows, the support for Donald Trump diminishes. This trend could endanger his chances of being reelected comes November, and we’re sure Trump has the election on his mind.

11 Trump’s Craziest Lines From His Letter To Chuck Schumer!

Trump Launches Attack on Face Mask Producer – ‘They Have a Big Price to Pay!’