All of the US Presidents Who Died While In Office

Ever since the United States of America became united under the command of their first president George Washington, it stayed strong and still for more than 223 years and 46 presidents.

The US presidents are elected in November and their inauguration usually occurs in January. Many presidents stay in office for one term which lasts for 4 years. Some stayed for three and the 32nd president, Franklin Roosevelt, even stayed for four mandates. 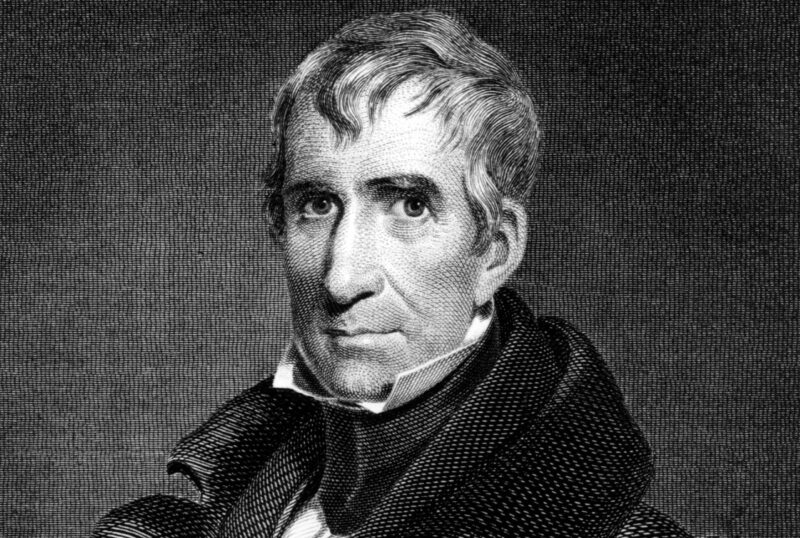 William Henry Harrison was the ninth president of the United States, and the first one to die at the office. He previously served as the first governor of Indiana Territory. His presidency is known as the shortest one in history as he died after only 36 days after his inauguration, on April 4, 1841, at age 68. The cause of his death was pneumonia, which he caught on his inauguration day, giving the longest speech in history. 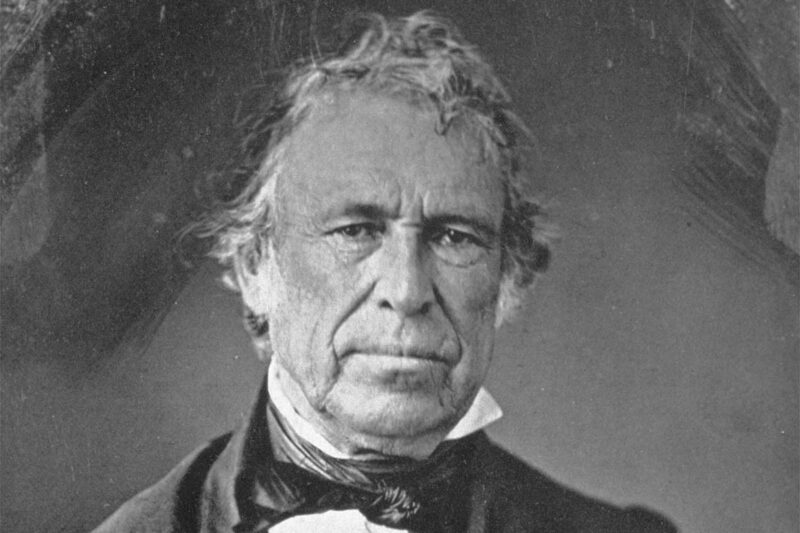 Zachary Taylor was the second to die while in office, but his presidency lasted a little bit longer. He became the 12th US president in 1849, after proving himself in Mexican – American War. After becoming the president, despite being a slaveholder, he didn’t agree on the expansion of slavery, which brought many problems upon him, with the southern leaders threatening with succession. Participating in some ceremony, after eating raw fruit and iced milk, he fell ill and died within 5 days. 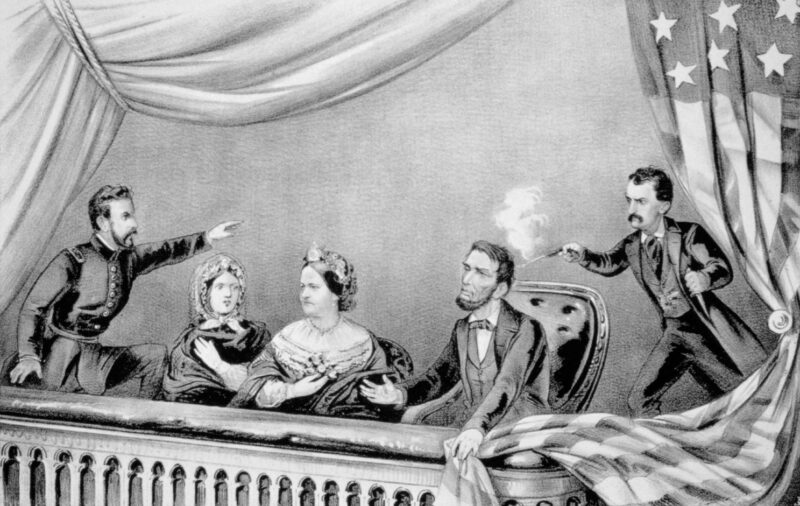 The 16th president of the US Abraham Lincoln was a Republican who fought against Confederation for freeing slavery. He issued the Emancipation Proclamation that declared forever free slaves. After his re-election, the war ended. His beliefs and fights brought anger upon him, and he was assassinated on Good Friday, 1865 at Ford’s Theatre in Washington. He was killed by John Wilkes Booth, a strong opponent of the abolition of slavery. 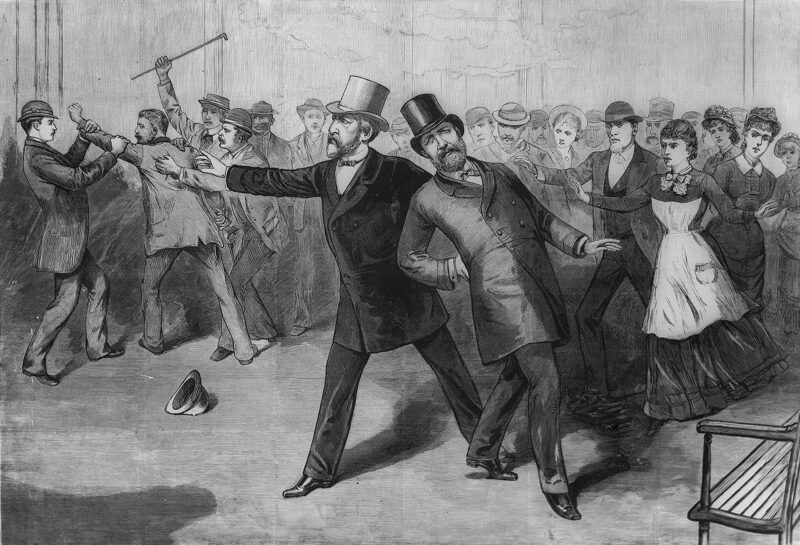 James Garfield was the 20th president of the United States and the only sitting member of the House of Representatives to be elected president. His presidency was quite impact. He strengthened the Federal authority over New York. Garfield was shot at the Washington railroad station on July 2, 1881, but didn’t die instantly. He was mortally wounded and spent four weeks in the White House before they moved them to New Jersey. After a few days, he died from an infection. 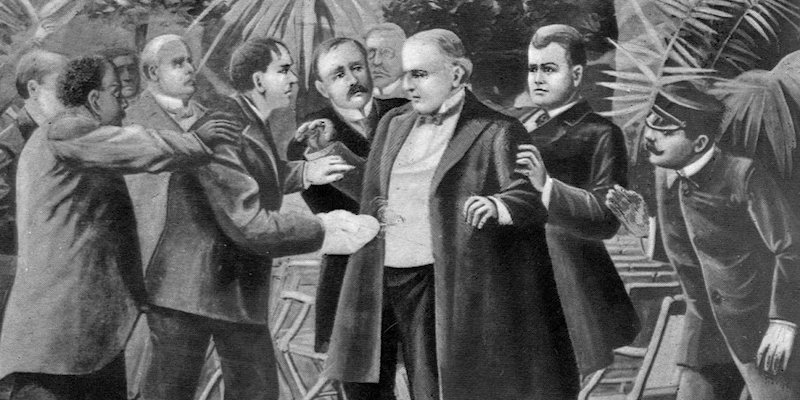 The 25th president of the United States, William McKinley, was in office during Spanish-American War and the industrial depression. He was one of those presidents who enjoyed meeting the public without security which had shown fatal later. He was assassinated by Leon Czolgosz, who lost his job during the economic pandemic 1893 and became anarchistic. He killed President McKinley at the fair in Buffalo, New York in September 1901, while they were shaking hands, shooting him in the abdomen. 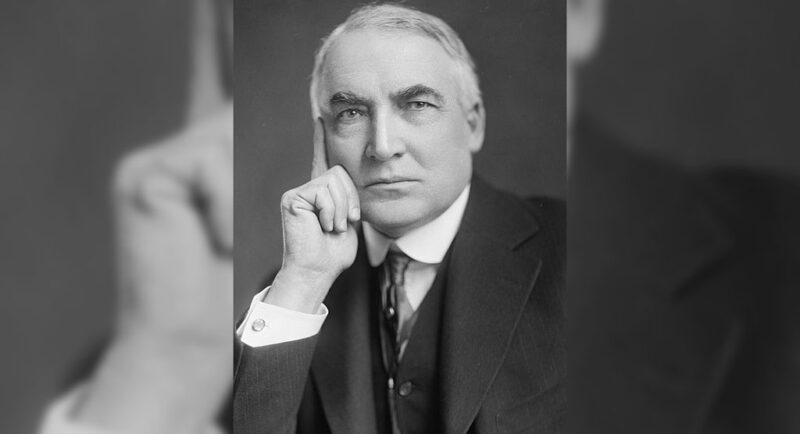 Warren Harding, the 29th president, was the most famous one to that day. His love affairs and scandals, including Teapot Dome, were the dark mark in his presidency, yet nothing was confirmed as his wife burned all the papers associated with him to preserve his legacy. Harding died on August 2, 1923, from a heart attack in his hotel while visiting San Francisco. There were rumors that he was poisoned by his wife because he was there with his mistress. Mrs. Harding didn’t allow the autopsy of her husband’s body which only added more speculations. However, the official statement was that he died of natural death, at age of 57. 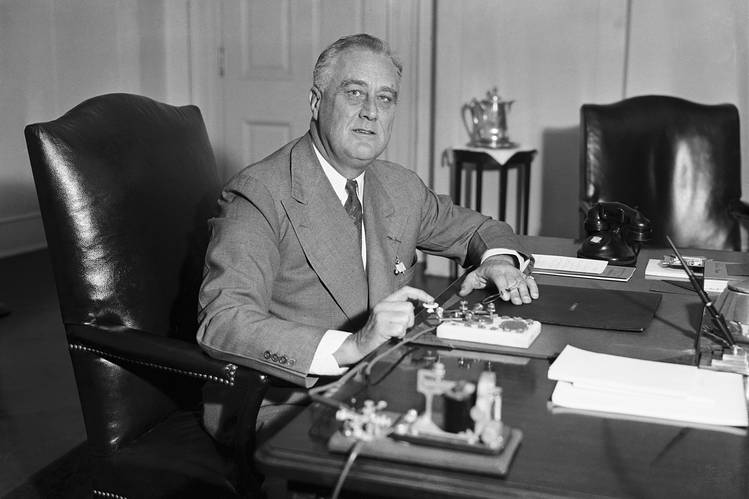 The 32nd president, Franklin Roosevelt, was the first and the only one who served for 4 terms. He was first elected president in 1932, at the period of the Great Depression, where many people were unemployed and banks were closed. He managed to help people to regain faith and brought hope with his recovery program. He helped poorer people with a reform of Social Security and heavier taxes to the wealthiest. In his last term, WWII was occurring in Europe. He was helping the UK by sending ships of food and arms, but without military involvement. In 1941, the Japanese attacked Pearl Harbour which made the USA involved in the war. Roosevelt died from a stroke on April 12, 1945, at age 63. His death was a shock for the general public, even though he had many health issues.

John F. Kennedy, or usually referred to as JFK, was the youngest president of the USA and also the youngest president to die while in office. He was only 42, he was elected as 35th president of the United States. He served mostly during Cold War between the United States and the Soviet Union and his work was also based on the relationship between the US and Cuba. He was killed by former US marine Martine Lee Oswald, on November 22, 1963, at age of 46, while visiting Texas. He was shot three times from the sixth-floor window while his car was passing by. His wife Jackie and Texas Governor with his wife were also in the car with the president but they all survived. The president was dead before the car reached the hospital.

Trump Claims he Could Beat Lincoln and Washington in an...

9 Most Common Problems for .Net Developers