Adrienne Bailon Houghton wore a flamingo costume on ‘The Masked Singer’ until the very end of the season. She has not revealed how performing in this crazy and elaborate costume had actually helped her lose 25 pounds, how she had to lie to her co-hosts, and much more. Read on to find out more!

The Truth has come out 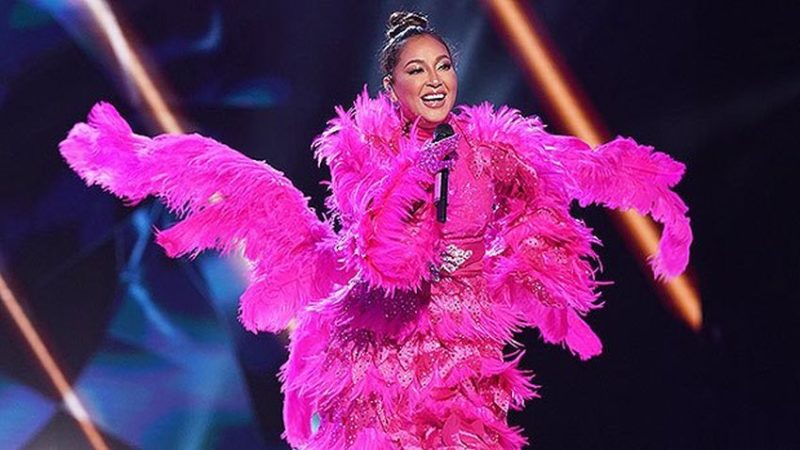 Adrienne Bailon Houghton, 36, managed to win the third place on the second season of “The Masked Singer”. She came in every week, again and again, and wowed the masses with her incredible performances as the famous Flamingo. This extravagant and unusual costume featured a very long beak, as well as tons of different feathers. Adrienne said she had to train like an athlete so that she could perform at the highest of levels, while still wearing the costume with absolute ease. Here is what she said:

#FlamingoMask is a singer born for the stage — but who could they be? #TheMaskedSinger

“I was super focused on being in the best condition to do this. I felt like I had to train like an athlete to have the stamina and have a lack of oxygen inside of a mask. I pretty much felt like I was in a boot camp of some sort. I would wake up in the morning and do 45 minutes of cardio.

Even when I came back to The Real and I had lost 25 pounds, people were like, ‘How did you lose the weight?’ I’m like, ‘Yes, I do follow a vegan diet. I do exercise.’ But I have to be honest, a big part of it was definitely shooting the show. I lost maybe the initial 15 to 20 [pounds] during the show. The way you sweat inside of that costume, I was losing like a pound after every performance.” 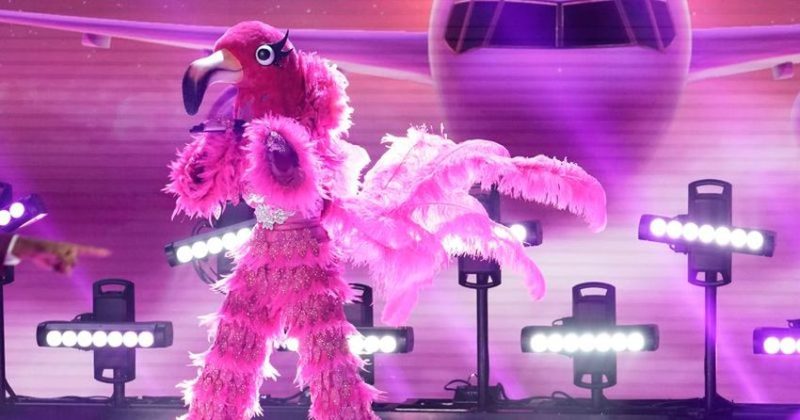 In her every performance as the Flamingo, Adrienne managed to move around the stage and show off her dancing skills and her best moves:

“I knew when I picked my costume I wanted it to be something fun. I was very specific about the fact that I definitely wanted to be a character that danced and I wanted to be challenged with choreography. It was important to me that I had a costume that I could move in.”

Throughout the whole of second season, she succeeded in keeping everything about the Flamingo top secret. It was her priority to do so, and only closest family and team knew, including her mother, her husband, her management team, and her assistant. Not even the co-hosts new:

“For everyone else, it was like a major lie and I feel like I was honestly very antisocial during the filming time. I didn’t go out to dinners and I missed a bunch of things because I just felt like I couldn’t go out and lose my voice or be talking too much.

They had no idea until the ‘Lady Marmalade’ promo went out and it was on Instagram and people were sending it to them. Then they definitely cornered me on the show and were like, ‘Don’t lie, are you the Flamingo?’ I was like, ‘Absolutely not. I would never lie to you. I keep it real.’ And then two months later, ‘Hi guys, just kidding, I’m the Flamingo.’” 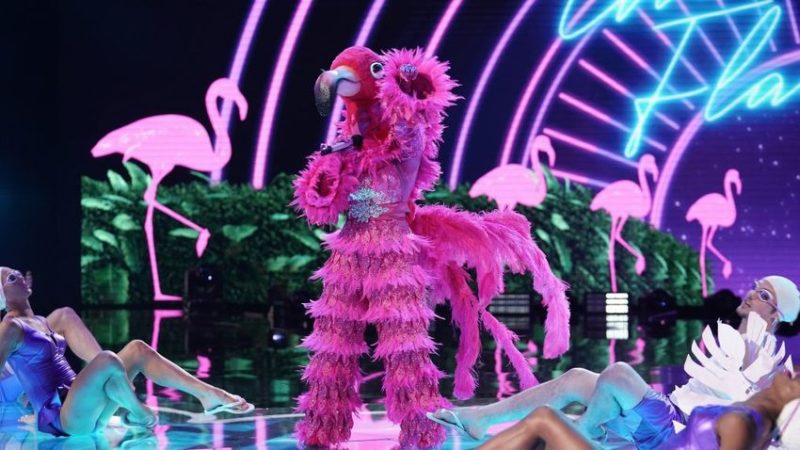 In the same interview, Adrienne gave us an inside look into the clues for each celebrity contestant, and how they are chosen:

“We actually sit down with producers and we tell them our lives. We tell them about things that our fans might know and things that they might not know or things that only die-hard fans know. Like the fact that Ricky Martin handpicked me out of my church choir to do a performance with him at Madison Square Garden. It’s little things like that. If you’re a true, true fan, you would notice. And then, obviously, the cheetah clues.”

Last but not least, she revealed that the show and the whole experience was, “hands down, honestly, the most fun I’ve ever had in my entire career. It was challenging. It was fun. It was emotional. I was facing my fear. There’s a freedom that comes from putting on that mask and trying to do things that you never would.”

Coming downstairs after waking up at noon like– #TheMaskedSinger pic.twitter.com/bukOIhqgcx

“The Masked Singer” returns for its third season right after Super Bowl LIV on February 2, 2020. Stay tuned, and do not miss it!

HAPPILY EVER 💍 @XIXI I absolutely love it when you guys comment on our @xixi IG page! We read every comment & NOW… Our Happily Ever Ring Set is available for preorder in sizes 4-10! ✨ Tap to shop NOW! #HappilyEverHoughton #XIXI #ShopXIXI