Products from China often have a bad reputation. In some cases, it is well deserved, in others the critique is unfair. The issue when it comes to the auto industry is the fact that Chinese authorities allow their manufacturers to d a bit of copy/paste. So, you’ll find vehicles in China that resemble their European, Japanese, or American counterparts. The one thing they lack is in most cases the quality. Another issue is that in China it is a norm to make cheaper products with lower quality on purpose due to their popularization and export to third world countries.

While this is the case in many situations, it is not always like that. When they want it, Chinese manufacturers can launch quality and appealing products. We are prepared to stand behind this statement and in this article, we are going to introduce you to a few vehicles that could easily tear it up in the United States. Please, continue reading and see what they are. We guarantee you, you will not be disappointed with our list.

This is one for the ages. It is built in the manner of 60s automobiles trying to mimic Chevrolet Corvette to a certain degree. You’ll immediately notice its chrome elements, followed by double headlights, and that tidbit roundness at the back. While GM is an adversary to this vehicle, they should try a different approach. Instead of being competitors that could strike a deal and allow this vehicle on the US market. Of course, it would require a few changes, starting from the name, and its badge, but in essence, it would remain the same car. We believe that the sale would skyrocket especially considering that the Dolphin is an electric vehicle. This is a massive plus when you take into account the US regulations on emissions. 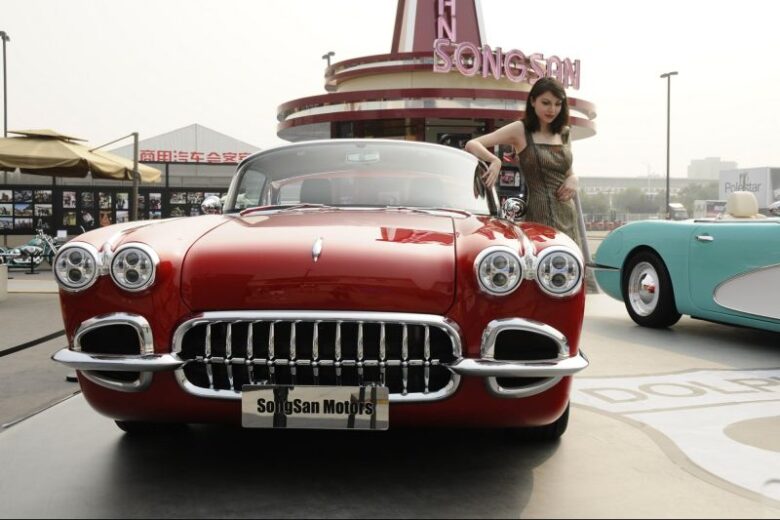 As an example of how things should be done, we have the cooperation between Jiangling and the Blue Oval. The product of their work together is the Ford Equator. It is a massive SUV. This vehicle comes with seven seats and it rides on a 2.0-liter four-cylinder power plant. It is ideal for families that want a big ride, but aren’t into spending too much nor entering the luxury segment. In China, the main competitors to Equator Commander and Highlander from Jeep and Toyota respectively. It stands on equal foot with both of these vehicles and it moves smoothly on the back of its five-speed transmission which comes in both manual and automatic shape. It is left up to you to choose from rear or all-wheel-drive. If you pay attention you’ll notice that its front end sets it apart from the Ford models already on the market. 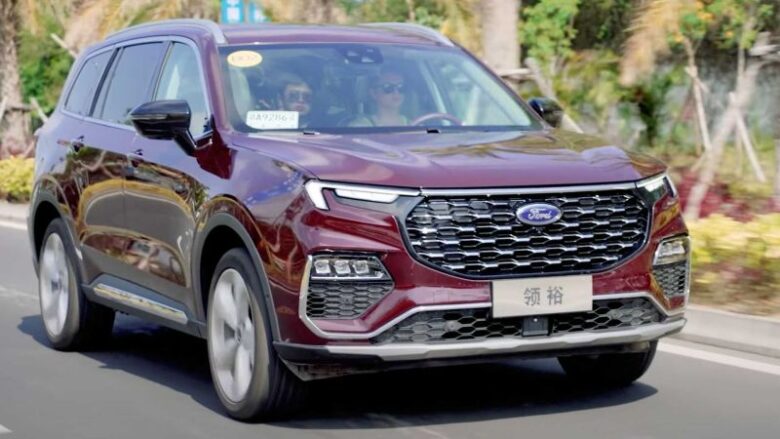 We are moving straight back to the mid-sedan market and we have a player for you. It can easily go shoulder to shoulder to Hyundai Sonata, only at a premium discount price. For a car of its quality, the starting price of $16,000 is a bargain. Think about it; Sonata starts at $23,700. You can buy a lot of other stuff for the price difference. Eado is powered by a 1.6-liter petrol mill capable of 125 hp. You can choose between automatic four-speed and manual five-speed transmission. Yes, we know, this isn’t too much in the engine bay department, but its fine design (Italian at that) makes up for downsides. Furthermore, if you really can’t live with an engine this weak, Changan Eado offers a solution. It comes in the form of a 1.5-liter turbo mill, packed with a 7-speed dual-clutch transmission. This one is sold as a sport version. Not a bad choice if you ask us. 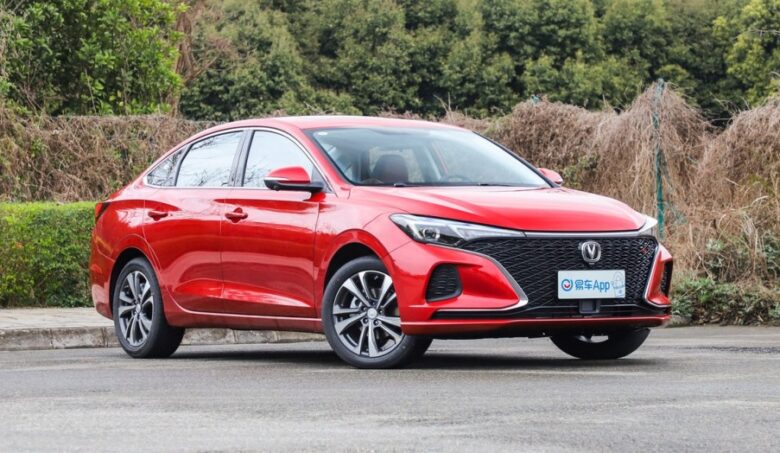 Great Wall Motors is a big name in the Chinese auto market, and their premium brand Wey is no joke. They’re a brand on the rise and are trying to make a mark on the already saturated Chinese market with quality products that both look and act good, and in essence, are good cars. For a truly affordable price, you receive a quality and almost luxury product. We won’t go as far as to call it a luxury item but with this five-seat crossover, you’re in for a good ride. After all, it is powered by a 2.0-liter powerplant, able to produce 227 horsepower. For some time now, rumors are circling that Wey VV7 is on its way to European and American markets. If this happens it won’t be a walk in the park for this Chinese company. The primary reason would be the Korean and Japanese companies who are already present on the market and are doing an excellent job. Despite being a Chinese product this crossover wouldn’t come at a bargain price as it starts at $24,388 in China. While competing with Japanese and Korean companies is not the way to go, they could rattle the basket if they introduce a GT version of Wey VV7 which is in the works after German tuning company Brabus started working with Great Wall Motors. 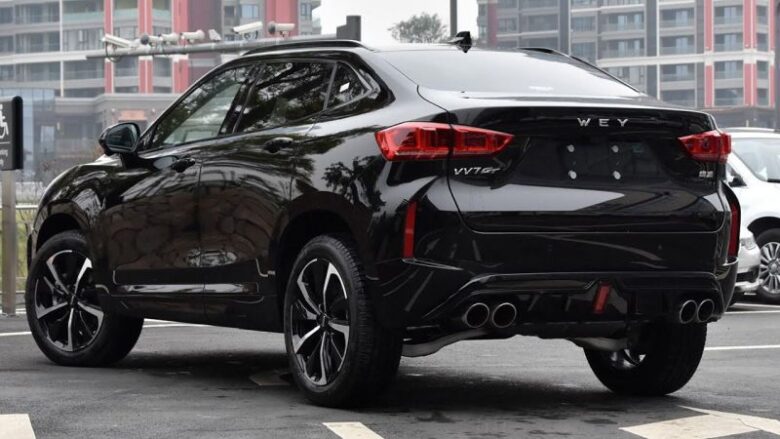 Of course, these cars shouldn’t be judge by their names. Once they’re in the US the nomenclature would be changed. But, this one, despite the no-catchy name, is quite something. If you didn’t know the Hongqi L5 is the state car of the People’s Republic of China. This is official data, which tells you how important it is in this country. All state officials ride in one of these. In fact, they’re the only ones who have it at their disposal. To impress the ruling elite of PNR China this model packs a 6.0-liter V12 prompting 402hp and 405 lb-ft of torque. This retro car is better known as Red Flag which is its name when translated from Chinese. This manufacturer is an expert in luxury cars and limousines, so you won’t fall on your back when you see all the wood and leather packed inside. Of course, it also comes with all the latest tech and infotainment systems. If this one ever comes in the US, it would be priced around $750,000. Obviously, it’s not for everyone, but it would have its customers for sure. 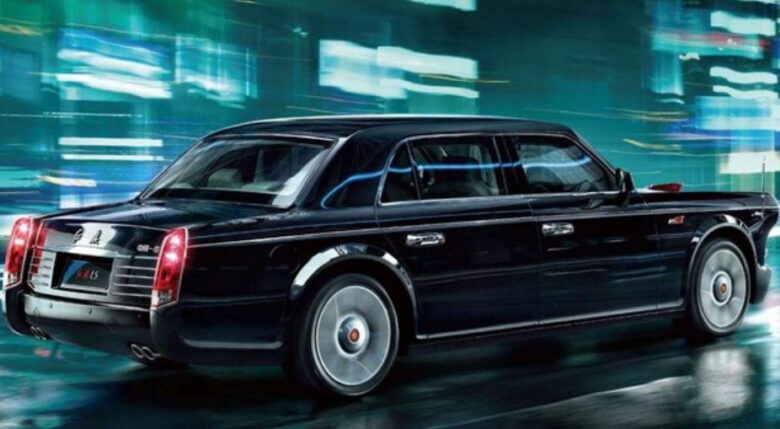 8 Tips On How a College Student Can Stay Healthy