The upcoming 2022 Volkswagen ID.3 is set to be an all-electric compact hatchback car. The famous German automaker debuted their latest product during the 2019 Frankfurt Motor Show, and it will be the first Volkswagen based on the MEB platform, a completely new design that is going to be featured on a wide range of new electric vehicles in the near future.

It is clear that the vehicle is based on the ID Neo concept, and since it is very similar in size to the legendary Golf, it will also serve as the replacement for the e-Golf. This car is a direct competitor of other electric hatchbacks, including the Nissan Leaf, Chevrolet Bolt, and Tesla Model 3. It will have three different drivetrains, each with its unique output and mileage. Read on to learn more about this exciting new car. 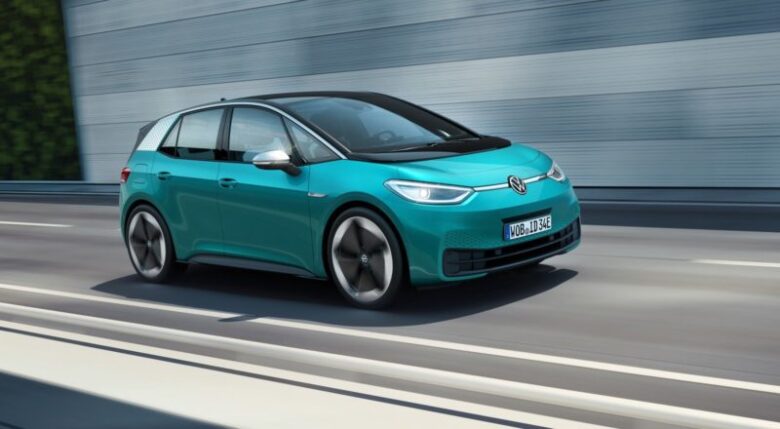 It should be said immediately that the car does not look like a Volkswagen, and if it were not for the badge, we would not be able to tell what it is. It looks like a true EV and has a futuristic streamlined design. There is no grille in the front, a common trait for electric cars because they do not need such amounts of cooling.

Volkswagen is known for their grille-less cars, as they have made many before, mostly because of the rear engine cars like the Beetle and the Microbus. The brand said their ID.3 is as innovative as the Beetle and Golf were, when it comes to the combination of technology and design. They even expect it to be one of their most sold cars.

As we mentioned, it is clearly inspired by the ID Neo concept. In the front, there are similar headlamps surround with LEDs, while the VW emblem is placed in the same position. However, the ID.3 also has many new design traits. The concept utilized a complex LED pattern with the lights, but the ID.3 has traditional light bulbs. The VW badge is connected to the headlamps with a chrome strip, which was done to mimic the upper section Volkswagen grilles. Headlamps have interactive Matrix LED lights and automatic main beams, which turn on automatically when you go over 60 km/h or 37 mph. They remain on without disturbing the oncoming traffic. 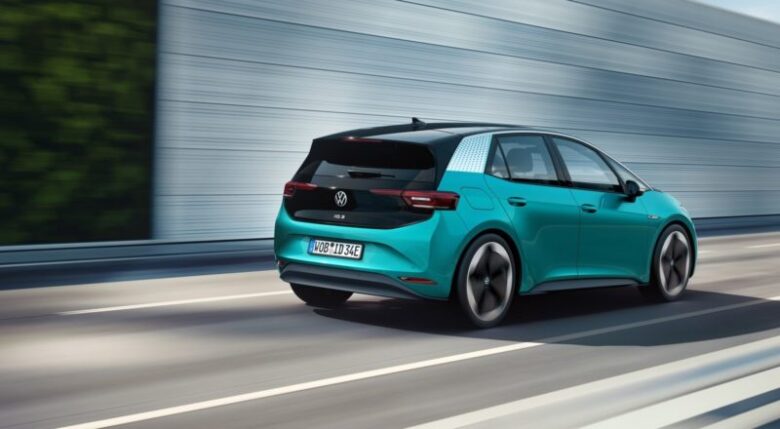 The bumper also has some similarities with the Neo concept, and not just with the shape. The honeycomb design in the corners is nearly identical, and the big difference is the grille located below. It is larger than on the concept, and it will increase airflow to the brakes.

The similarities continue with the profile, but the windows and side skirts received changes. The rear section looks somewhat like the Volkswagen Golf, while the glasshouse is reminiscent of the Citroen C4 Cactus, and the older C4 Picasso. The transparent A-pillar is cool, and it extends into the front hood, while the thick C-pillar with the beltline ascends towards the rear end. The side skirts are sculpted, and the wheels offer a futuristic and aerodynamic design. Rim choices are 18, 19, and 20. 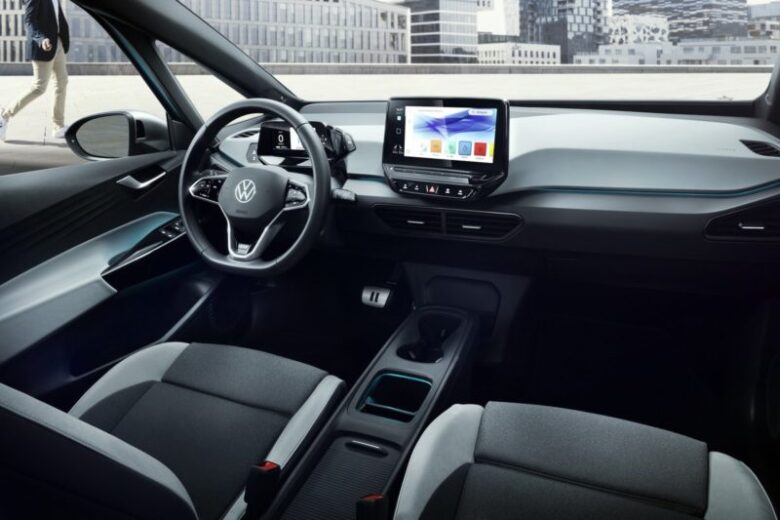 On one hand, we have a very similar exterior to the ID Neo concept, while on the other, the interior is brand new. This is more than understandable, as the concept had a very futuristic cabin design that would be extremely expensive to make. The ID.3 therefore has quite a bland design, far from anything fancy. Basically, think of a simplified Golf design. This is hardly a bad thing, because there is a large 10-inch screen on the dashboard, which makes everything look clean. No other controls are located in this area, and only several buttons are present on the bottom of the screen. The layout of the display is a bit strange because it is L-shaped. The longer vertical end is the screen, and the shorter horizontal end houses the buttons. 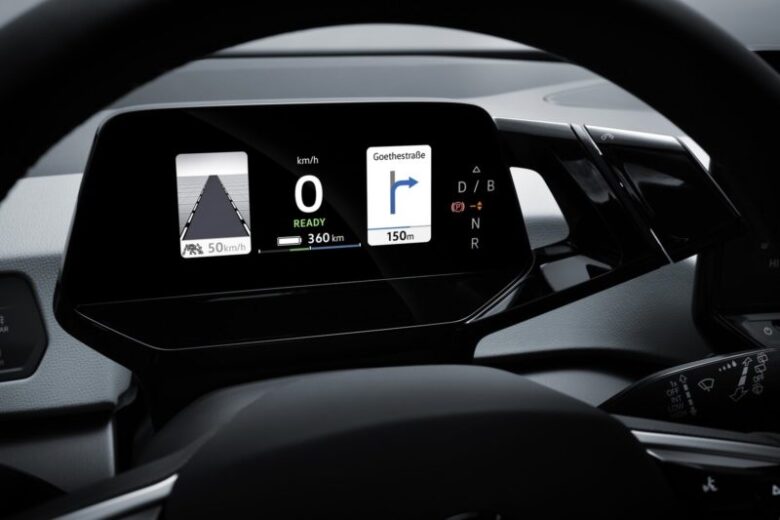 Controls are touch-sensitive buttons, while the ones that operate the windows and the warning lights are old-school tactile switches. Multimedia system and navigation systems can be updated, and there is support for Android and iOS mobile devices. There is also an intelligent voice activated by saying “hello ID”. Of course, you also get an augmented reality head-up display that projects all of the information onto the windscreen. If it is not active, the info is shown on the digital instrument cluster. Thee parameters include speed, gear, range, and the navigation map, while the instrument cluster has an LED stripe that also serves as driver assist.

Materials and color schemes are not yet familiar, but they should be similar with what the Golf models have worked with. This means cloth upholstery and leather, depending on the trim. 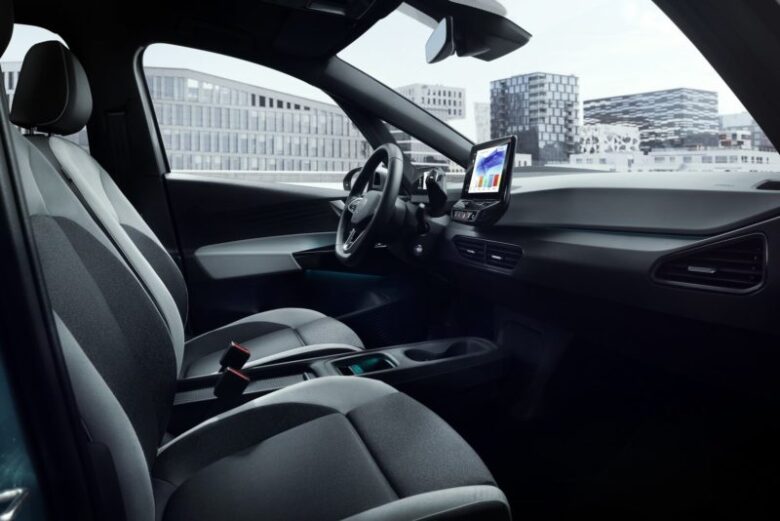 The base model is ID.3 1ST, which includes a navigation system, a DAB+ digital radio, heated seats and steering wheel, and a Mode 2 charging cable. The next is the Plus trim that adds a rear-view camera, a set of fancier seats, two USB-C ports in the back rear seats, and ambient lighting. The best and the most complete trim is the Max, which brings the head-up display, a Beats audio system, wireless smartphone charging, and a level trunk floor.

When it comes to the trunk, there is 385 liters or 13.6 cubic feet of storage space behind second row of seats. This is far from great, but it is actually better than most of the competition. It is no yet familiar how much space you get when you fold the second row of seats.

Under the hood, there are lots of excitements with the ID.3. This is the first Volkswagen model based on the brand new modular electric architecture, the MEB. The platform will be used for all of the future EV models that will carry the “ID” badge. This means that the 2022 ID.3 starts a new era for the famous German automaker. The ID.3 has only one electric motor. It is a rear-wheel car, and as such, sportier than the competition. The brand brags about the ideal weight distribution between the two axles, which additionally increases the sporty dynamics. The motor runs thanks to the high-voltage battery located in the underbody.

There will be three different specifications of this car. The base model has a 45-kWh battery, the mid-range comes with a 58-kWh battery, while the range-topping version features a 77-kWh battery. 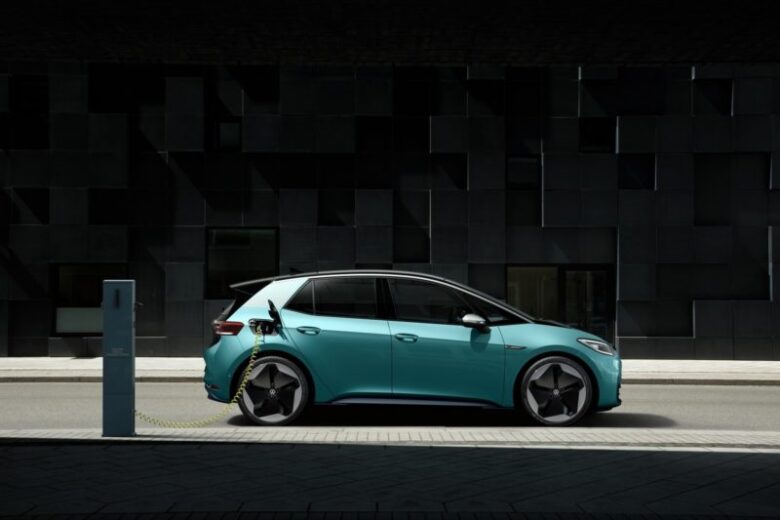 The mid-tier ID.3 has 201 horsepower and 229 pound-feet of torque, and there is no information yet for the base and top models, but expect around 150 and around 250, respectively. The zero to 60 sprint times are not yet available, while the top speed will be 160km/h, or 99 mph. 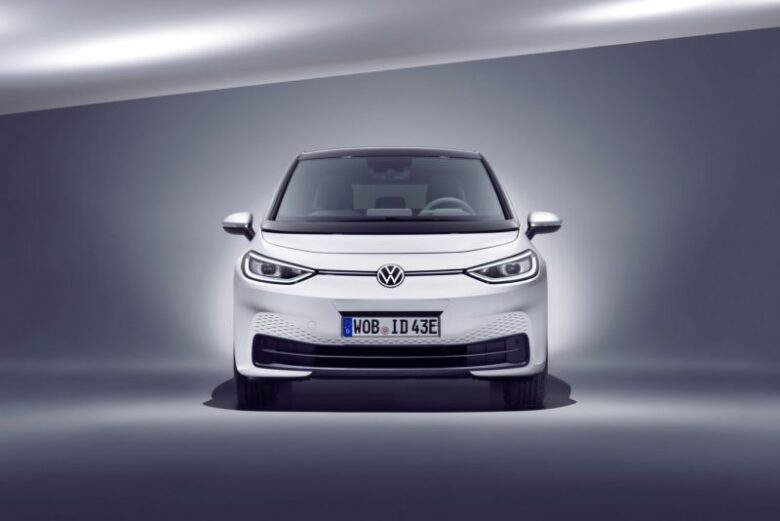 Like all modern vehicles, the new VW has many different driver assistance functions. There is a multifunction camera that can support all systems and identify traffic signs. The camera works closely with other systems like the Front Assist, City Emergency Braking, Pedestrian Monitoring, Multicollision Brake, Lane Assist, and Side Assist. Park Assist system with a rearview camera is an optional choice, as is the Parking Distance Control that prevents collisions while you reverse into parking spots. It will also work when you drive forward at 2.5 to 10 km/h.

Like many other things related to this car, the full pricing information is not available as of yet. However, the brand has revealed that the new 2022 Volkswagen ID.3 is set to start for less than €30,000 in Germany. This does not include the government subsidies for electric cars, meaning the ID.3 can very well retail for around €25,000. Whatever the case may be, it is still more affordable than the Volkswagen e-Golf that started at €31,900. In addition, it is much more affordable than the competition. For example, the base Nissan Leaf is €36,800, the Opel Ampera-e starts from €42,990 in Germany, while the Tesla Model 3 is the most expensive, with a price tag of €43,390 for the base model.

5 Ideas To Increase The Curb Appeal Of Your Landscape

The Impact Of Technology On Brick And Mortar Business