12 Presidential Pets: The Stars Of The White House

Pets are very important in any household. They are faithful friends and most loyal companions. Most of the US presidents had pets while in the office, and they were playing a big role in the White House that they also had a name the First Pet.

James Polk and Donald Trump are the only presidents who didn’t have a pet during their presidency. Most of the animals that were residents of the White House were dogs and cats, but some First pets were a bit different.

Some presidents were gifted with odd pets like alligators, eagles, grizzly bears, hyenas and tiger cubs, which were kept in or around the White House, while some had less rare animals like parrots, cocks, cows, donkeys and sheep.

The Presidential Pet Museum, which was opened in 1999, keeps all the information and important things from all of the presidential pets. There you can see and read all about the animals that were living inside and around the White House.

From George Washington horses and hounds as pets, to Joe and Jill Biden’s rescue dog Major, here are some of the presidential pets that were stars of the House. 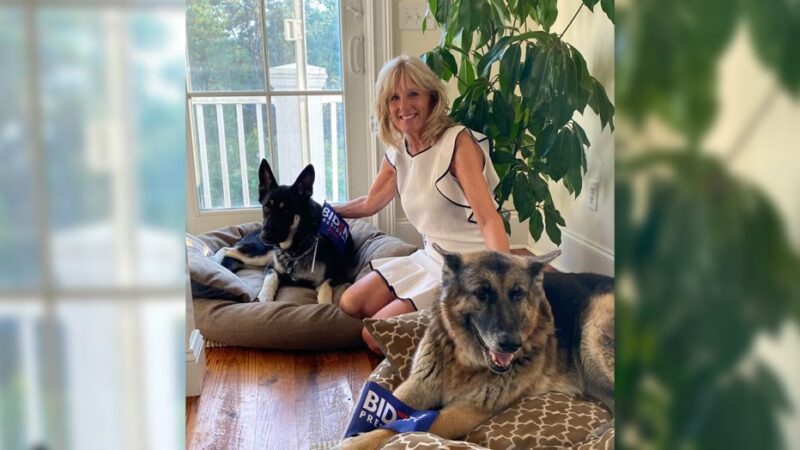 The elected President Joe Biden brought in the White House two German Shepherds, Champ and Major. Champ was a present for the First Lady, Jill Biden, from her husband, as he promised they will get a dog in case Barak Obama wins. After the win, the president kept his promise and in 2008, the Champ came into the family.

Major was adopted in 2018 and during the election, he helped raise money for the Delaware Humane Association. 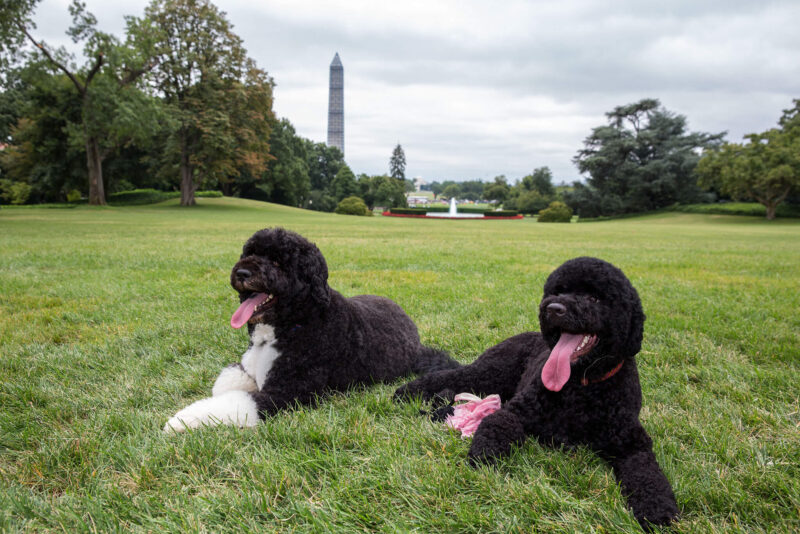 President Barack Obama had two beautiful Portuguese water dogs. In 2008, when he won the election, his daughters Malia and Sasha wanted a dog. He was rejecting the idea until Michell Obama got a gift from Senator Edward Kennedy, a puppy named Bo. President Obama fell in love with his dog, and he decided to adopt another one, Sunny, in 2012.

Dogs, a cat and a cow 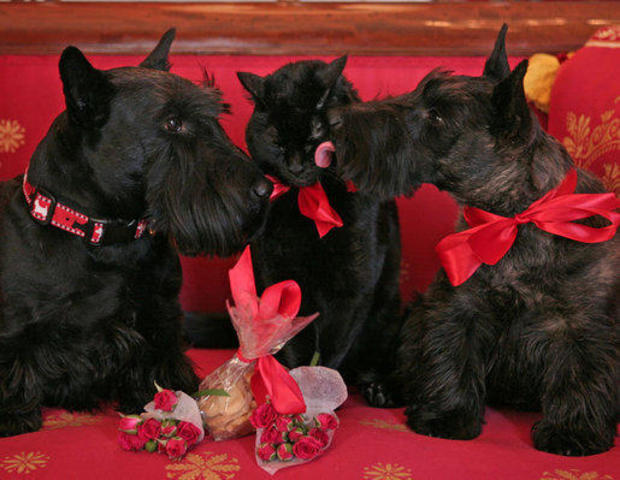 President George W. Bush had three dogs and one cat that were in a White House. His dog Spot Fetcher is a puppy of his parents’ dog Millie, who had been in the family for many years. The other two dogs are Scottish terriers Barney and Miss Beazley who were the gifts to Laura Bush, Barney was from Christine Todd Whitman in 2000, and Miss Beazley was a Christmas gift from her husband. The cat India was in the family since 1991, and their cow Ofelia lives on their ranch in Texas. 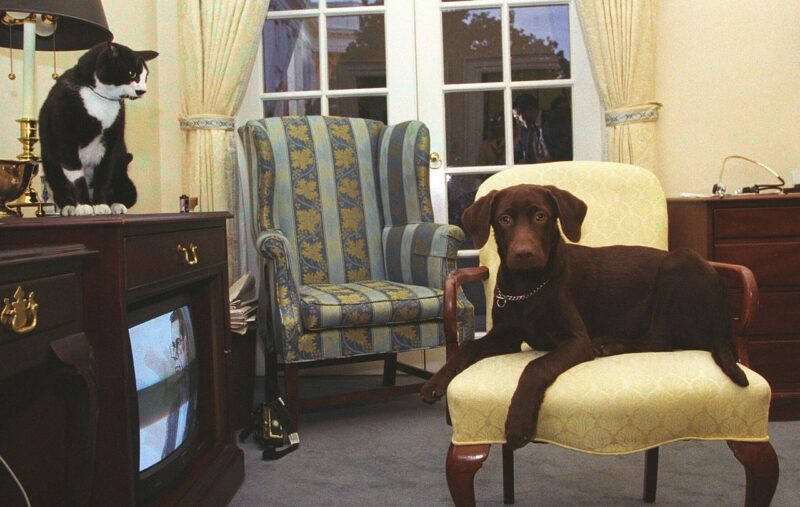 Socks was one of the most popular cats ever to live in the White House. The black and white stray cat became an instant sensation among photographers during Clinton’s presidency, that the President himself asked them to leave her alone. She had a lot of fans, and received a lot of mail because of her cute appearances during the President’s speeches. In 1997, the Clinton family adopted a dog named Buddy, as the President said he needed a true and loyal friend in the White House, but Socks wasn’t very happy with the decision, and the two were constantly fighting. 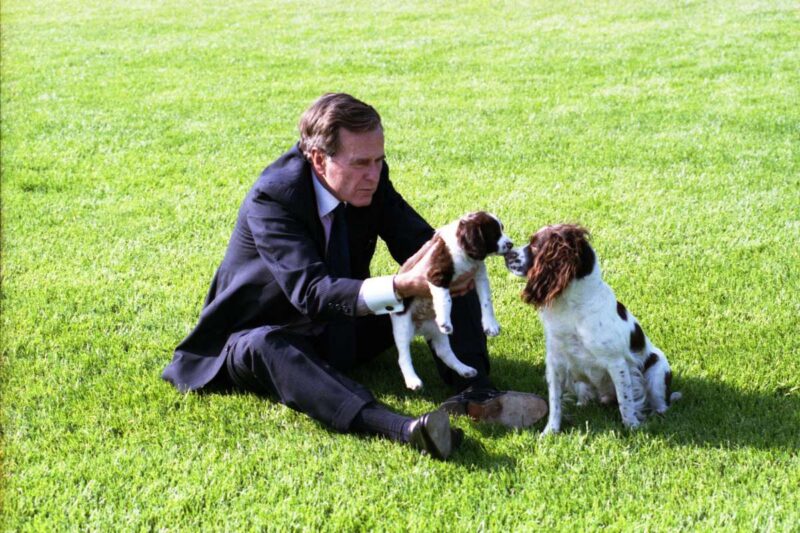 Springer Spaniel Mille was a family of Bush’s pet that was even mentioned in President George H.W. Bush’s speech and it has its own book named Millie’s Book. She gave birth to five puppies inside the White House, two of which, Spot and Ranger, also became the presidential pets. She was euthanized after many strokes she had, but family Bush kept her name in the history as the dog park in Houston Texas, has her name. 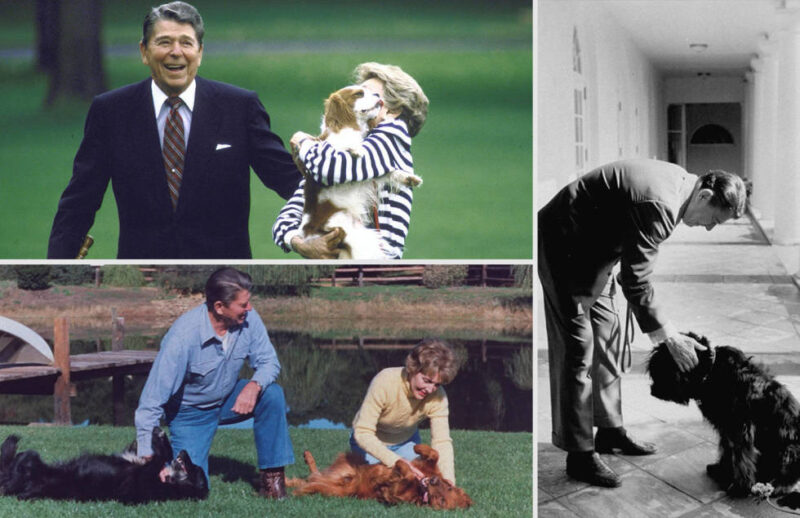 President Ronald Reagan had six dogs, two cats and many horses. His dogs, Lucky, Rex, Victory, Taca and Fuzzy were all different breeds, but they were all very important to the family. The two cats, Cleo and Sara, were tortoiseshell cats, very rare cats, and they spent most of the time on Reagan’s Ranch, as well as all of the horses. It can be said that Rex, the smallest and the most popular, was a favourite in the family, as the First Lady took him everywhere they went. 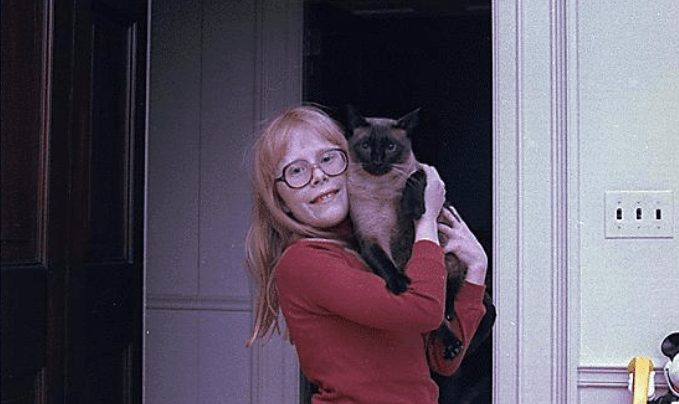 President Jimmy Carter’s cat Misty Malarky Ying Yang, was actually his daughter’s cat. Even though they had two more dogs, the siamese cat was on the official portrait and the cat its own suit, filled with toys and climbing structures. 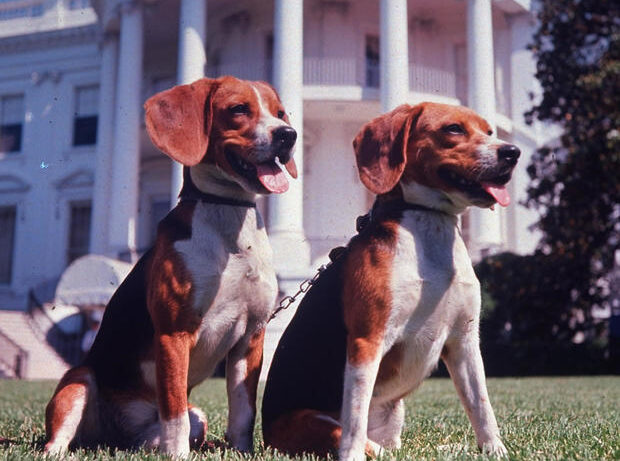 Him and Her are actually the names of Lyndon B. Johnson’s beagles. Even though the President and his wife had 6 more dogs, Him and  Her became famous for their names and also a mini-scandal. President LBJ was photographed lifting Him up by his ears, which made many animal lovers angry, making the president issue a statement apologizing for the incident. Both dogs died in the White House. 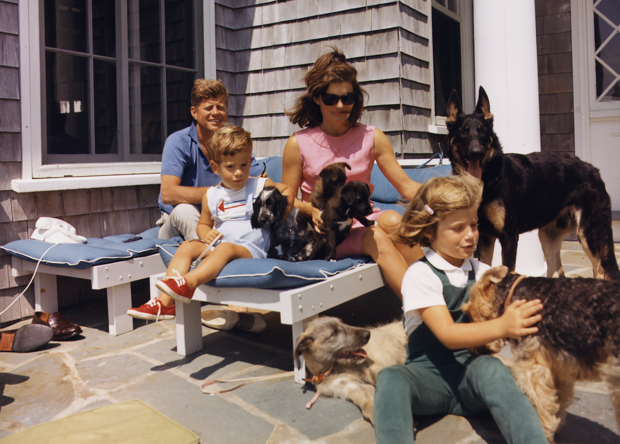 The Kennedy family was the real animals’ lover. They had so many different animals, from dogs,cats, ponies, birds, hamsters, ducks, parrots and a rabbit. One of their dogs, Pushinka, was a gift from Soviet Union Premier Nikita Khrushchev, and it was a puppy of Strelka,  a dog who had traveled into space.

An Opossum and Dogs 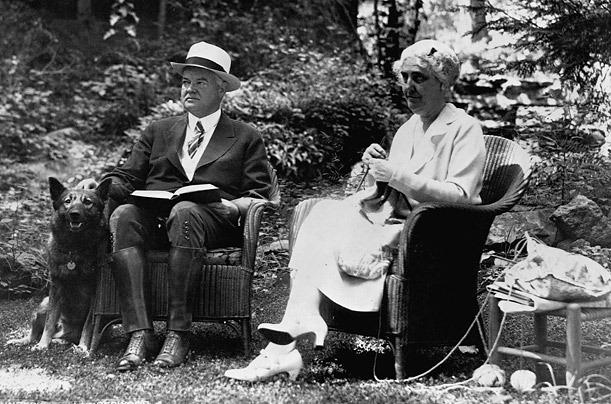 How does it look like having a possum as a pet, knows the US President Herbert Hoover. He had nine dogs and one wild possum that came to the White House from the woods and got adopted by the Hoover family. However the most famous pet was a dog King Tut. He was on the portrait for the presidential campaign, and after president Hoover won the election, King Tut became a police force as a patrol dog. 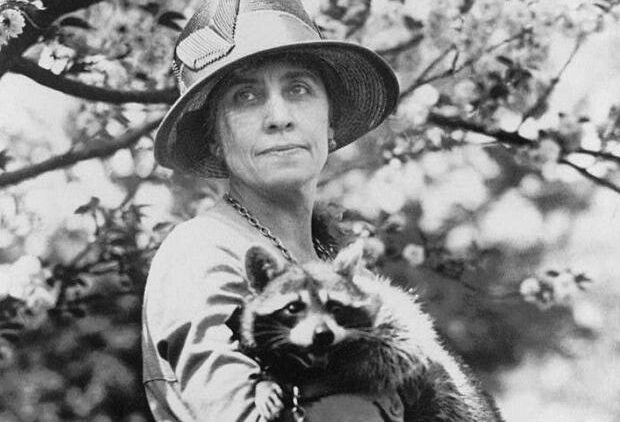 The most diverse animal residents of the white house were in the period of Calvin Coolidge’s presidency. He had so many different animals that it was considered to be a mini zoo. Among many breeds of dogs and cats and ponies and horses, there were also a black bear, a duiker, a wallaby and a pygmy hippopotamus, who were sent to the actual Zoo, together with lion cubs, a bobcat and a raccoon. The raccoon was the most interesting one. Rebecca, as it was named, had her partner Reuben. It was intended to be Thanksgiving dinner, but Coolidge’s wife fell in love with Rebeca so she decided to adopt it. It could be usually seen in pictures with the First Lady. 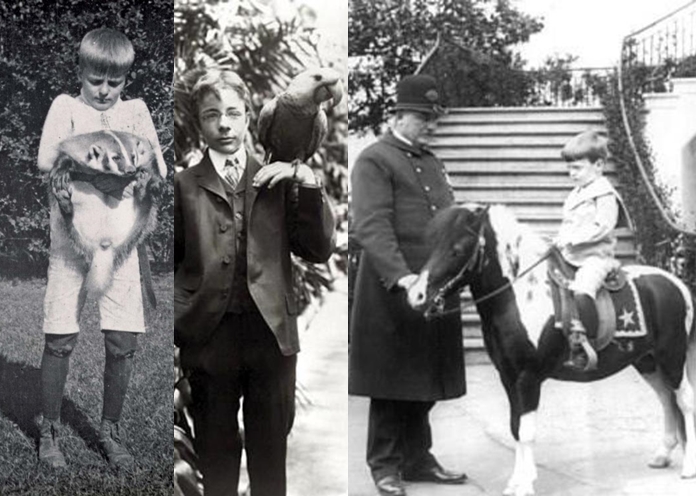 President Theodore Roosevelt’s family had many interesting pets among which were snakes, lizards, an owl, a badger, birds, guinea pigs, hyena, a small bear and more. His children adored animals, and it was never boring. The president once gifted a pet badger to his son Archie. Joshua was ‘a good-natured’ badger according to Archie, but eventually, it started biting and it was too much to handle so it was donated to the Bronx Zoo.