Home Travel What To See In Cappadocia, Turkey
Travel

What To See In Cappadocia, Turkey

Cappadocia is an otherworldly region of swirling volcanic-rock landscape that looks like they are created by some mythical creature. During the Bronze Age, humans settled here are left their own mark on this weird, but the amazing area, by burrowing into the soft volcanic rock to live. 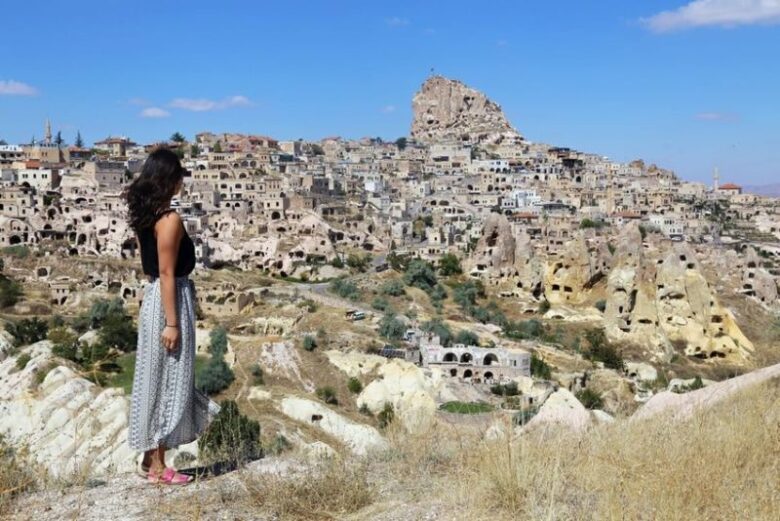 One of the most popular attractions are villages that are carved out on the hillsides, the Byzantine era rock churches with breathtaking frescoes, and the labyrinthine underground cities where Christians used for hiding from invaders. For ideas on the places you should visit, check out the list below: 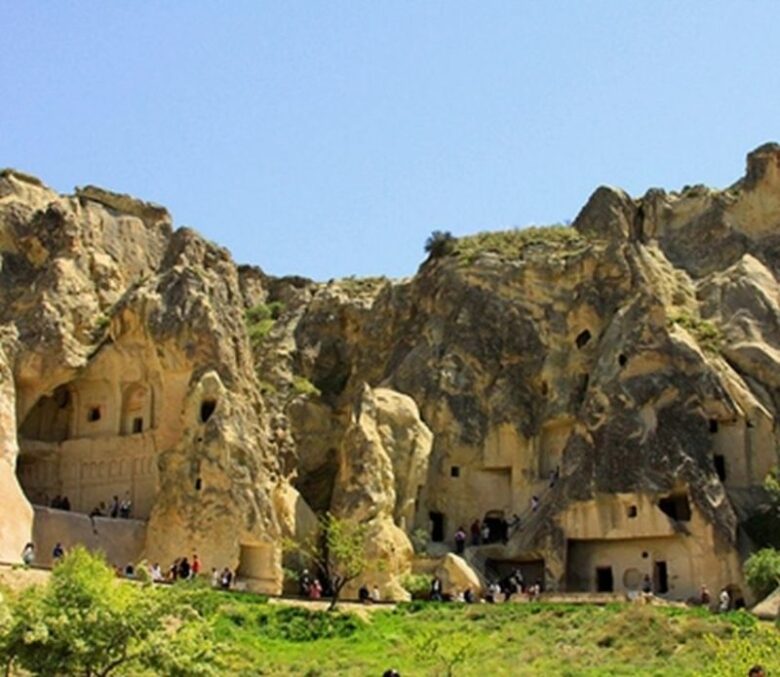 Located outside the Goreme village, you will be able to see the UNESCO-protected place of Goreme Open-Air Museum, a cluster of churches cut from rocks and monk cells that display mesmerizing frescoes. This complex dates back from the 10th to 12th centuries when this location was an important Byzantine religious center. There are several chapels and churches in the complex, but the most important ones are the Elmali Kilise (the Apple Church), the Azize Barbara Sapeli (the Chapel of Saint Barbara), and the Yilanli Kilise (the Snake Church). This museum under the sky is one of the highlights of Turkey and it is Cappadocia’s most famous attraction. 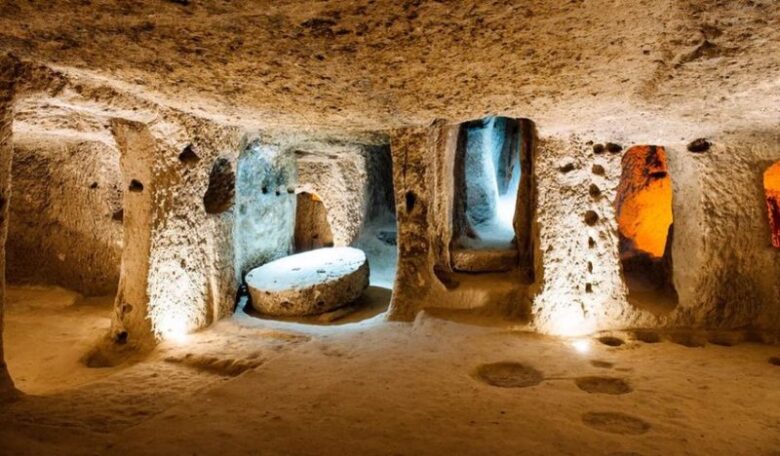 The underground cities started popping up during the Bronze Age, but they are most famous for their early Byzantine history that dates back to the 6th and 7th century when Christians in the area started living underground for extended periods of time to escape from the Persian and Arab invaders. This underground city is one of the largest and best examples, with a labyrinth of rooms each connected by tunnels that extend to eight levels. Four of the levels can be visited by tourists. 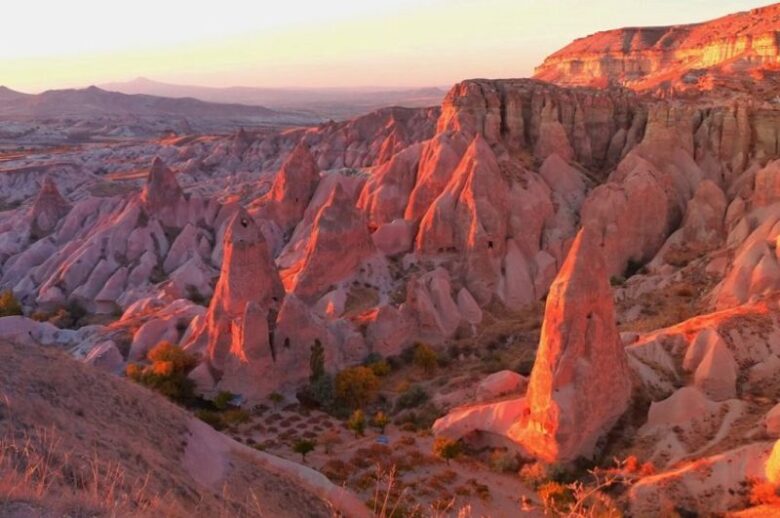 According to toursce.com, Cappadocia’s most beautiful valleys are located between the villages of Cavusin and Goreme. While here, the rippling rock arcs out across the land in a wide range of colors of pastel pink, orange, and yellow cliffs, created by a volcanic explosion and millions of years of exposure to water and wind erosion. Between these cliffs, you can find orchards and vegetable plots that are still tended by farmers. There are over 10 hiking trails, hence it is perfect for taking a hike on these paths. There are three locations in Rose Valley that you should visit, the Kolonlu Kilise (Columned Church), the Hacli Kilise (the Church of the Cross), and the UC Hacli Kilise (the Church of the Three Crosses). 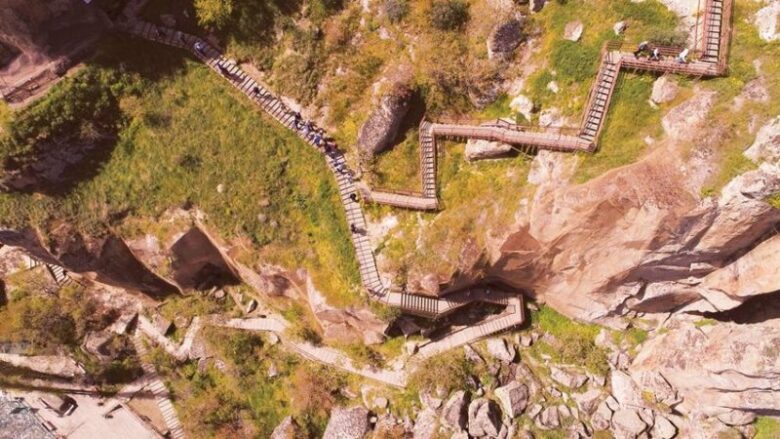 This verdant, narrow valley at the bottom of a 100 meters gorge is a blissful sight for nature lovers. The Ihlara Valley is an Eden of tall trees and fertile farming land beside the Melendiz River, which runs for 14 kilometers from the Ihlara village to the Selime village. During the Byzantine era, this place was a loved retreat for monks who carved churches into the cliff side. The Kokar Kilise (the Fragrant Church), Yilanli Kilise (the Snake Church), and Kirk Dam Alti Kilise (the Saint George Church) are the three best things to see here, although there are other places to see. 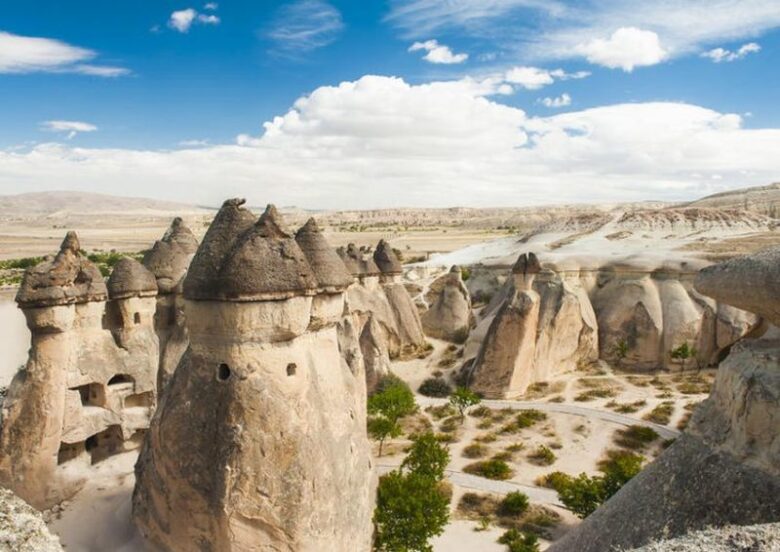 One of Cappadocia’s most famous landmarks is the mushroom-shaped rock in Pasabag valley. In the early Byzantine era, a religious settlement who were disciples of Saint Simeon Stylites devoted their lives to their practices at this place. Instead of pillars, they carved monk cells high up in the pinnacles to lead a life of prayer. If you take a trip to Pasabag valley, you can also visit the Zelve Open-Air Museum which is located only two kilometers away from Pasabag valley.

As you can see, there are various things to see and explore in this wonderful country, hence do not waste any more time and start doing some research on what else you can see while in Cappadocia.

Donald Trump Says That Turkey Will Stop Idlib Carnage, Not...

Heroic Puppy Jumps in the Water to save a Kitten...

What Challenges Do CEOs And IT Leaders Face?

How Much Smartphone Usage is Too Much?