I’m Trying to Save The World Unlike Donald Trump, Claims Rihanna!

With no many things to do during coronavirus pandemic, many stars are doing Instagram live sessions with their fans. One of them was pop star Rihanna who used her live streaming to bash President Donald Trump.

The Umbrella singer threw fans in a frenzy with her Instagram live appearance. The centerpiece of her addressing was her fashion brand Fenty. The brand name actually represents her real name, as the Barbados-born singer was born under the name Robyn Rihanna Fenty. 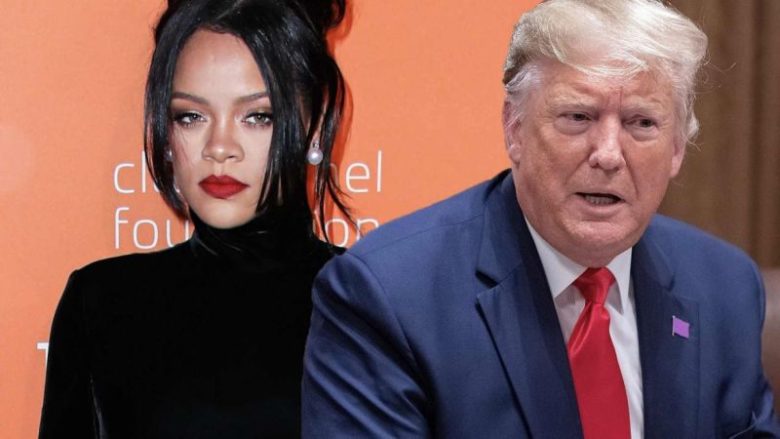 But, what drew the most attention was her opinion on the 45th US President, Donald Trump. The fans of Ocean’s Eight actress were asking about the release of her new album. Rihanna was having none of that which you can see from her comment: “Why are you motherf**kers asking about the album when I’m trying to save the world. Unlike your president.”

Someone recorded her live session, and the clip started making rounds on Twitter, making Rihanna one of those who accuse Donald Trump of not handling the coronavirus pandemic in the right way.

Fans were thrilled that their favorite star isn’t siding with Donald Trump. They were even calling her President Rihanna. One fan said: “Imagine asking for an album before basic healthcare lol.” Another one stated: “Rihanna looks bomb oh my Go and she preaching.”

It is well known that Rihanna’s foundation donated $5 million to help fight the COVID-19 crisis. But, she’s not only focusing on the virus itself. The Rude boy singer also donated $2.1 million to the LA domestic violence victims fond.

This is only a drop in the ocean for Rihanna as her net worth is estimated at $600 million. But, at the moment, the pop superstar is one of those with most actions taken regarding coronavirus pandemic.

Check Out These Supermodels Without Makeup

How to Host Your First Website and Avoid Common Mistakes