No matter if you are a casual gamer, a professional who spends hours behind the screen every day, or someone who never plays video games, you must have heard about World of Warcraft. Since its initial release on November 23, 2004, it has been widely played in all corners of the world.

World of Warcraft (WoW) is a cultural phenomenon that has grown and changed over the past 15 years, but it has never lost its charm and appeal. Still loved and played by millions, it is at the top of every chart dealing with the best and most played games ever. So what makes it so special all these years later, and is there an end in sight? In this article, we try to find the reasons why WoW is still so popular in 2022.

1. A Rich and Colorful World 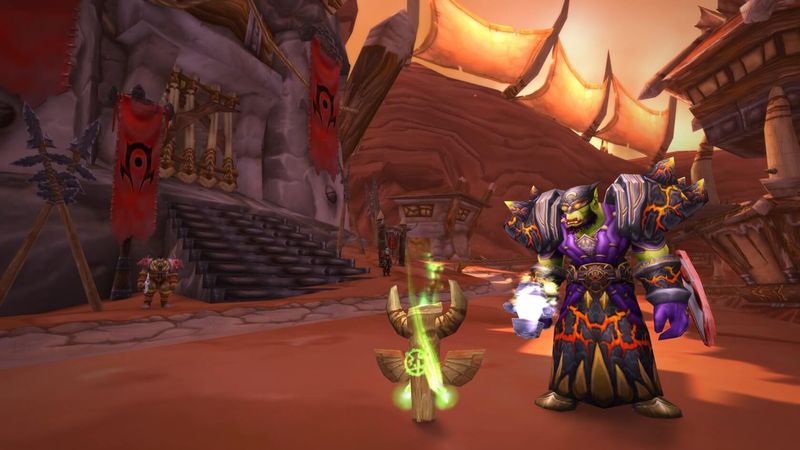 The world of the game you explore is arguably the most diverse and intriguing virtual places you can ever be a part of. What started off with two opposing continents grew and expanded over time, and after so many expansions and upgrades, it is bigger and more diverse than ever.

Such a diverse place to play in and lead your characters through has never been seen before, while many studios are still trying to figure out how to implement at least some of the game’s elements into their own titles. Azeroth, the fictional planet where most of the action takes place, will grow on you from the start, making it easy for you to develop the sense of protection for the fictional world and give all you have to defend it. 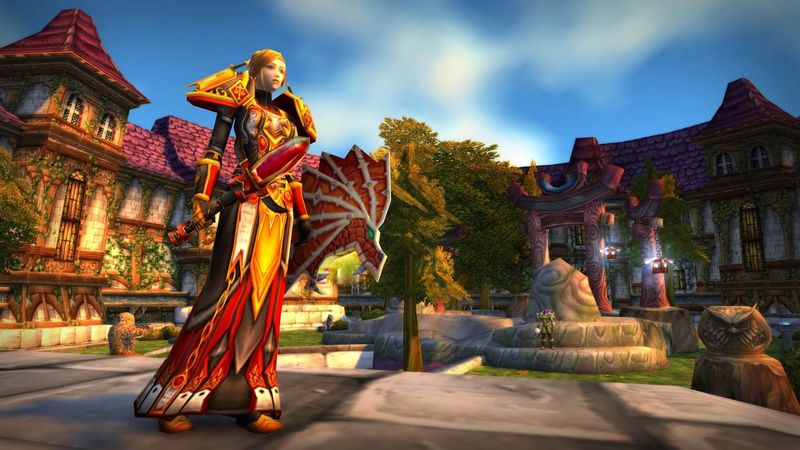 WoW is an MMORPG, a Massively Multiplayer Role-Playing Game. This means a lot of things, but most importantly, it is a genre of games played by millions of players scattered across dozens of servers. To be able to play, you must create your own character. There are many races and classes to choose from and each.

From the gender of your character to their physical appearance, you can custom create everything to suit your idea of a fantasy hero saving the world, whether it is your likeness or a completely imaginary character. Humans, elves, dwarves, undead, trolls, orcs, and various other fantasy races are at your disposal to help you immerse yourself in the game. Once you pick the race, you must also choose a class, which basically decides what kind of a hero your character will be.

Every class comes with a totally different set of gameplay elements, so depending on your style, you can create dozens of different heroes. If you like to be sneaky, pick a rogue, if you like head-on combat, the warrior is your best bet. If range attacks are what you excel at, you can either go hunter, mage, warlock or a priest.

The options are seemingly endless, with hours of fun waiting for you. Each class comes with 2 to 4 different talent trees, further specializing for a specific role. It takes time to master, but once you do, the role-playing can truly begin! 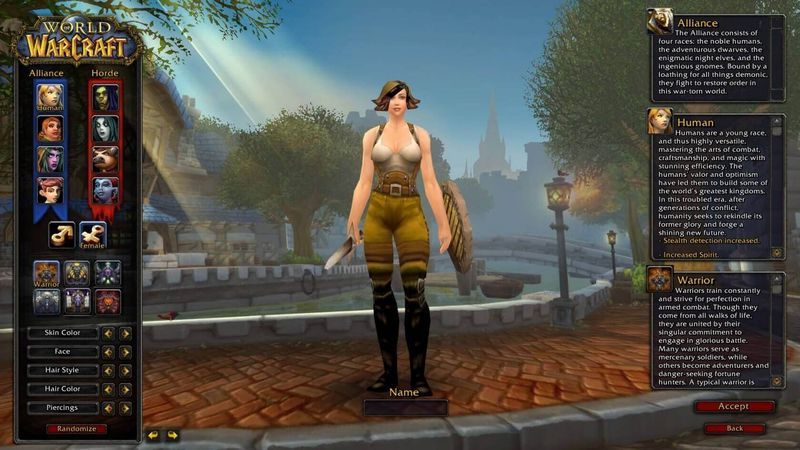 Warcraft is a classic title, and it has been for decades. What started as a real-time strategy game in the ‘90s turned into a vast 3rd person fantasy RPG, bringing the same characters, locations, and gameplay elements into a new 3D surrounding. The Warcraft series of games have a complicated, interesting, and diverse lore and history of events.

Those who have been a fan tend to come back with each new release, just to remind themselves of the good old days. And this has been going on for decades, with more and more new players jumping on the train every year. WoW has one of the largest galleries of fascinating and legendary characters, both heroes and villains.

The nature of the world is such that nobody is truly gone forever, which Blizzard Entertainment, now Activision Blizzard, uses in ways to invoke a sense of passion and love in the hearts of the players. It is easy to understand the motives of all sides, which is why it makes it hard to pick a side in this incredible world of never-ending conflicts. Naturally, with every new title, old players come back to check the new stuff out, which could be seen with the introduction of WoW Classic.

IF you wanted to try the game as it was back in 2004, now you can thanks to the new feature that allows you to play the popular “vanilla” game before the expansions started coming in. To quickly get all the right things you need, consider Lfcarry, a WoW Classic leveling service that will help you start things off the right way. 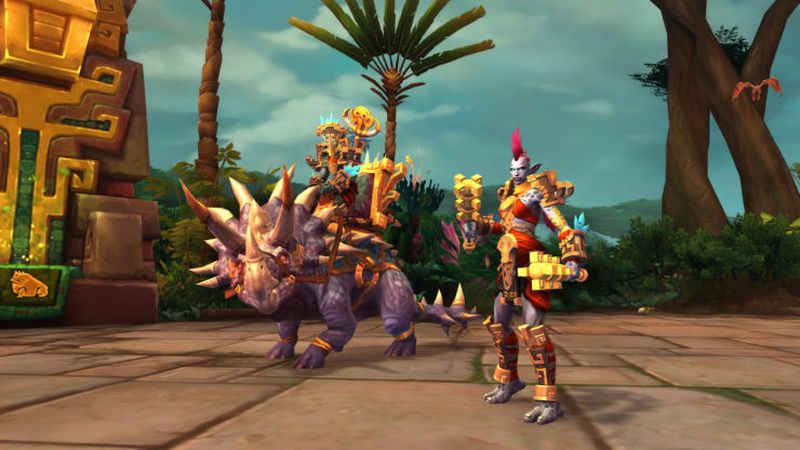 The leveling of your character and gaining starting gear is a fun experience. Beginning countless questlines and side stories offers hours of fun, but the real WoW gameplay starts once you hit the max level in the currently ongoing expansion. This is the time you start raiding the hardest dungeons and fighting legendary bosses.

The hardest of these are the end-of-expansion raids that culminate in complex fights against enemies that require you to work together with your fellow raiders. These are some of the hardest things to achieve in gaming, and the best teams around the world compete for world first kills. If you prefer playing against other players, WoW also offers arguably the best fantasy Player Versus Player (PvP) game modes in existence.

Try battlegrounds with large groups of players fighting each other in open fighting across large areas with different mechanics, or hop into 2v2, 3v3, or 5v5 arena tournaments that offer countless combinations between various classes. The endgame content is what WoW is all about, and the riches it offers the players are the spoils of war you will be proud to wear and showcase.

These are only some of the reasons why WoW will always be a viable option for PC gamers. The creators and designers showed us time and time again that their pool of ideas is never going to run out. While the game is far away from its peak of 12.1 million subscriptions from 2010 when it was at the height of its popularity, millions of players still play it daily and it is one of the most-watched games on streaming platforms.

The upcoming “Shadowlands” expansion, the 8th in total, already looks promising, bringing the players new gameplay elements, new worlds to explore, and new ways to customize their characters. It will be long before there is no World of Warcraft in the gaming industry, that much is sure!