You thought writing the book was the biggest hurdle. Or maybe editing it was. But what are you going to call the book you worked so hard to write? What’s the title of your book, the word or phrase to anchor it all together, so splendid and sublime that it tempts a reader to indulge in your prose?

Your book’s title, as you might have guessed, must be golden. And here are some tips to come up with one.

Don’t judge a book by its cover, they say, so how about we judge the titles? With thousands of books being released every single day, it’s more important than ever to make sure your book has a memorable title.

Standing in a bookstore, readers skim through titles fast enough that you won’t see their eyes move. Each book gets about a second or two and is then either picked up for closer examination or forgotten about. If your book’s title is not catchy enough, it will not sell. Okay, maybe I’m exaggerating, but you know what I mean.

If you are what your book is, your book will definitely be analyzed by what its title is. So how do you decide? Follow these golden rules to picking the perfect book title!

1. Research your favorite titles and think about why you like them 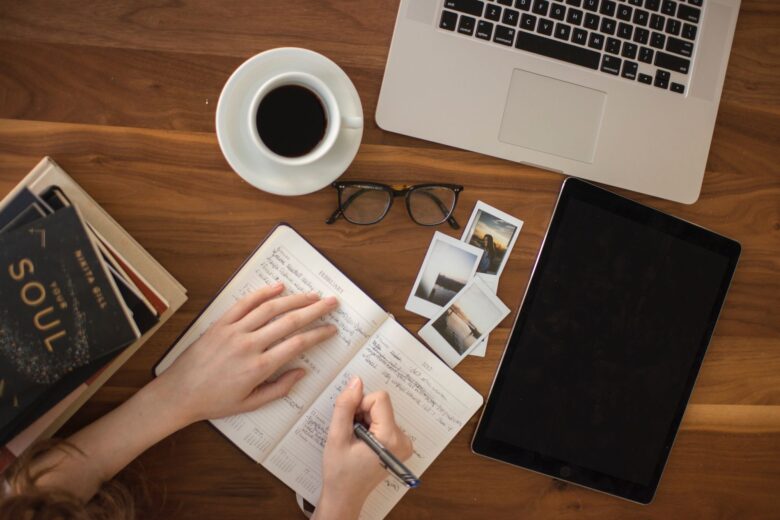 2. Think about what you want the title to say

Think of your book title as a teaser to your story. What do you want it to evoke in the reader? It’s all about luring the potential reader just the right amount. Your title can’t be a dead giveaway, but keeping it ambiguous won’t interest your reader either. It has to be a balance of both.

For example, what do you think happens at the end of All’s Well That End’s Well by William Shakespeare? What happens in Gone by Michael Grant? What impression did the title gave you about the plot?

The first one’s too boring and  obvious, the second one — a major pass.

3. Try out a punchy one-word title This one’s not a blanket statement, but think about it and use it judiciously. This is a risk you’ll take at your own peril.

For example, let’s say you give your fiction manuscript the title Sandalwood. No matter how integral sandalwood might be to your book, it won’t work as a title unless accompanied by compelling imagery. It just doesn’t say enough, and could easily be mistaken for a book on the virtues of sandalwood.

Setting aside the debate on the vagueness of just one word, it’s not a smart move for the eventual digital marketing of your book. Search results will drown out your book amongst thousands of others that contain the word.

4. Pick a title that can be uniquely identified

The risk of picking a one-word title is that there’s a chance of your title being drowned out in search engines. You could end up with duplicate titles.

Therefore, research is important. Run a test for all book title ideas that you may have to avoid confusion. Wouldn’t want anyone confuses your masterpiece for some other book titled ‘Perfection’ now, would you? Would you have known about the Arabian Nights, primarily a Middle-Eastern set of stories, if it had been titled Shahrzad instead?

Most books get their publicity via word of mouth, and if those words don’t come easily, they won’t be coming out of anyone’s mouths. You’ll spend most of your time post-release correcting pronunciations with few people connecting to it. So, stick to what’s easily memorable and get one step closer to your perfect book title.

6. Keep it short and simple

Would you believe it if we told you that’s a title of a play? Yep. Just the one. A long, long one. Written by Peter Weiss. Quite a mouthful, isn’t it?

I’m sure you can already tell what’s wrong with this title, and therefore what anyone should avoid while coming up with a book title. Long titles can sometimes be clever, funny, or both  —  but you need to ensure it will do your book justice instead of being an annoying mouthful.

With Marat/Sade (yes, that’s what most people call it colloquially), Weiss got lucky. But we’re not all critically acclaimed playwrights, are we?

7. Pick a cover that compliments your title They should go together, that’s all, really. Your title and cover imagery should always be in sync; or you’ll end up confusing and losing potential readers. The blank image on Reusing Old Graves by Alastair Shaw and Douglas Davies is… um, misleading.

So choose your book cover wisely. If you are interested in availing an expert’s services for book cover design, you can head over to PaperTrue, which offers a comprehensive set of pre-publishing services.

8. Describe the essence of your book

Your title, while being catchy, funny and all things amazing, must also apply to the essence of your book. If you make your readers turn 300 pages only to find out that the title had nothing to do with the story — you dead.

Take, for instance, the book The Art of Racing in the Rain by Garth Stein has nothing to do with art, rain or even racing save one sentence somewhere. It’s a beautiful book, sure, but misleading titles can and will annoy readers. It’s Sentence Case, or Title Case depending on how you get your font stylized. Never Toggle, it’s too tacky. Seriously.

Aside from this, it’s also important to note that accents on your word can pose a problem while creating websites.

Your story; this title will recognize the product of a thousand hours, endless cups of coffee, a million edits and more. Aside from being descriptive, therefore, it’s vital to ensure that it will be troll proof. Don’t make the mistake of trying too hard to be anything, just keep it simple.

What it all boils down to is how great your story will be or already is. To ensure a perfect hero, you can always check it off against Joseph Campbell’s famous ‘ Hero’s Journey ‘ — a theory that stands the test of time until today.

Until then, all the best!

8 In-Demand Certifications in the Construction Industry

Why The Yamaha NMax Is The Best Choice For City Riding