Musk vs Bezos – The Craziest Rivalry of The Richest

There can only be one, and these two know it. That’s why they’re topping each other on the list of the world’s richest persons. Both are immensely rich, and this race has been led between these two for a while now. Neither man has the intention to let it go.

While usual suspects are led to believe that billionaires don’t care how much each of them has, these two are different. The rivalry is real and we know it as Elon Musk now wants to send a statue of number two to Bezos after he became the world’s leading rich man. They have so much money and success that they’re now making fun of each other. What could possibly go wrong? 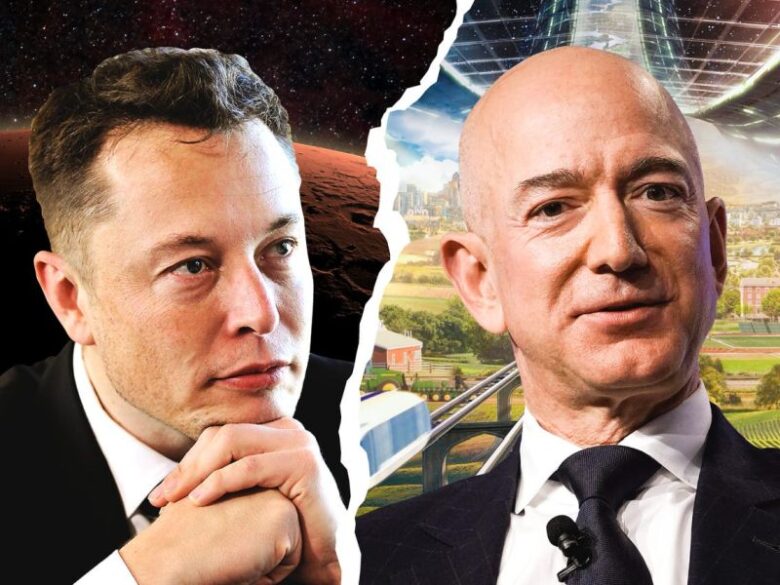 While the two are undoubtedly doing a lot for our society, we must wonder could they do even more, instead of fueling their feud? Jumping over each other on the top list of the wealthiest is not the concern of commoners. But, surviving and being healthy is. These two could do something about it. Instead, they’re in a race of their own, and only during this year, they switched places a few times. This time the reason why Musk is No.1 again is that Amazon stocks fell and Jeff lost a few billion. Just enough for Musk to leapfrog him.

As you can see, billions of dollars are toys for them to play with. Not only that, it would seem that they have outgrown the local playground called Earth. Yes, this is true. The race between two men is heading to space as we speak. Mars is the final destination, for now. They are so rich, that they need to measure their wealth outside of the orbit of our planet. The space race is well underway, with both men looking to build space ships and fly away. 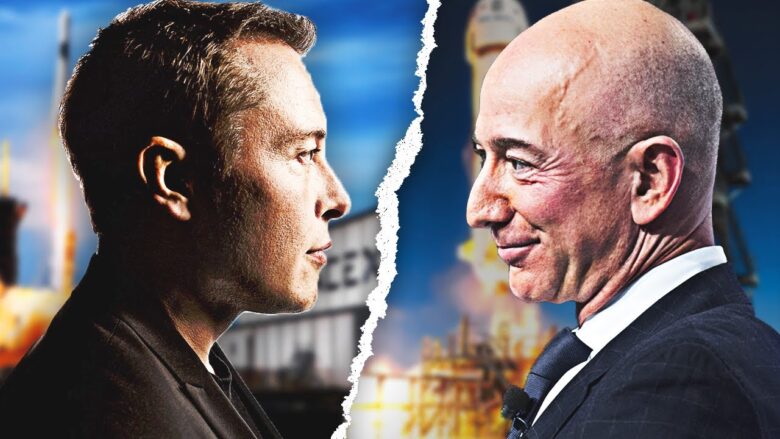 As you know Musk and Bezos have their horns locked when it comes to space colonization. This is the next goal, the next step, the next hill to overcome. Musk is one step ahead in this race if you follow this rivalry. The reason is simple – NASA. The most famous space-oriented agency granted Musk a $2.9 billion contract for space exploration via his SpaceX program. Bezos didn’t like this decision, and he even filed a lawsuit claiming that his Blue Origin should have received the contract instead.

The two men started quarreling over space exploration and we’re not kidding. Musk wants to reach Mars, while Bezos wants to launch Amazon satellites into orbit. They exchanged the words where Elon called Jeff a copycat, and Bezos responded by ridiculing his space program. Is this all? No, it isn’t. The way things stand they’re just getting started. Both men want to be the world’s richest person, it’s just that the other guy is standing in the way. We can’t stand in the way of their richness, and we can’t also prevent them from arguing about it. What we can do is look at how to tax them the right way. It’s better to lower their wealth that way, as there are too many poor people in the world who are forced to watch these two measurings their wealth.

6 Things One Must Know About Leverage & Margin Trading

7 Ways Your Startup Business Can Benefit From Angel Investors