LeBron James is one of the greatest basketball players ever, there’s no arguing it. He has a polarizing personality and people either love him or hate him. With King James, there’s no in-between. What you should know about him is that he’s not just the most complete basketball player ever, he’s also a real estate mogul of a sort. Having sold his trade from coast to coast and somewhere in between with stints in Miami, Cleveland, and Los Angeles he has many houses that he calls his own. Let’s see what’s he all about concerning real estate.

As you probably know, LeBron is currently a Los Angeles Lakers player so he resides in this city for the most part. In 2022 he decided to buy a home here and a Beverly Hills villa was what he wanted. The price was nothing considering his wealth but it’s still $23 million. It is located in one of the most prestigious borrows in the world named Brentwood, Los Angeles, California. You know the place, it’s where all the celebrities tend to live. It is a place with eight bedrooms, a custom kitchen, patio terrace, eleven bathrooms, and many other perks. 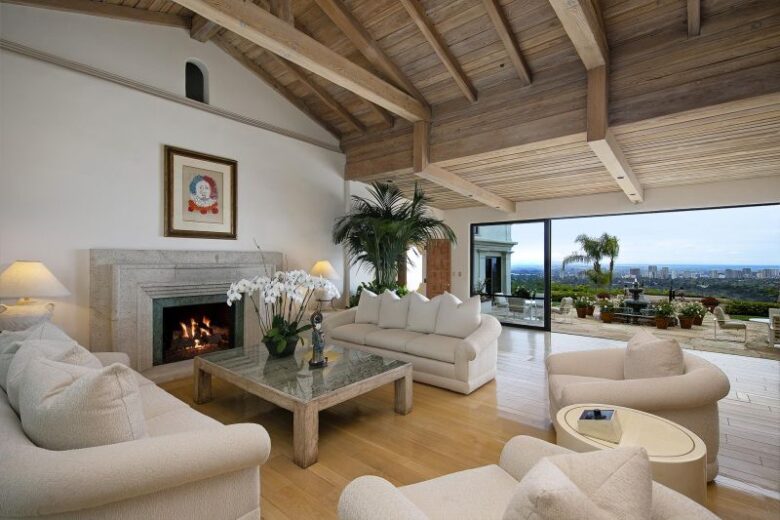 Furthermore, it’s not one of those places with no history, no, instead it has a rich one considering that Bill and Lee Phillip Bell lived there. This real estate is not only about the house itself. It also spawns on 10,000 square feet of land which all now belongs to the famed athlete. The house itself covers a stunning 15,846 square feet. These numbers are staggering just like LeBron’s stats at NBA. This house offers plenty to both James and his family but also to all incoming friends that could come their way. To a man of sports, as he certainly is, you won’t be surprised that this house comes with a swimming pool and a personalized gym. 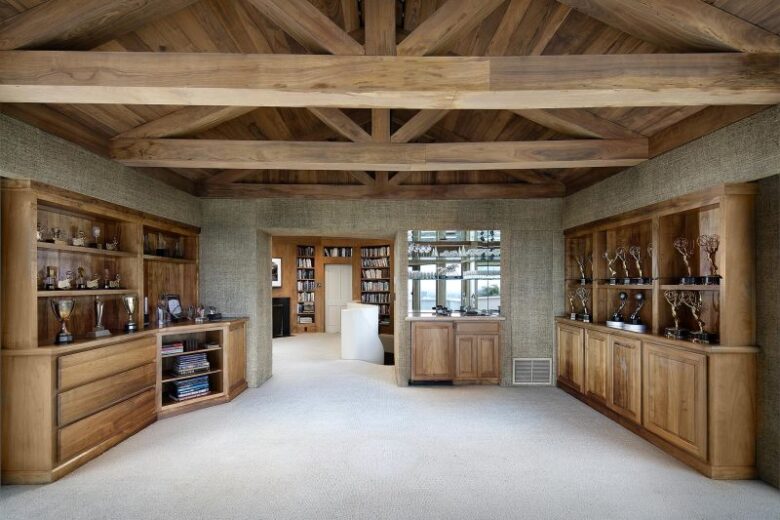 Yes, you heard it well, he has two homes in this highly touted residential area. This was a bit cheaper than the one from above, but LeBron still had to part ways with $21 million. The famous athlete bought this one even before joining his current team what means he has an eye for real estate. Like we said this one cost less but it also offers less with only 9,350 square foot of space, six bedrooms, and seven bathrooms. With James being located in the home above for most of this time, we can only guess that this one is going to be for sale anytime now. The small trivia regarding this real estate lies in the fact that notorious OJ Simpson lived nearby.

You probably know this small part of LeBron James history. He’s from Ohio. A kid from Akron as he likes to put it. So, it’s no wonder he owns a home in this area. Of course, he spent most of his career playing for Cleveland Cavaliers, even bringing an NBA championship to this city which is often dubbed as a factory of sadness due to little success Cleveland Browns and cavaliers had in their histories. The house is located north of Akron and James bought it the year he was drafted by Cleveland Cavaliers. This is one respectable mansion consisting of six bedrooms and eight bathrooms and also packed with a bowling alley, barbershop, and a recording studio. When compared to his LA real estate this one came rather cheap being priced at only $2.1 million back in 2003.

If you followed us carefully, you know that this NBA superstar has three houses. Two of them are situated in Los Angeles while one is in his hometown of Akron, Ohio. Do you feel something is missing? Of course, LeBron spent some quality years in Miami, playing for the Heat. What this means is that he needed a place to live there, of course. He had one, as you would expect from a player of his statute. But, once he came back to Cleveland he put his home at Coconut Grove, South Florida up for sale, and in 2015 it was sold for approximately 13.4 million. 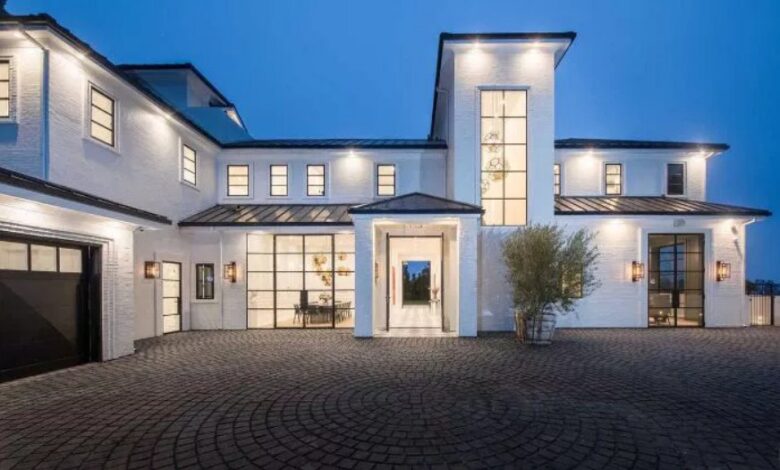 Like we said so many times, James is one of the best players the basketball has ever seen. Rare are those who come close, and yes we’re talking about you, Michael. As you can guess playing for so long on such a high level only means one thing – a lot of money. During his career, James signed numerous contracts with both teams and endorsements with sports brands alike. Thanks to this he amassed close to $400 million. In addition to houses, LeBron decides to put some money in his precious cars. He has plenty to offer to viewers in his driveway. Just some of the pieces in his collection include a Rolls-Royce Phantom, Mercedes-Benz S63 AMG, and a Ferrari 458.

Selling Your First House? Here are Some Useful Tips

Is it Possible to Learn English Through Comedy?

10 Gritty And Fascinating Facts About The Clash