Jane Fonda Decided: “I’m Not Going to Cut Myself up Anymore!”

The legendary Hollywood actress Jane Fonda surprised everyone with her gray hair and a new hairstyle at this year’s Academy Awards. The 82-year-old actress spent 7 hours at the hairdresser and has now revealed that she will fully accept the effects of aging and will only treat her body and skin with cosmetic products.

“I can’t pretend that I’m not vain, but there isn’t going to be any more plastic surgery—I’m not going to cut myself up anymore,” she told Elle. 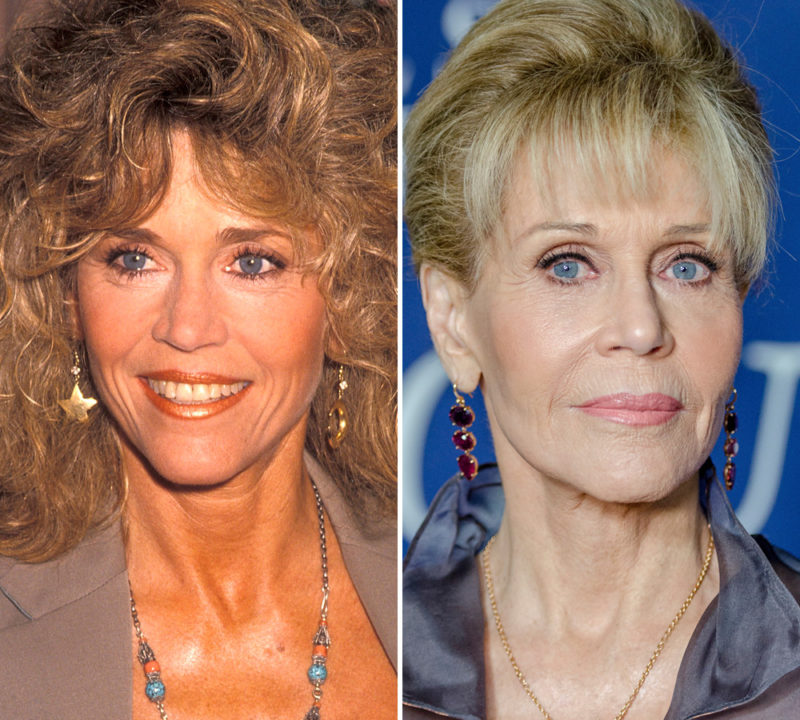 Fonda struggled with bulimia in her teenage years and suffered from eating disorders for decades.

“I have to work every day to be self-accepting. It doesn’t come easy to me. I post pictures of me looking haggard — and once with my tooth out! “It came out in a restaurant in Portugal, and I posted it,” Jane explained.

Read Also: Actress Jane Fonda Turns 82: What Was Her Life Like?

At this year’s Oscars, Fonda presented the Best Picture Award. When she stepped onstage, everyone spotted her different look. She wore a red Elie Saab gown to the Oscars 2022. Her hairdresser Jack Martin revealed that Jane wanted to have silver or gray hair, not the blonde we were used to seeing, to surprise everyone. 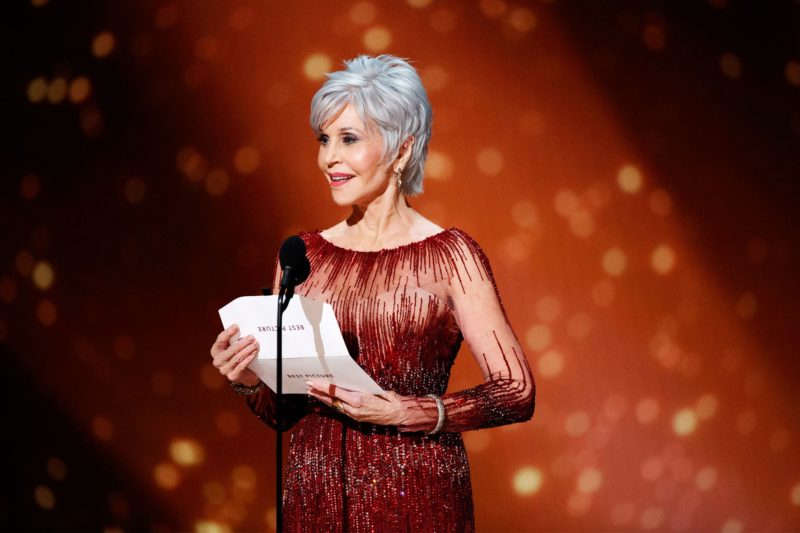 As for plastic surgeries, she has never refrained from talking publicly on the subject, and she spoke about it openly in one of the interviews for the Guardian in 2015.

“I wish I were brave enough to not do plastic surgery, but I think I bought myself a decade,” Jane said at the time.
Back in the ’80s, she enlarged her breasts but later decided to remove the implants. Fonda had numerous facelifts, and she has done some work around her eyes and jawline. In her 2018 HBO documentary, “Jane Fonda in Five Acts,” she confessed she loved “older faces.” “I love lived-in faces. I loved Vanessa Redgrave’s face”, she admitted about her peer. She also confessed in the documentary she “got tired of looking tired when I wasn’t.”

The 82-year-old star showed that it was never too late to make a dignified aging decision.

Nicole Kidman Looks so Different From What We Remember