Home History Learning the History of the Green Card
History

There isn’t a single person that is not familiar with the green card. They might not know all the details about it, but they know that it is a document issued to foreigners and enables them to obtain permanent residency in the U.S.

Did you know that the first green card was issued after World War II? There were many names for it, such as a Resident Alien Card, Alien Registration Receipt Card, the Permanent Resident Card, and so on. So, when was this document that nowadays determines one’s life originally created? In the following article, we will take you on a journey through time and introduce you to some facts about it. 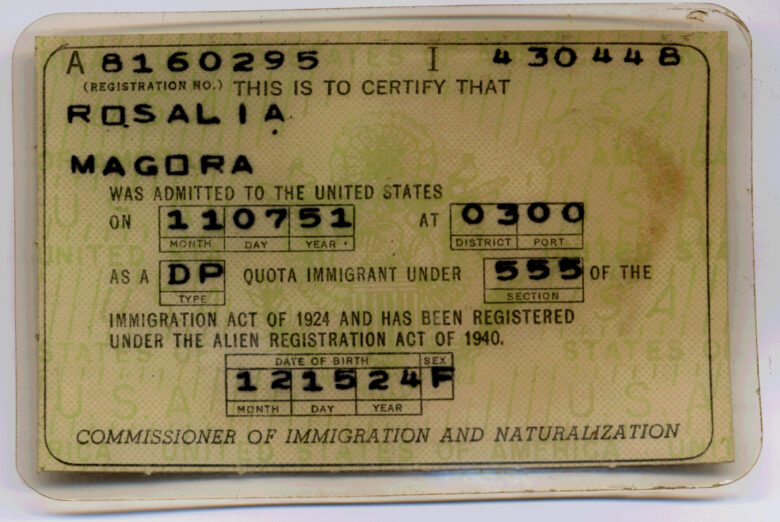 In 1940, The Alien Registration Act was adopted, and all aliens, i.e., foreign nationals, were required to register with the INS service firstly via post offices and then via immigration offices. This requirement was mandatory for both legal and illegal foreign national residents.

After WWII, the U.S. became a dreamland for people from every corner of the world, so the government had to do something about it. At first, the foreigners of the age of 14 and older had to register with the government and give their fingerprints, and they were issued an AR-3 document.

Nevertheless, soon people started flooding the U.S. soil, so this entire process, which previously took place in local post offices, was moved to ports and borders, and it became a mandatory part of the immigration procedure. People who had a legal basis to enter the country were issued a document to prove their status, while those who didn’t were asked to return to their native country or were removed.

Due to the fact that people had different legal reasons to be there (visitors, permanent residents, foreign employees), the government started issuing numerous types of documents (I-94c, I-151, I-100a). When it comes to people who had met all requirements and were allowed to obtain the status of a permanent resident were issued the Form I-151, and that is how the green card was born.

In 1950, the importance of this form was further increased when The Internal Security Act was adopted. People who had the original AR-3 form, as well as the legal status, could have this document replaced with the new form. However, if they could not prove their status, they were prosecuted for breaking the U.S. immigration laws.

This was a moment in history when the Form I-151 became a vital document that secured one’s stay in the U.S. Since the original name, Alien Registration Receipt Card, was a bit of a tongue-twister, people started referring to it as a green card due to its color.

As you can assume, this was also the time when the government was faced with the problem of counterfeit documents. Between 1952 and 1977, the permit itself was redesigned 17 times. This is why the entire process of being approved is so complicated and lengthy nowadays, and here are some details about it.

In 1977, the document was redesigned, and it was no longer a paper document, but it became a plastic card. Interestingly, it was produced only in Texas to ensure its uniqueness and quality. The previous one included only a photo of the holder, but then an A-number, fingerprint, and a signature were added to it. In addition, it was renamed to Resident Alien Card, and the documents issued between 1977 and 1989 had no expiration date. 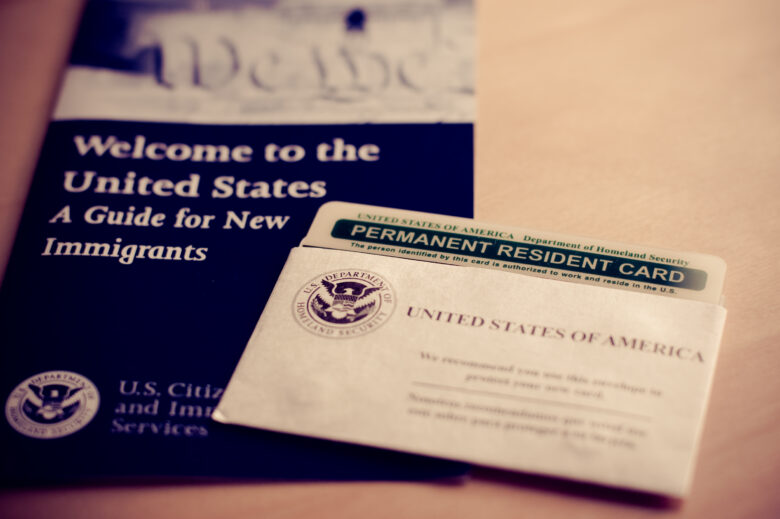 During the 1980s, people who came to America to work and their employers had trouble proving their legal status simply because there were numerous types of cards in circulation. So, in 1989, the INS designed a new peach-colored one. In addition, they made all the documents issued before 1979 invalid, and this was another method of combating counterfeits.

You can imagine who difficult it was to fight false permits in the 90s, so the INS had to step up its game. In 1997, it was once again redesigned. This was the first time a unique document number or card number was added to it.

In 2004, there was another slight change to it. The seal of the Department of Homeland Security was included as well as a hologram. A lot of people have carried it ever since, due to the fact that it officially expired this year. 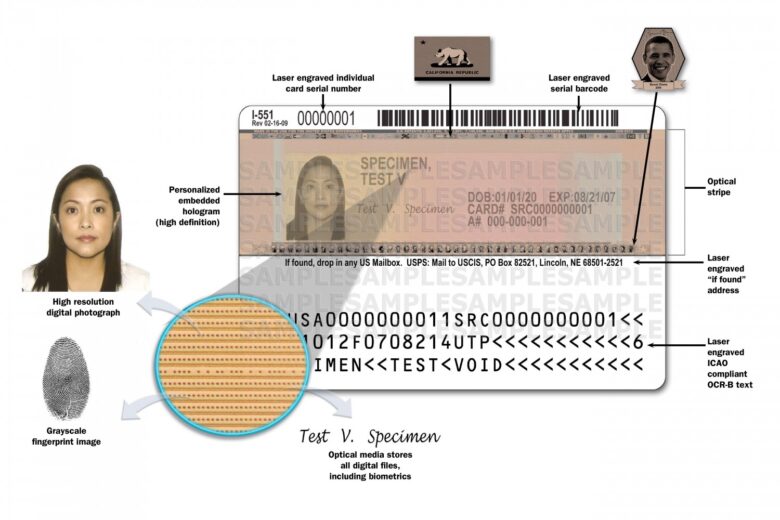 Due to the development of technology, the green card was once again changed in 2010 and it incorporated the green color, for the first time in decades. Laser engraved fingerprints, holographic imaged, the RFID (the Radio Frequency Identification), and the former president’s micro-images were included into its design. The RFID number has enabled officials to easily determine the holder’s identity. This version is still considered to be a state-of-the-art document since it is really difficult to counterfeit it. It is still in circulation since it expires in 2027. 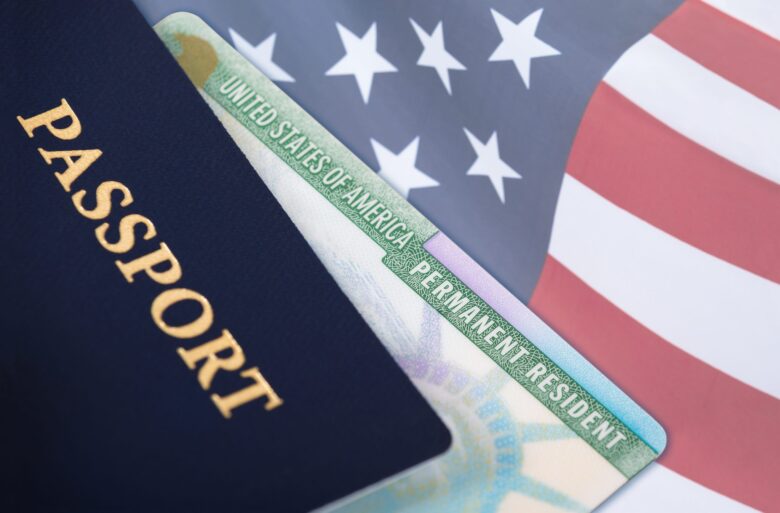 Finally, the last upgrade of it was in 2017. The colors of the American flag were added to the previous green design. According to USCIS, this upgrade was part of the Next Generation Security Project, and as you can assume, it incorporated better graphics as well as numerous additional security features.

Since counterfeiting has been a problem ever since the first version of the green card was issued, USCIS continues to collaborate with numerous government agencies U.S. Immigration and Customs Enforcement and U.S. Customs and Border Protection. Today, it is considered to be the highest secure version.

To sum up, in this article, we have discussed the most important moments in green cards’ history since it was first issued. As you know, obtaining this document is fairly challenging nowadays, and the process of being approved can take some time. Because of this, it is important you know all the ins and outs of it, so you should start your investigation online. On i-immigrate.org, you will find all the information regarding the process itself, learn who is eligible for it, what type of green cards exist nowadays, how to choose the one that is right for you, how to apply for it, the like.

Can Old Carpets Make You Sick