5 Essential Facts You Need to Know About Eating Disorders

If we need to name two things that characterize this modern way of life, those two things will be stress and overeating, and since that’s the case, it is no wonder why stress-eating is such a problem that many people suffer from. Stress is the number one cause of the majority of conditions and health problems in the world, and since we are used to the face-paced way of living, it is pretty understandable why that’s the case. But we are not here to discuss stress and how it impacts our overall well-being, so let’s leave that to some other time, and today, let’s talk more about how to recognize a person with an eating disorder.

Namely, just in the USA, more than 30 million people suffer from some kind or type of eating disorder. Even though there are many studies on this matter, and people, especially college students, are well informed, somehow, the number of people suffering from this type of mental illness is only increasing. That mainly happens because of misunderstanding or by people neglecting certain facts about eating disorders as something not that troublesome, and that’s where most of our problems as a society originate. That is also a reason why we will further discuss this topic today, review and present you with the top five essential facts you need to know about eating disorders. 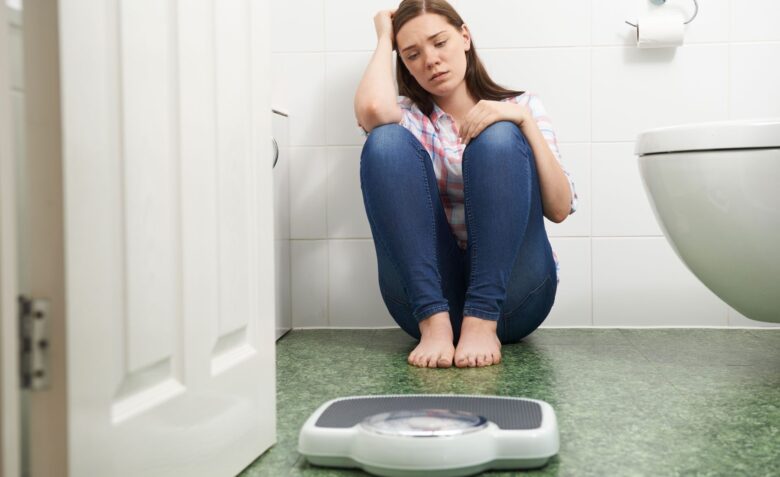 An eating disorder can be the main problem, but we should know that in most situations, people suffering from one also have some co-occurring conditions. There can be more than one co-occurring condition, and the more of them some person has, the much harder it is to treat them, and the main disorder too. They are one of the main reasons why the treatment lasts so long and why it is so hard to cure them. The most common co-occurring conditions are mood disorder and anxiety, and over 70% of people with any eating disorder have them too. They are additionally complicating the whole situation, so it is necessary to be devoted and persistent to make a success.

There are many myths and wrong beliefs, and one of those wrong opinions people often have is that it is impossible not to notice that someone has an eating disorder. They imagine these people as extremely thin, or on the other hand, extremely fat, and they are convinced that these people look sick, so everyone can see that and try to react. Unfortunately, the truth and reality are much different, so that means that it is possible that someone close to us can deal with this severe problem, and we cannot see that and help them, or at least not as soon as we would wish to.

Many people suffering from some eating disorder look normal and healthy, and because of that, it is much harder to notice that they have a problem, which means that it is also much harder to help them. No matter what tabloids think and what kind of shape of some person they idolize, looks aren’t everything, so never trust the look. Once when the person looks too sick, it is probably too late for help since, like in any other health-related condition, early detection is crucial to cure all of these severe conditions. 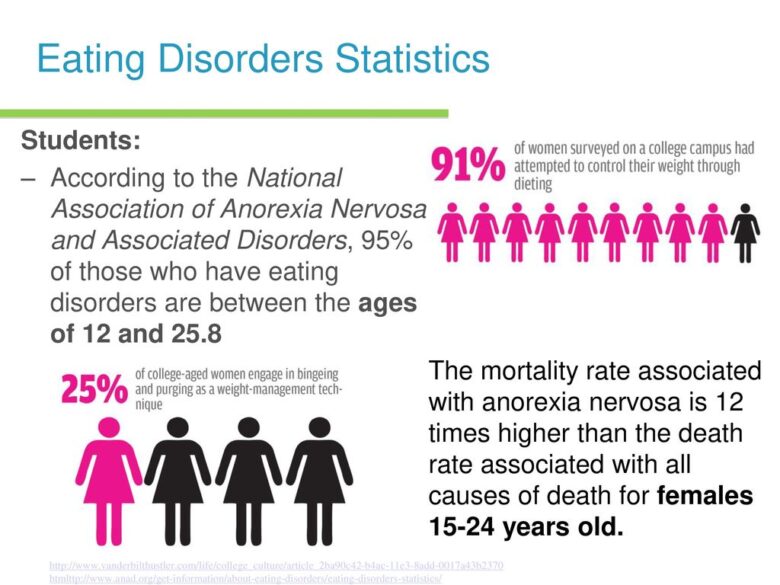 Eating disorders are severe conditions, and we should accordingly act since they can easily lead to death. They are not the only mental illnesses that can lead to death, but the fact is that they have the highest mortality rate, and that is not something that any of us should overlook. Many of us think that schizophrenia and depressions are the main reasons for someone’s premature death, but the fact is that eating disorders take even more lives. Some researchers claim that at least one person suffering from some eating disorder dies every hour only in the US. Because of that, it is necessary to educate people about them and treat them in the right way because it is the only way to save lives and help those who need it.

5. Teenagers are at most risk 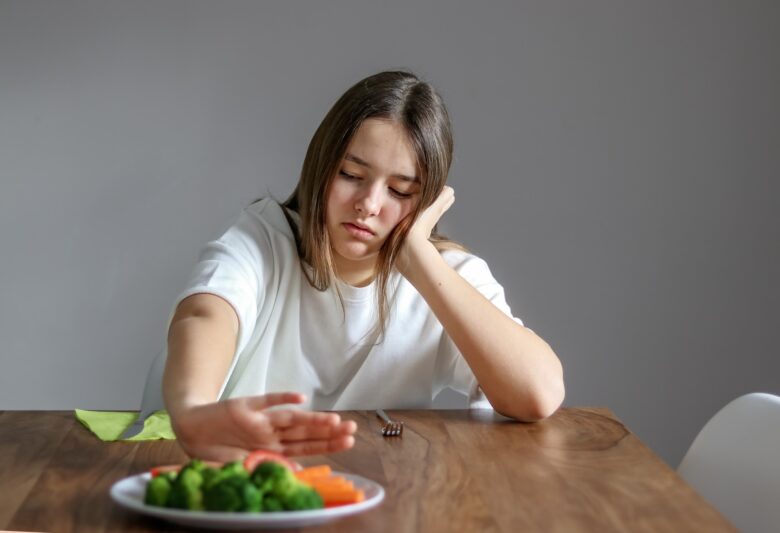 This one is actually a mix of several things that those not well-informed people often think of when someone mentions an eating disorder. Yes, teenagers are at most risk because it is at that age when we experience many changes both physically and psychologically as we grow as persons, but it is also a time when a young adult is pretty much affected by so many things. Knowing this, it is no wonder why almost 4% of teenagers suffer from some type of eating disorder, and although the girls are more affected, the studies have shown that every fifth teenage boy also has trouble with this illness or is at a higher risk of developing one.

Some people think that the main cause is closely connected to bad family relations or that it is some kind of choice weight-related, but even though it may start like that, the problem is actually much more related to social culture and our behavior overall.

All these facts should help you to better understand how difficult eating disorders are to notice and deal with. But it also means that no matter what you may think you already know about eating disorders, there is much room left to upgrade that knowledge on this topic, learn about clues and signs on how to notice them in time, and what and how to help those suffering from one. One can never be too informed, which is why websites like rosewoodranch.com offer some great advice on how to deal with various eating disorders, and especially a more modern one called binge eating disorder.

Kelley Flanagan Spills Out The Dirt Regarding Peter Weber Breakup