There’s a large variety of motorcycle styles that make riders across the globe go crazy.

From cruisers to adventure bikes and DTBs, the thrill only keeps growing. And one such thriller motorcycle style is the cafe racer.

After rising to fame in the early to mid-sixties, cafe racers have continuously been a choice for riders of all ages. The super fun, super-unique and aggressive riding posture, an iconic design, and a cowl at the back, all of these combine to bring about a superior road presence on a powerful machine.

This post is about a few such beasts. Here are 10 top cafe racer motorcycles of 2022 that are so hot that you’ll forget summer. 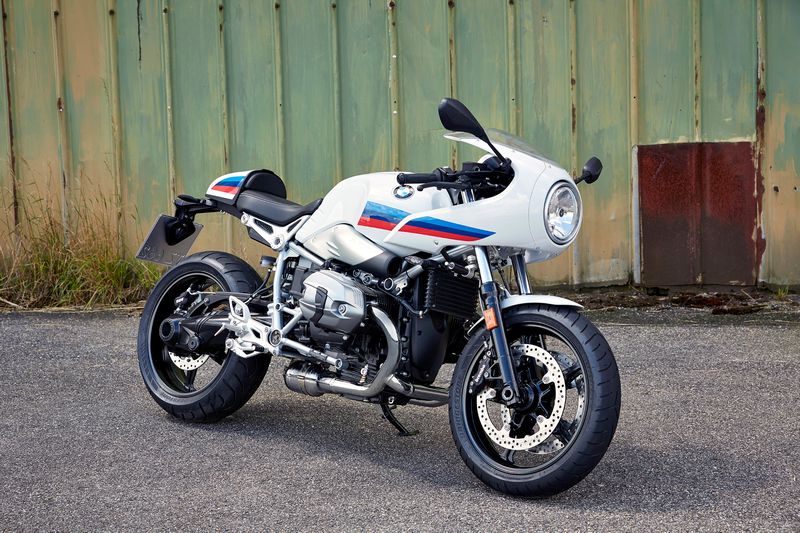 This is one of the most desirable cafe racers in the world right now.

Housing an 1170 CC twin-cylinder boxer engine, the beast runs fast at over 124 miles per hour.

Apart from that, the power output is 110 bhp.

The design is a sweet blend of classic and modern, and anyone who loves cafe racers can fall for this beautiful ride.

However, the only problem that you may have to face is that this comes without a fuel gauge (and an aggressive seating posture, but that’s almost all cafe racers), so you will have to be extra-cautious about fuel consumption. 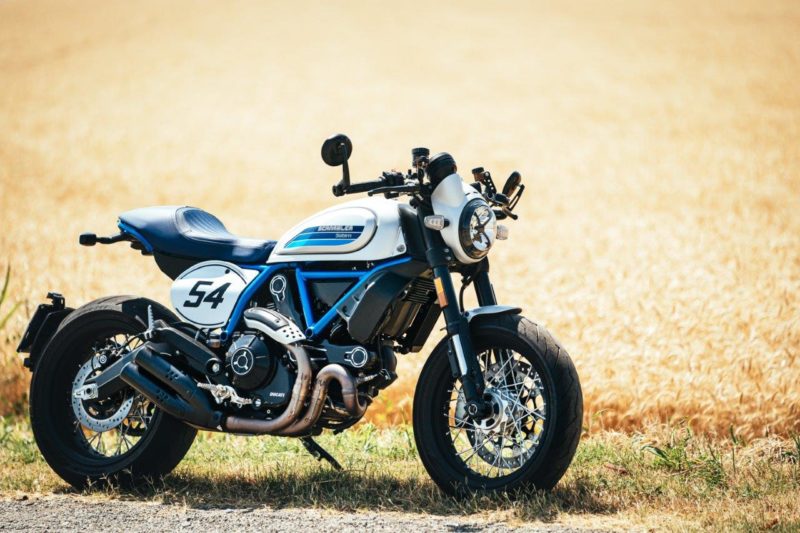 The loud rumble, a pompous engine and an astonishing appeal – all of these characteristics suit the Ducati Scrambler Cafe Racer perfectly.

Anyone who ever rode a scrambler or even heard or watched it pass by would know the charisma. It stands out like nothing else!

And the same charm when joined hands with a classic retro vibe, we got this amazing cafe racer.

With the design that it has, it’s as classic as classic gets. The body holds an 803 CC V-twin engine, that delivers a bouncy 72 bhp, which at 196 KGs is a great deal. 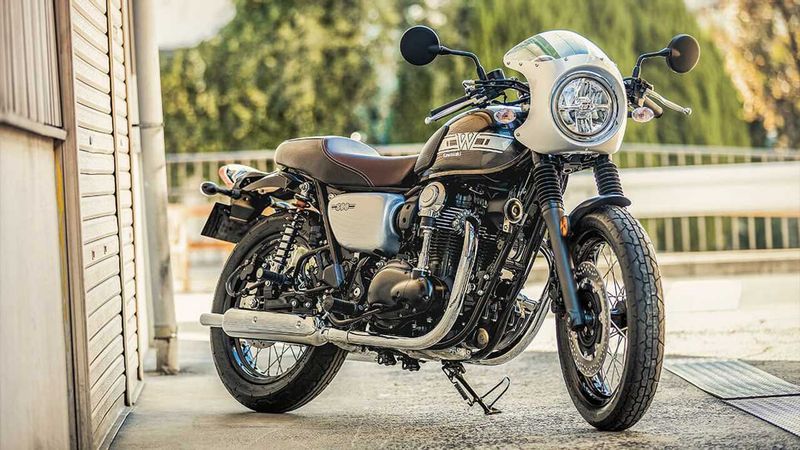 If you are a fan of real classics, this one can be the perfect match for you.

The 773 CC parallel twin creates a power of 47 bhp (yes, not the most powerful). And the motorcycle weighs 223 KGs.

Apart from this, the bike is pretty quick and tons-up easily. The top speed is 110 miles per hour (almost 178 Kmph). 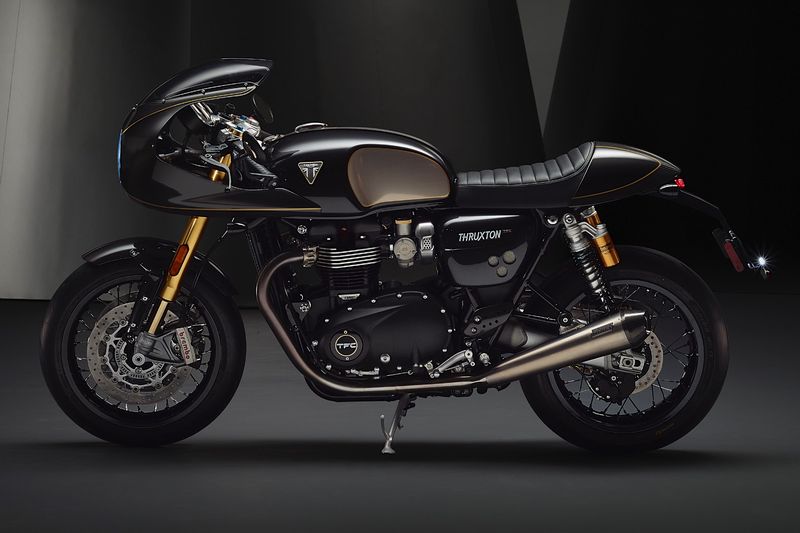 Another one of the most powerful cafe racers in the market, Triumph Thruxton RX maintains the real classic cafe racer vibe like no other manufacturer visit here.

With a 1200 CC parallel twin engine, a shiny cowl, a solid-metal body and a catchy road appeal, many cafe racers can’t even be compared to it.

The power output is 97 BHP and you can choose whether you want your bike with a visor/windshield or not. 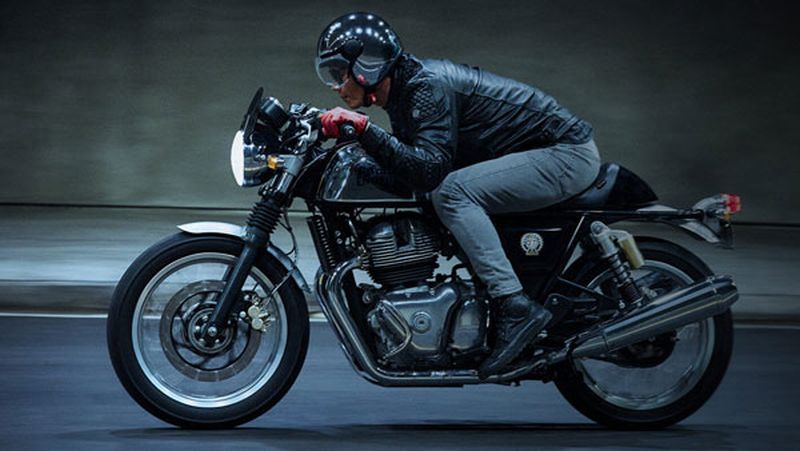 Lowering the price a bit, this is one for those exploring entry-level options.

And soon after the 535 CC variant was discontinued, RE gifted the world with a beautiful cafe racer that was more powerful and reliable than all of its other machines combined.

Speaking of the upper limit, it’s easy to ton-up. 161 Kmph (a little over 100 Mph) is a comfortable high speed. 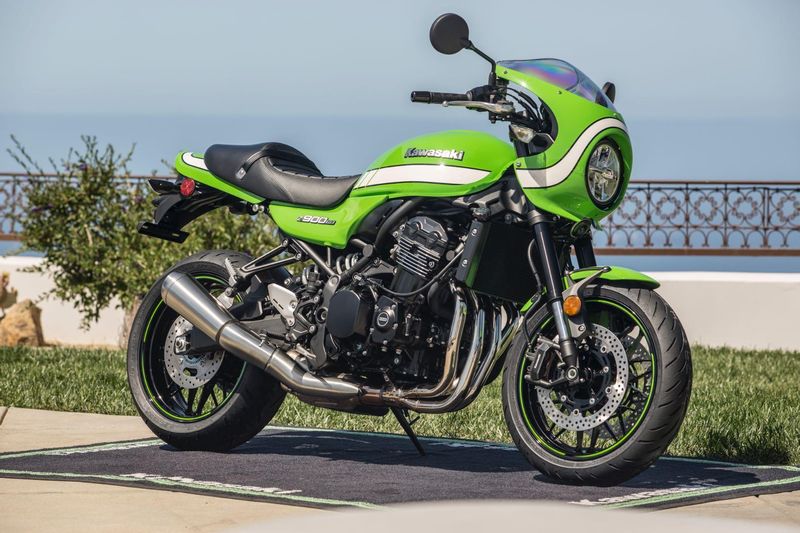 For all those who love the Japanese engines, Z900RS is a cafe racer, with a pinch of both retro and modern designs.

Also, the cast wheels are designed in a way that they look like alloys and spokes at the same time (or perhaps, we can call it a hybrid).

Plus, modern technologies like traction control and slipper clutch are all there in its DNA. (ABS is too common to consider. All bikes on this list come with an ABS).

The design does take you back to the 90s, doesn’t it? 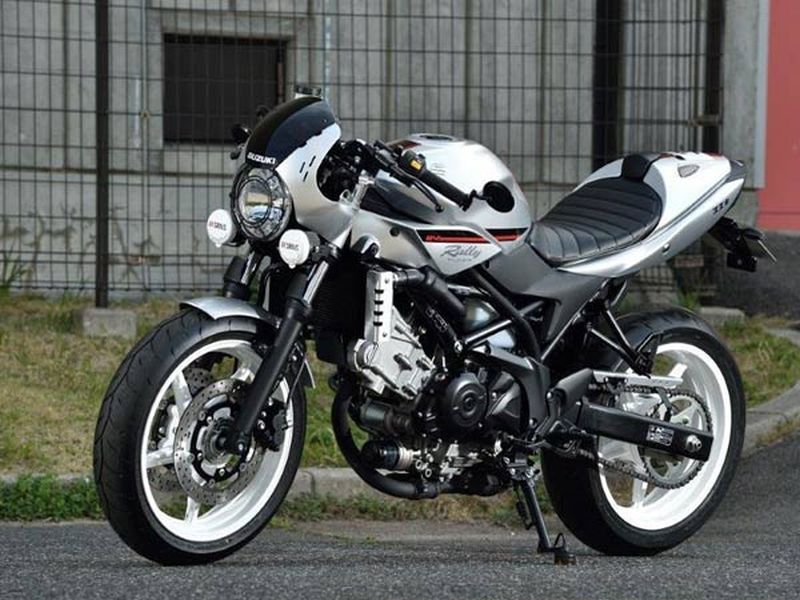 Straight out’a future. Well, we can say so. The looks of this bike are dynamic with a mild touch of classics around the headlamp and exhaust.

Apart from this, the bike comes with dual fog lamps right below the headlamp.

Also, slipper clutch and ABS are on the list of features.

Reviews say that it’s too good for its price. 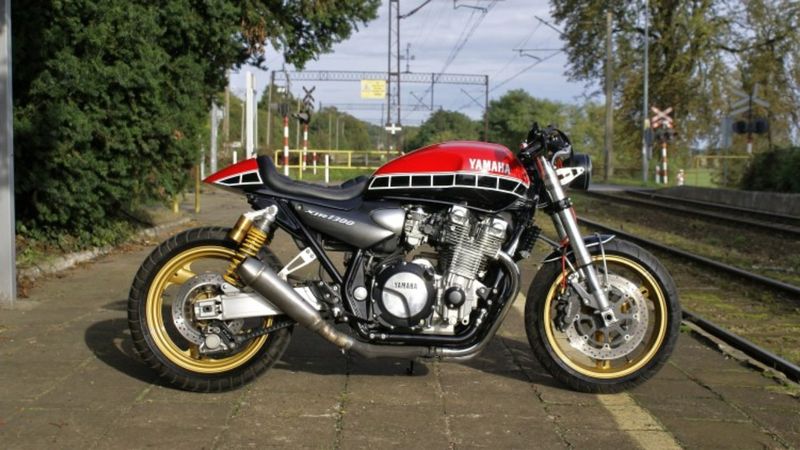 Let’s make way for another Japanese with an aggressively powerful 1251 CC engine.

Like the one on SV650X, XJR1300’s engine also has a four-cylinder in-line setup, that allows it to deliver 97 bhp.

And, the street plus cafe hybrid style of this bike is only its first attraction.

Equipped with all the latest tech, a stylish fairing, low bars, carbon fender, and pillion seat cowl, this machine also attracts eyes wherever it goes. 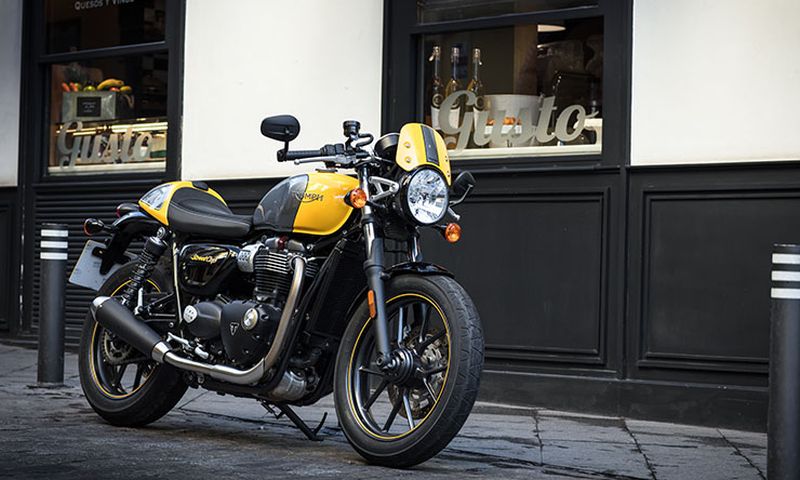 As the demand for cafe racers is going up, Triumph seems to have worked on modifying one of their bikes.

The Triumph Street Cup is not too different from the retro Street Twin.

In fact, almost everything is the same. Except for the low clip-on handlebars, fly screen, pillion seat hump, a powder coated/brushed exhaust and an eye-catchy yellow paint job.

Apart from this, the engine is a 900 CC parallel twin that creates 50 bhp of power and 80 NM of torque. 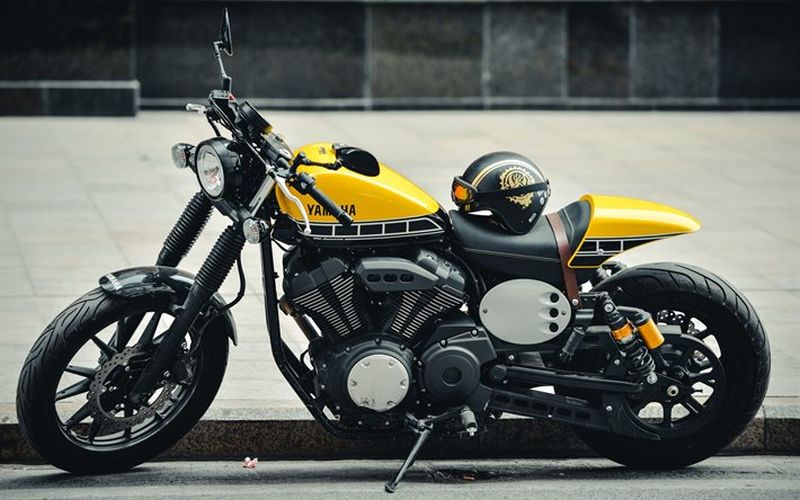 However, this one brings about a hybrid of cruiser and cafe racers. The bike’s horizontal body is long, with a seat height of 765 mm, and a low handlebar for an unmatched cafe racer experience.

The design delivers the rider a comfortable and dominant seating posture partly similar to the one that most cruisers offer.

For speed lovers, the bike easily clocks the speeds over 180 Kmph (112 mph). So, it’s a bike that allows you to ton up and go beyond as well.

Keep in mind that weighing at 251 KG, this is one of the heaviest machines on this list.

Cafe Racers are some of the most stylish motorcycles that attract a lot of attention, both online and offline. Here, we listed 10 of the top cafe racers that you can consider buying this year.

Just make sure that you get all the safety gear from a qualified shop like MXStore. This will assure your safety as you and your rockers cruise down the streets.

Hopefully, you enjoyed reading this article and found it helpful.

7 Great Tools for Improving Your Freelancing in 2022