Top 10 Asian Cuisines to Try While in These Countries

As with anybody who loves culinary travel, we enjoy sampling a variety of cuisines, but Asia is one of the greatest. You’re bound to like it for its variety, color, strong tastes, and liberal use of various spices, herbs, and seasonings. Travelers are particularly enthusiastic about Asian food.

Since Asia is the world’s biggest and most populated continent, it is home to an extremely varied range of dishes, each with its own unique set of ingredients and cooking techniques. But if you are sitting at the comfort of your home, you might want to visit websites like Recipes.net to get an idea of what Asian Cuisine is like. 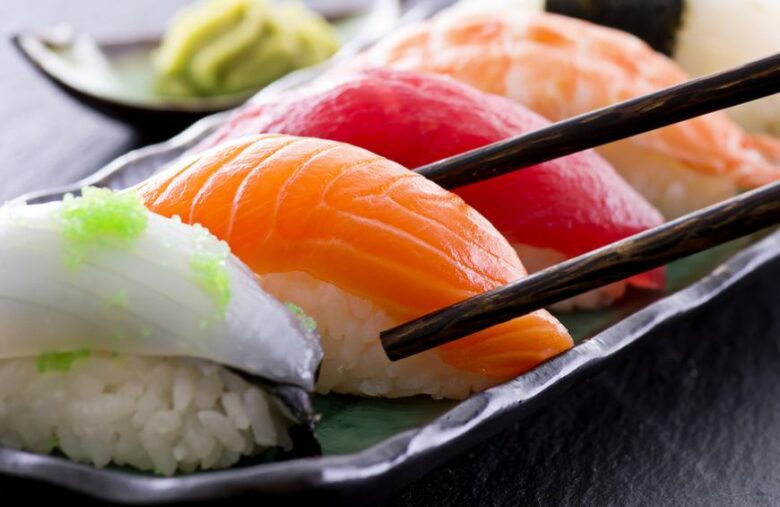 Japan has some of the finest cuisines in Asia and is one of the top culinary destinations in the world. Nigiri is a popular dish in Japan, but what is nigiri exactly? It’s a kind of sushi made with cooked short-grain rice and a protein, typically fish. Kyoto’s Kaiseki, a classic multi-course meal consisting of many tiny beautifully prepared dishes, is also a popular must-try. Traditionally prepared kaiseki dinners include an appetizer, seasonal courses, a soup course (suimono), a rice course (shokuji), cooked dishes, and dessert and tea. 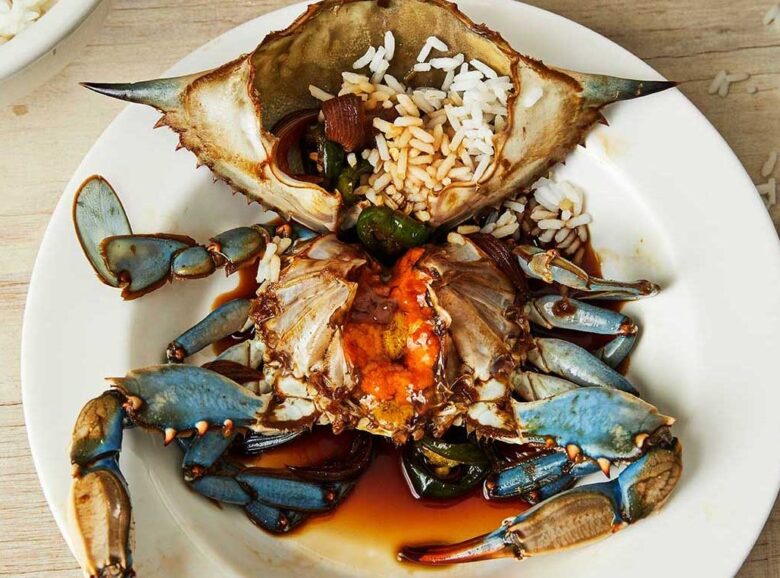 South Korea is thriving, in part due to its enormously successful music and film industries. Numerous individuals are smitten with K-Dramas, K-Pop, Korean gadgets, and cosmetics. Apart from that, South Korea is home to some of Asia’s finest cuisine.

Ganjang Gejang is a highly delectable and intriguing raw crab meal that is often considered to be South Korea’s ultimate cuisine. While it may not be as universally appetizing as Korean BBQ, many Koreans would tell you that it is.

Taiwanese cuisine is typically more moderate in taste than other Asian cuisines. However, what distinguishes Taiwan as an Asian cuisine lover’s heaven are the country’s night markets, which can be found in almost every major city. If you like Asian street cuisine, you’re going to adore Taiwan. Taiwanese night markets are associated with Taiwan. It’s one of the primary reasons food-obsessed visitors like us continue to return to Taiwan.

The flame-torched beef is one of our favorite meals to eat at night markets. Tender beef cubes are roasted over a grill before being charred and seasoned with teriyaki powder, salt, pepper, or cumin. 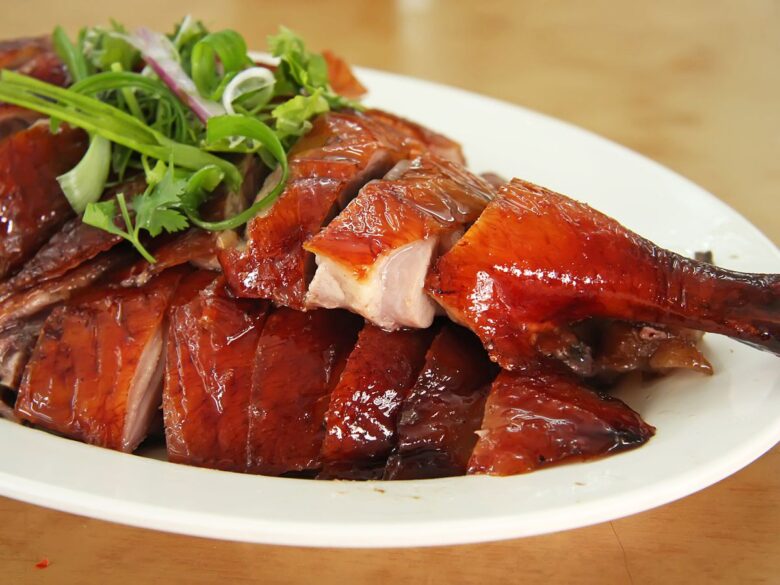 No list of Asia’s greatest cuisine would be complete without a few Chinese delicacies. Steamed hairy crab is a must-try in Shanghai. Shanghai hairy crabs are medium-sized burrowing crabs called for their furry claws resembling gloves.

Also, if you’re not in Beijing, you’re not eating Peking ducks. It’s worlds different and superior. Peking duck is a delicate, thin, and crispy imperial-era Chinese duck dish. A 65-day-old duck is killed and seasoned before being roasted in a closed or hanging oven. Its taste is very delicious and one-of-a-kind. 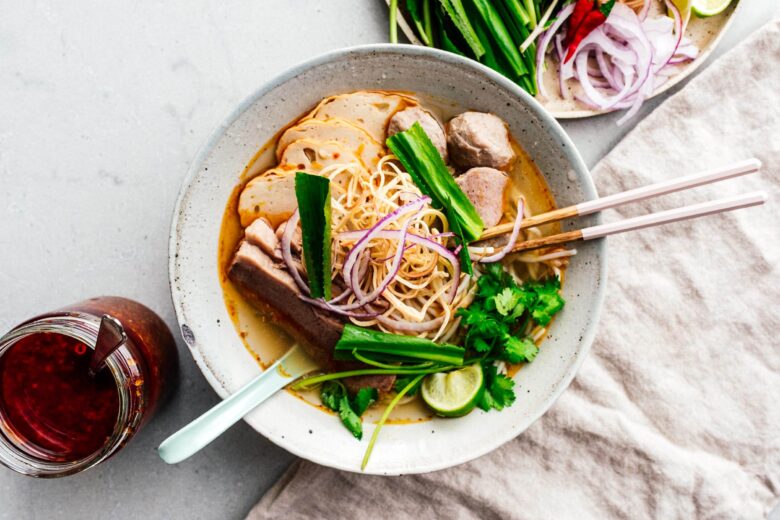 Vietnam has the finest cuisine in Southeast Asia. The one dish that would probably be considered the greatest is bun bo hue. Bun bo hue is a Vietnamese noodle soup that originated in Hue, central Vietnam, and is often referred to as bun bo. It’s composed of thin beef slices, rice vermicelli, and substantial beef shank pieces. 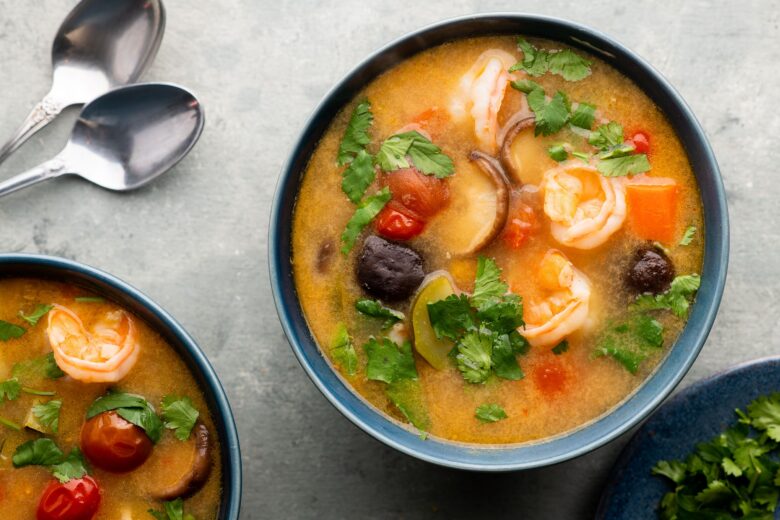 Thailand has one of the world’s finest cuisines and some of the most delicious street food in Asia. Many Thai culinary connoisseurs believe that tom yum is the best Thai dish. Tom yum is a Thai spicy and sour soup made with lemongrass, fish sauce, galangal, kaffir lime leaves, and crushed red chili peppers. Other proteins, like chicken or fish, may be used, but the most well-known version is tom yum goong, which is made with prawns.

While Filipino cuisine is not as widely attractive as other Asian cuisines due to its lack of intricacy and harmony, it is not without its jewels. When one considers the finest Filipino delicacies, pig sisig, and lechon from Cebu immediately spring to mind. However, there is one delicacy that you must taste in the Philippines: halo-halo.

Halo-halo, which translates as “mixed up” or “combined,” is a festive-looking Filipino dessert prepared of shaved ice, an assortment of toppings, and evaporated milk. Among other ingredients, you may use cooked kidney beans, macapuno (young coconut), garbanzos, kaong (sugar palm fruit), sweetened plantains, ube, and Leche Flan. 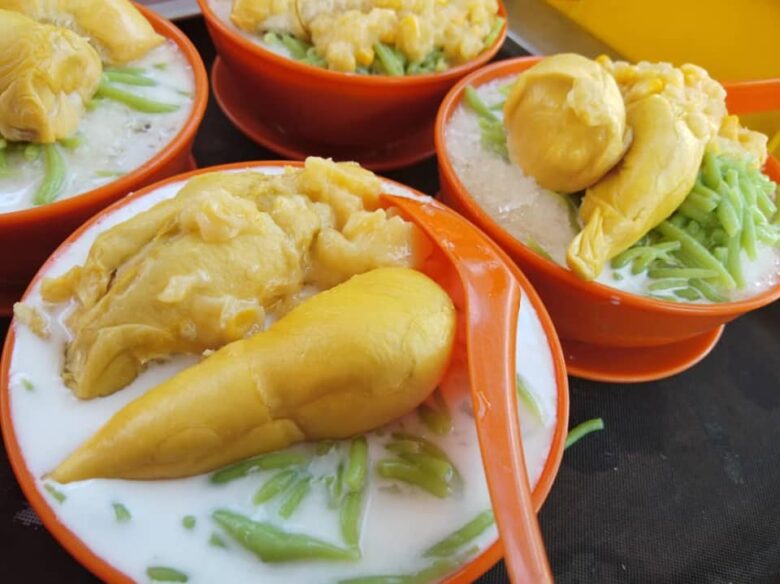 Numerous Malaysian cuisines have made their way over, and bowls of rice accompanied by a variety of veggies and other delectables are popular. Cendol, for example, is a popular dessert composed of shaved ice, jelly noodles, coconut milk, and palm sugar. Grass jelly, red beans, glutinous rice, and creamed corn are often used as toppings. Cendol is wonderful on its own, but when combined with fresh durian, it takes on a whole new level of taste. 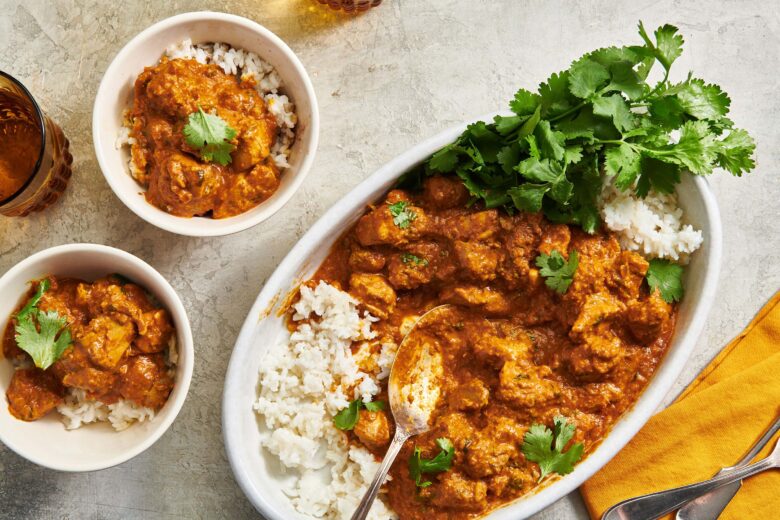 Any discussion of South Asia’s finest cuisine must begin with India. Murgh makhani, or butter chicken, has long been a traveler’s favorite. Murgh makhani is a north Indian dish that is credited as being created at Delhi’s Moti Mahal restaurant. One of life’s greatest joys is dipping freshly made naan, a type of flatbread, into a pot of butter chicken sauce. 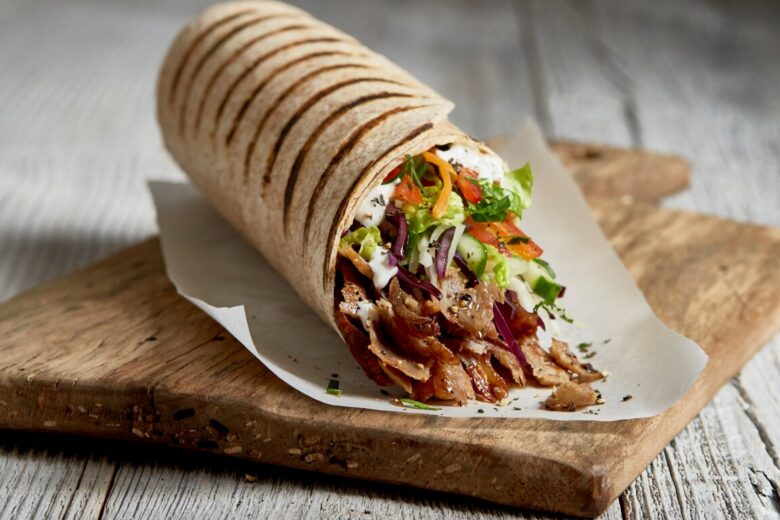 Turkish cuisine combines flavors from Central Asia, Eastern Europe, the Middle East, the Mediterranean, and the Balkans. It has a long and storied history and is regarded as one of the world’s most diverse and significant cuisines. It was difficult to choose a single dish to represent Turkish cuisine, but dürüm is the best. It’s delicious, it’s one of Turkey’s most famous street foods, and it’s made with doner kebab, a popular dish. The term durum refers to wrappers packed with doner kebab components. Made using lavash or yufka flatbreads, it is a famous local food snack or restaurant meal across Turkey.

Asian cuisine is vibrant and varied, making it impossible to limit it down to only ten dishes. Because these listicles of favorite foods are completely subjective, everyone’s top 10 will be unique. So if you want to know more you may visit Recipes.net! Hope it inspires fresh ideas for culinary experiences to seek out on your next visit to the area.

8 Tools That You Must Have For Making Perfect Fresh...