Where are American Pick-Up Trucks Manufactured?

The pickup truck remains a staple of US roads. Durable, tough and cool, there has always been a love of these vehicles in the USA. Today’s pickup truck is a rugged and powerful vehicle, one built to last, and usually combines the dual purposes of being a family car and a workhorse. But where are they made? Which are the most popular?

These are questions we are going to deal with in the article that follows, and you might want to have a look at this site if you’re an owner or a fan of pickups. Let’s get started by talking about the best-selling pickup trucks in the USA right now.

What are the Best-Selling Pick-Up Trucks in the US?

Among the top 10 best-selling vehicles in the USA in 2022 are no fewer than 5 pickup trucks! This is an indication of the ongoing popularity of this style of vehicle. In fact, the top-selling range of vehicles is the Ford F-series of trucks, with the F150 continuing to be the most popular of all. This venerable truck has been around for many years in different generations and remains a fantastic car and a very usable truck.

While sales were hit by the coronavirus pandemic, almost 800,000 of the F-series were sold. This compares to the next most popular vehicle, also a pickup, the Chevy Silverado. The F-series’ direct competitor is a similar vehicle yet one that also has its devoted followers. The Chevy vs. Ford battle has raged for decades not just in the truck market but also in other types of vehicles and continues to do so to this day. More than 580,000 of this impressive range of trucks met with new owners in 2022.

Third, on the list of best-selling vehicles is the venerable RAM Pickup range. These big and rugged trucks continue to sell in great numbers and offer excellent specification and performance and are something of an alternative choice to those who don’t want to be seen with the truck everyone else has. 560,000 of the RAM range were sold in 2022.

The other two trucks in the top 10 are the GMC Sierra and the Toyota Tacoma, both of which sold around a quarter of a million models in 2022. So, where are they built, these all-American flagships?

Where are Different Truck Brands Built?

It’s interesting that, in spite of the invasion of Japanese and European brands in the motor vehicle market, the US customer remains largely patriotic in his or her choice of a pickup truck. Let’s talk a little about where each is made. 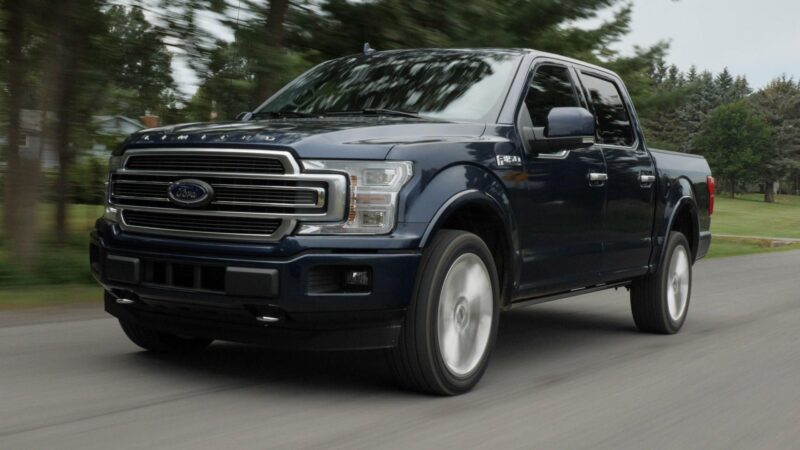 Firmly cemented as one of the most popular pickup trucks of all time – in fact, it’s fair to say the F150 in all its guises must rank as the most popular of all – the Ford F-series is an all-American success story, and a worldwide one too. It could not be more fitting that this series of trucks is largely manufactured at Ford’s legendary Dearborn plant.

The original Dearborn Assembly Plant – not far from Detroit A.K.A Motor City – was famously the site of production of the Model T from 1918 onwards, and the site remains as a site of historical interest alongside the Truck plant which was opened in 2004. The F-series is also put together at the Kansas City Assembly Plant in Missouri. 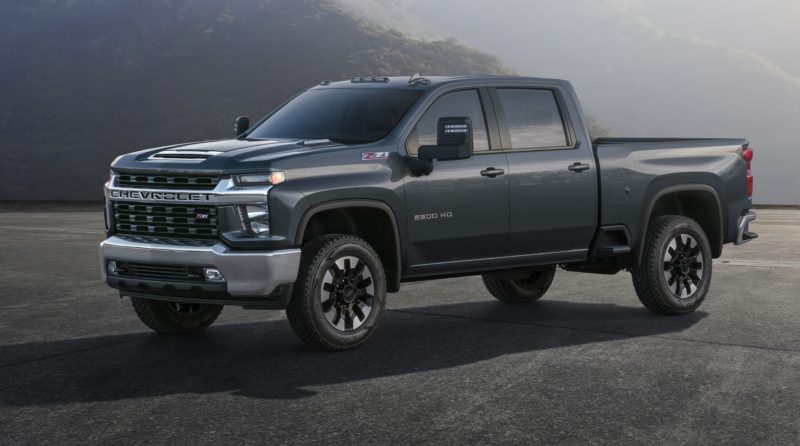 The iconic Chevy Silverado continues a long line of Chevrolet trucks that have always been popular. Part of General Motors, the largest of all the US motor vehicle manufacturers, Chevrolet builds the Silverado in four locations. These plants are located at Flint in Michigan, Fort Wayne in Indiana, Springfield in Ohio, and also at the company’s Mexican manufacturing site in Silao.

The Silverado has not achieved quite the worldwide success of the F150, but is a continually popular model with many Americans who value its build quality and performance. The Mexican plant at Fort Wayne also built its sister model, the GMC Sierra which is based on the same platform and uses many of the same components as the Silverado. 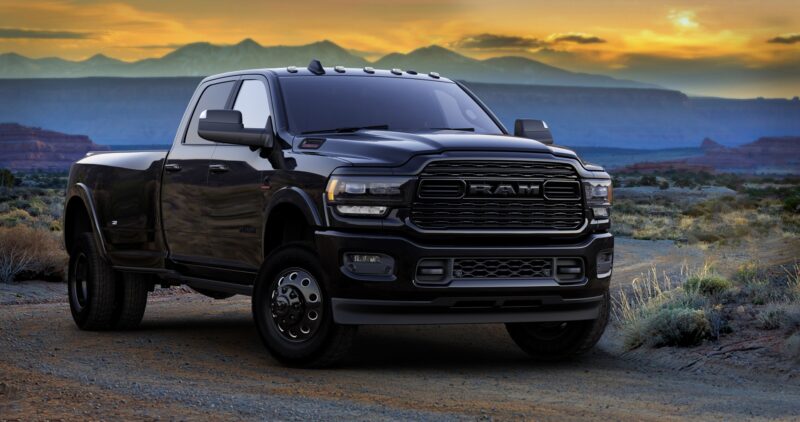 The RAM range is among the ‘most American’ of all, with RAM being a brand dedicated to building a range of popular, reliable and rugged trucks. The ‘classic’ range of RAM trucks remains as popular as ever, while a new series has been added to supplement the existing range and is also gaining fans.

RAM builds the classic range at three factories, these being the Warren Truck Plant in Warren, Michigan and the Saltillo plant in Mexico. The new generation of Ram Pickups is made at an up-to-the-minute plant located in Sterling Heights, Michigan. 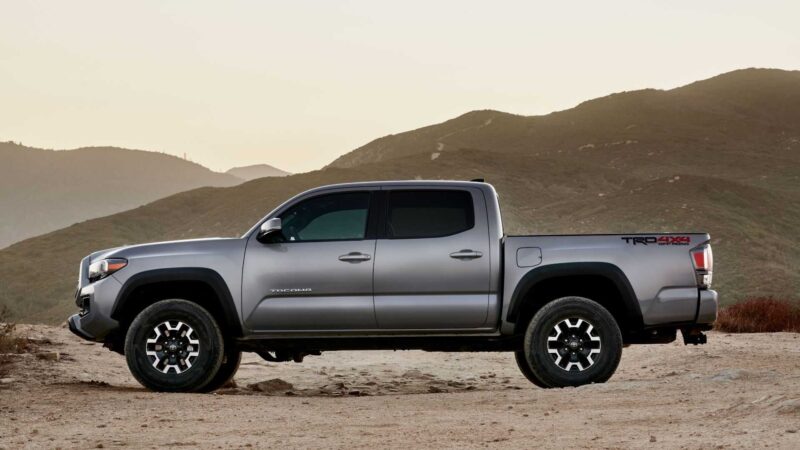 If you are intending to buy a pickup truck we recommend you check out the Toyota range, including its best seller the Tacoma. The Japanese giant has long had a following in the USA, and the build quality of Toyota vehicles is simply second to none. But surely, we’re talking about American trucks here?

The Tacoma – along with the bigger Tundra pickup – is built at the Toyota plant in San Antonio, Texas, while the smaller vehicle is also produced in Mexico at two Toyota factories.

Which would be your choice now you know that all the top pickups in the USA are built locally? Would it be the perennial favorite the Ford F150, a stalwart of American roads and the most popular pickup of all time? Or are you a Chevy or GM fan, and like the look of the Silverado or the GMC Sierra? Perhaps you want to feel like a real trucker and go for the truck specialists, RAM, with their exciting Pickup range? Finally, are you one who appreciates Toyota’s excellent build quality and reliability, and who wants a mid-size truck such as the Tacoma?

The choice is yours, so have another read and find out more about these top-selling trucks and where they are made, and enjoy driving an American vehicle like no other.

Is Relocating to LA Is the Right Decision for You

8 Tips On How a College Student Can Stay Healthy