Ever since ancient times, people would create patents for the creations to prevent other people from stealing their ideas. There are documented patents even from Ancient Greece. Ever since then, there have been billions and billions of patents in the United States and the rest of the world, but only a small percentage of them become successful and real-life products.

However, when you think of someone that invents a new problem-solving item, you are probably thinking of some weird scientist in a lab coat. Contrary to popular belief, most inventors are just regular people who have thought of a solution to a common problem. In this world of innovation, celebrities have also shown interest in creating items that pose as a solution to certain issues. What is different about celebrities as inventors are the fact that they have the money and influence to push their product forward, increasing their chances of it succeeding.

Here are some items that have been invented by famous celebrities.

Eddie Van Halen is one of the most influential guitarists, songwriters, and musicians in the history of mankind. He is most famous for his band that he formed with his brother Alex Van Halen who was a drummer. Their band reached enormous amounts of fame and Eddie was constantly regarded as the number one guitar player on the planet.

Once the band Van Halen became so popular around the world, Eddie wanted to think of more and more unique ways of playing the guitar, impressing his fans even further. He thought of a technique of playing notes by tapping on the strings with all of his ten fingers. Unfortunately, this technique made it hard for him to hold his instrument which is where he got the inspiration for his innovation. He created a support that would hold his instrument steady while using his technique. Eddie believed that this type of support would help a lot of new players to easily control the instrument.

James Cameron has been proclaimed to be one of the best filmmakers in the history of the movie industry. He’s most famous for his work in The Terminator, Aliens, Titanic, Avatar, but most importantly, The Abyss. During the end of the 1980s, James felt that there wasn’t any film that has properly captured the atmosphere of the deepest parts of the ocean. This was James’ inspiration for The Abyss who revolves around an American team racing against the Russians to recover a submarine.

Capturing scenes underwater so deep in the ocean is almost impossible, especially if you do not have the right equipment. This is the moment Cameron had a huge inspiration and thought of an apparatus that would allow people to be propelled through water easily. By strapping a couple of cameras on this underwater device and a person who would operate them, he managed to capture beautiful scenes like no other. To this day, this underwater apparatus is still used by many filmmakers. If you have been inspired just like James Cameron and you have an idea that you believe will succeed, check out Invent Help YouTube Chanel. They can help you realize your innovation into a real product. 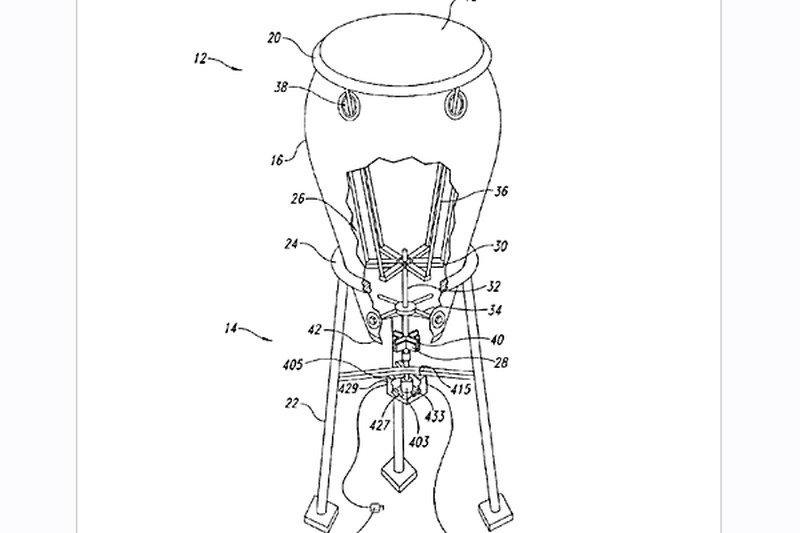 Marlon Brando was an American actor that had a career in the film industry for over 60 years. During his time, he has won dozens of awards and he has even won an Oscar for the best actor twice. He is one of the most recognized actors of the 20th century and many people praise his way of interpreting his character in movies. He is most known for his roles in The Godfather, Last Tango in Parise, Apocalypse Now, Viva Zapata and many more.

But, for Marlon, movies weren’t the only thing he wanted to be creative with. He also wanted to invent a device that would help him and others with problems he had faced in his lifetime. This is why he invented the drumhead tensioning device which would ease the work of tensioning the drum or the conga head. Unfortunately, he first submitted his patent in 2002 and just a few years later he passed away and never managed to finish his product.

Prince was an American singer, songwriter and amazing dancer that was usually regarded as one of the most versatile musicians in the music history. He is recognized all over the world and his ability to sing the highest and the lowest notes was remarkable. Prince has sold over 100 million records which puts him at the number one spot as the best-selling music artist.

Prince was creative in every aspect. He wanted to impress his audience every time he walks out on stage. He would wear fabulous outfits and he would dance in a way no one has ever before. Prince was trying to be unique in every way possible. He was so creative that he also wanted to make some changes with the electronic keyboard musical instrument. He wanted to make it lighter and portable, making it easier for him to both dance and play on the instrument at the same time. However, we are not sure if his invention ever saw light.

If you haven’t heard of Jamie Hyneman then you have definitely heard of the MythBusters which set a special standard for educative television series. Together with his coworker, Adam Savage they have tested hundreds of myths, have made hundreds of explosions and a bunch of other crazy stuff. During his time on the show, Jamie received an Engineering degree from Villanova University.

Since then he has created all kinds of machines and apparatus that he used together with Adam Savage, but his most remarkable one was the remote-controlled device with gyroscopic stabilization.

There are many other celebrities that have thought of amazing products, but we believe that these five have thought of one of the most genuine and interesting innovations.

Amanda Lepore: Transgender Model With the Most Expensive Body on Earth