Visiting Egypt is probably on many people’s bucket lists and for a good reason. We’ve all heard about the amazing pyramids and valley of the kings, but to experience Egypt to the fullest, you’ll need to consider some special rules that are usually not common in the western world. Here, we’ll address some of the concerns and expectations you might have.

This is oftentimes the number one question on everyone’s mind. Statistically, violent crimes in Egypt are considerably less than in western countries. Not to say that there haven’t been any incidents, notably five in the past eight years, but if compared to the USA and European countries, that is negligible.

That being said, you should know that you will see the military and police everywhere you go. The presence of the armed forces is very common, and even though it will make you very anxious in the beginning, it will also give you a sense of added security. Be prepared to go through many police and army checkpoints, even when entering a hotel.

It’s pretty much like going through an airport security check; your bags will be scanned and you’ll go through a metal detector. However, there are some areas you should stay clear of, like the Sinai Peninsula and western Sahara. If you stay within tourist attractions localities, expect a great level of security measures due to Egypt’s effort to stay on the map as one of the greatest tourist destinations.

Do I need a Visa?

Most likely. Citizens of the USA, Australia, Russia, EU countries, and many more are required a visa upon arrival. This is an easy process that takes place at the Cairo airport. Just before passport control you can purchase a visa for $25, and be on your way. While at it, we should mention that you can get a SIM card at the airport which you can use throughout Egypt.

When is the best time to visit Egypt?

The best time to visit would be from November through March when the temperatures are not unbearable. During these months you can expect a little bit of rain and haze in the morning hours in Cairo. Still, the busiest time is December and January. You should avoid summer months due to the oppressive heat that can go up to 130 degrees (55 in Celsius). For in-depth information about climate and best times to visit you should check out this website.

Is tap water safe for drinking?

No. It’s not even safe to brush your teeth with it. So, make sure that you have a lot of bottled water with you at all times. Your hotel will provide plenty, but when going on the tourist sites bring your own, A lot of it. Also, bring your own toilet paper since the bathrooms are usually not stocked with it.

Tip everyone for everything 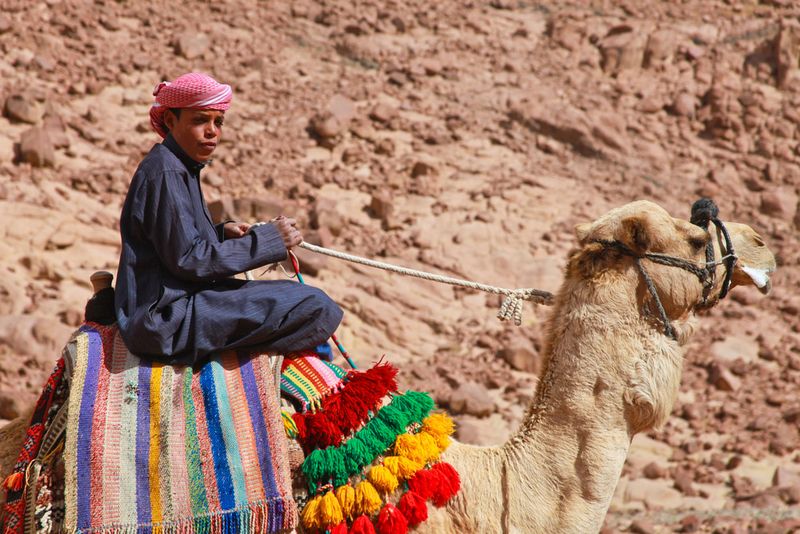 First of all, Egypt is not one of the expensive destinations. 1USD goes for around 15EGP (Egypt pounds), which means that tipping won’t make a huge difference in your expenses. Who should you tip? Almost everyone. In Egypt, there are bathroom attendants that make sure toilets are always clean, and for that service, you are expected to give a tip.

When visiting pyramids and temples, you should tip the person taking photos of you, if you agree first of course. If you take a photo of a temple, or an attendant standing in the front, or a camel, or just about anything on a tourist site, you are expected to give a small tip, meaning around 5EGP, or about $0.3. In restaurants, tips are usually around 10% of the tab. One more tip: forget about credit cards in Egypt.

The majority of services are paid in cash, so make sure you always have some on you. ATMs are everywhere so this shouldn’t be a problem for a wandering tourist. Withdraw as much as your bank will allow you because even if you find a credit card machine somewhere it’s probably out of order.

Should I hire a tourist guide? 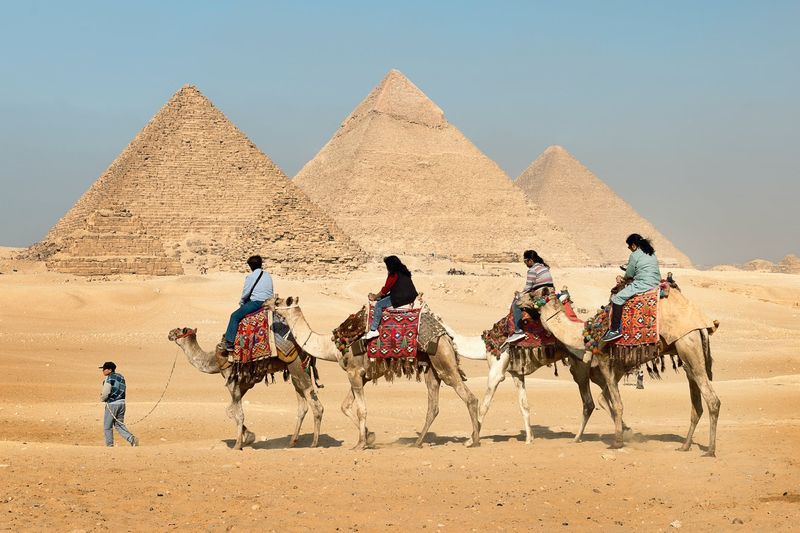 If you have any doubts regarding the safety or don’t know much about Egyptian culture and history, it might be the safest bet to hire a guide. However, many people skip this expense and just book their visits before they come. This way you will have some plan, and if you do get confused, we should mention that Egyptians are very friendly people, so don’t be afraid to ask; they will go out of their way to help you out.

Ways to save on tourist attractions

Children ages 5 and younger get in for free in every tourist site. Older kids, 6 to 12 usually get major discounts as well as students with International ID. There are Cairo and Luxor passes that cost up to $200.

This might or might not be worth it for you, depending on how much time you plan to spend visiting these sites. Also, if you plan to snap some unforgettable shots, with something besides your cell phone, be prepared to paid so-called photography passes. These passes are also necessary if you are recording a video with your cell, and it goes for around $20. 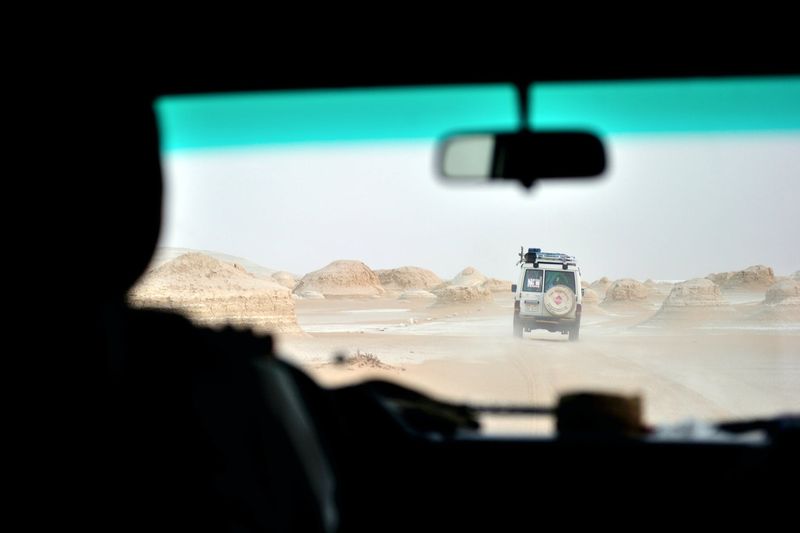 Not only that we don’t recommend driving in Egypt but we call for your full attention when it comes crossing the street. Traffic in Egypt is chaotic, to put it lightly. Driving laws and regulations may seem nonexistent. We’re sure that some local rules are incomprehensible to westerners.

Roads are congested as you’ve never seen before, with little mopeds usually driving in every possible direction regardless of the traffic. There are no painted lines on the road since they would be useless. Also, police officers don’t speak much English. The best way to go around Cairo, as well as outside of it, is to hire a driver.

They know their way around and are used to the mess and confusion on the roads. They also speak native Arabic language saving you a lot of time in communication with the police. Outside of the city limits be prepared for a fast and furious ride, since country roads are not congested.

To put it simply, Egypt is a once in a lifetime adventure and you should put it on your to-do-list.

Top 10 Tourist Attractions in Egypt you Must Visit in...

Top Tips to Prepare for Case Interviews in 2022