Rugby is well known for its social trend of beer drinking and that is only to start the game with, it can get quite raucous later when everyone is back in the clubhouse. Every club has its own version of drinking tributes either by the fans or the players themselves.

All Black international, Chris Laidlaw once said, ‘Beer and Rugby are more or less synonymous.’ Couldn’t agree more! Here is a game selection of drinking exploits to whet your whistle in this noble sport of rugby.

Whether you are at a match or watching it live on TV a rugby match game guide on when you must drink but first let’s get the terminology of the different types of taking a drink of beer or, indeed, a shot. 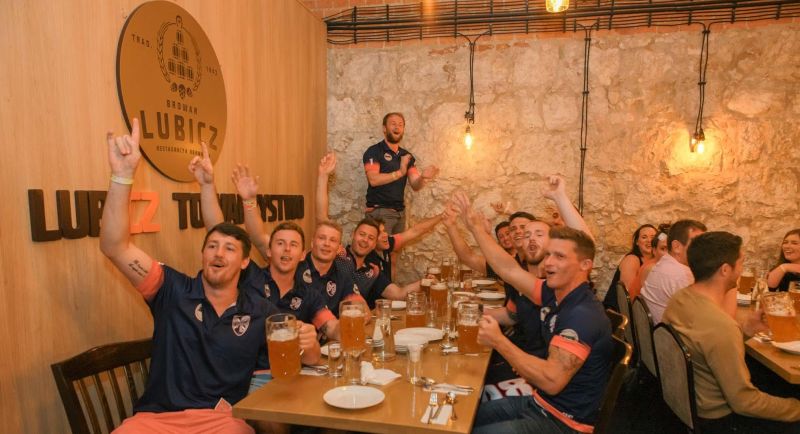 If you are a spectator at a match then it is more convenient to stick to beer only as shots are hard to come by pitch-side.

Watching a televised game in the pub there are variations to the rules as access to the amber elixir is, as they say, on tap plus the shots come into play too. Usually, you will be with friends who support the other rugby side to other friends in the group, so, the rules can apply to which team you follow when watching the game. 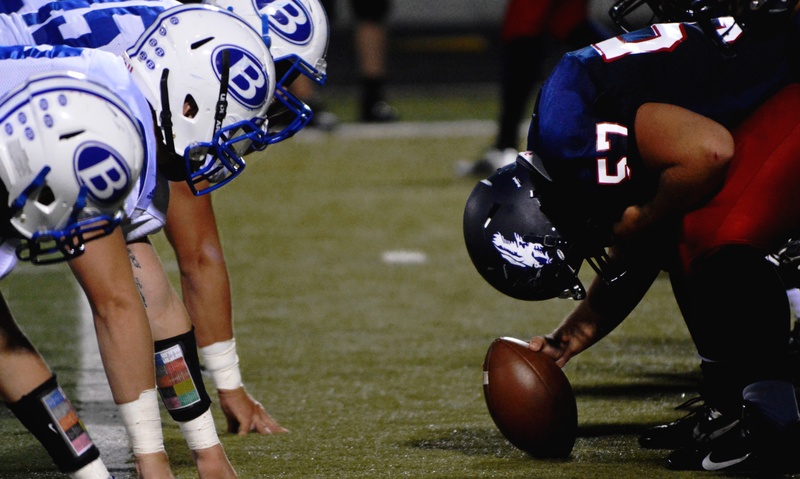 The Commentary (All group members drink in this one)

Down your pint and get another round inimmediately!

1 x Gulp for each of these words used by a coach or team captain in his post-match interview.

When the rugby season ends many clubs look for summer tournaments to celebrate the season’s successes or organise an end of season tour. A lot of tournaments at community level often promote a more relaxed atmosphere by encouraging exhibition rugby and playing 10’ or 7s instead of the usual 15s. 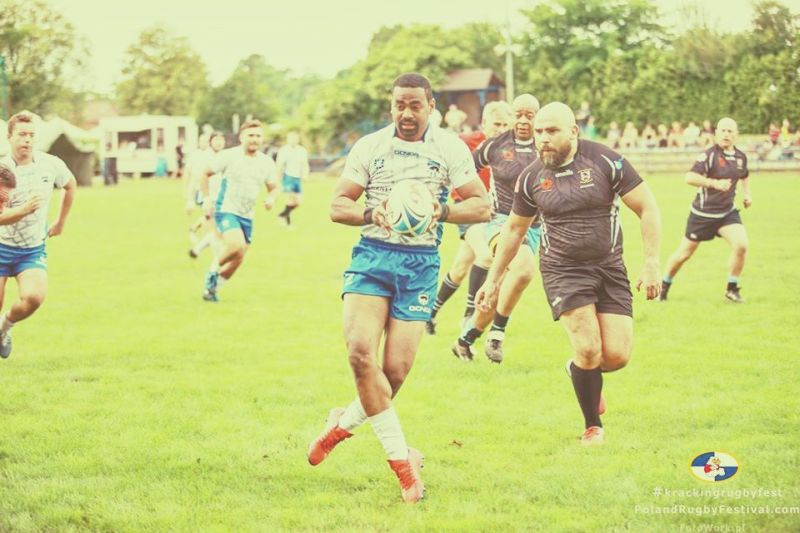 According to polandrugbyfestival.com the Krakow Rugby Festival is one such tournament with 10-a-side for the men and 7s for the women. The special and highly appreciated feature of the KRF’s popularity is unlimited beer and cider for the entire weekend, from 8pm on the Friday until midnight on the Sunday. The KRF has skill and drinking games included in the format plus a trophy for ‘Best Drinkers’, a fantastic challenge indeed. The KRF drinking game is played by all teams attending with the men competing with the women at the same time.

It’s called The Stretcher Race, it might seem boring at first but wait until you find out what’s involved. The KRF stretchers are military field stretchers built to last from WWII and weigh a ton, they are placed in the try area. Each team has 6 players, 4 carry the stretcher that survived WW2 with a 5th person on the stretcher and the 6th person on the 22m line with a beer bong and pint ready to administer it to the person carried on the stretcher who has to down it without stopping. 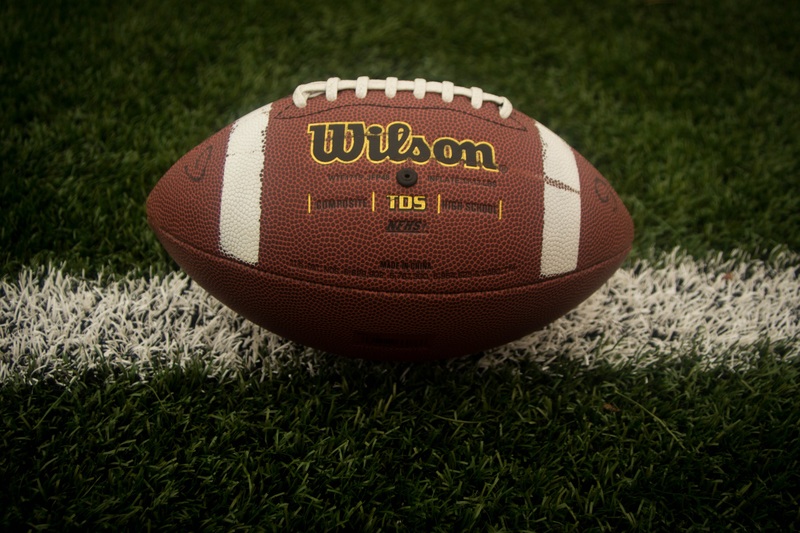 However, the 4 carriers must eat a gherkin and drink a shot of vodka before they can run to the beer bong person. The winning team is whoever arrives back to the try line first with said person intact on the stretcher after completing 2 successful runs with a change of person on the stretcher for the second run.

You are thinking that’s easy enough but don’t forget that you have been drinking since Friday night and it’s now Sunday afternoon, so, believe me this game has provided some hilarious moments, especially with the beer bong shenanigans.. To see some highlights of the KRF Stretcher Race have a look below:

The social side of rugby is an extremely important and integral kingpin of playing the game, you just don’t play and go home. You have to go back to the club house bar and sing a few songs which invariably involves drinking alcohol or other dubious substances and removing articles of clothing. 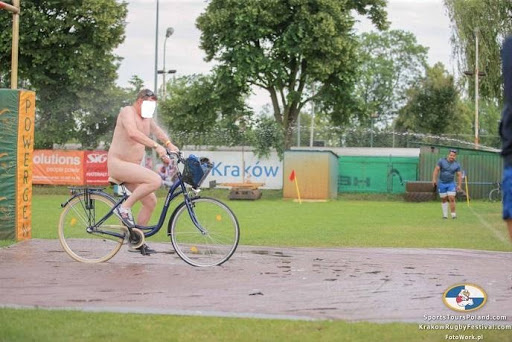 Rugby and nudity is a weird combination and there is always someone up for it! Rugby songs are very often ‘blue’ in content meaning they can be quite lewd and a lot sexual connotations inferred in the lyrics from some well-known tunes, an example would be:
Do your balls hang low?
Do they dangle to and fro?
Can you tie them in a knot?
Can you tie them in a bow?
Can you sling ’em o’er your shoulder
Like a Continental Soldier?
Do your balls hang low?

This is sung to the tune of Do your Ears Hang low https://youtu.be/Asilllx2dbg a children’s all family sing-a-long. The first verse and chorus from the musical Oliver, Food, Glorious Food goes:
CHORUS:Beer, beer, glorious beer,
Fill yourself right up to here.
Drink a good deal of it, make a good meal of it.
Stick to your old fashion beer,
Don’t be afraid of it, drink till you’re made of it.
Now all together a cheer,
Up with sale of it, down with a pale of it.
Glorious, glorious beer.

There is no other sport that bonds you to the team like rugby does in existence, although some antics could be considered OTT for non-rugby people we rugbyists can’t live without it.

How to Lead a Comfortable and Stress Free Life Post Retirement?